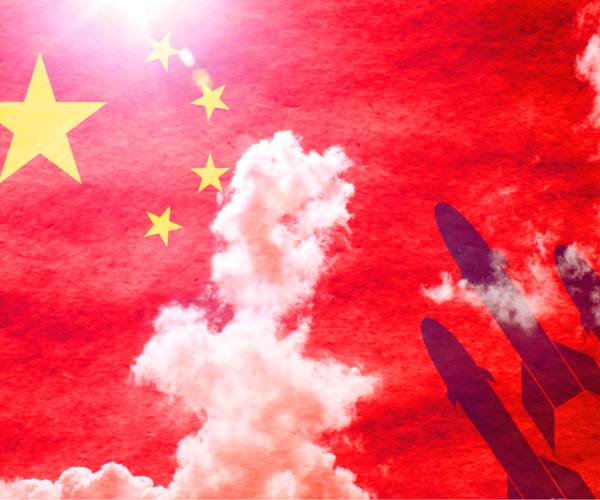 There is no doubt that China’s communist regime made the COVID-19 pandemic much worse across the globe by hiding the truth and affirmatively lying to the world about it. The totalitarian regime’s mendacity is highlighted by the fact that while it lied about the virus, it was collecting medical materials to deal with the pandemic.

Another impact of the pandemic is that it has distracted us from some other very dangerous and troubling things that the communist regime is doing. For example, China is conducting secret and illegal nuclear weapons tests. Likewise, China is developing a new generation of missiles that put Americans at much greater risk. And they’ve been acting provocatively on top of it all. If COVID-19 can fundamentally disrupt and destabilize American society, imagine what Chinese missiles could do.

We live in a nation of great research and development capabilities. At this very moment, the Pentagon is working with thousands of contractors to develop the next great development in defense weaponry on planet Earth.

Research and development are key to our survival and we should rest easy that we are the best at it in the world. As long as we are vigilant, we will keep ahead of the threats. But we cannot afford to set our eyes so far into the future that we fail to see the now. Puzzlingly, that is the exact situation our leaders are putting us in when it comes to our homeland missile defense capabilities.

As the global threat of Intercontinental Ballistic Missiles (ICBMs) is growing, the Pentagon recently committed to developing the Next Generation Interceptor (NGI). We have come a long way from President Reagan’s “Star Wars” and have developed reliable technologies and weapons to literally “intercept” and destroy a warhead in the air.

The NGI promises to not only address current threats we face from rogue actors like North Korea and Iran to world-power enemies like China and Russia, but will evolve with both enemy and American technologies.

Like any government initiative, the details are in the timeline. The NGI is estimated to be operational by 2026. We all know the Federal Government’s ability to miss deadlines, but we will give them the benefit of doubt on this one and say that America’s new missile defense to protect all of us will be operational in 2026. But some experts are speculating the technology will not be ready for as many as 12 years.

The possible mistake I foresee is the sacrifice of the “now” for the “next.” The gap between now and 2026 or perhaps 2032 is an unacceptable risk.

America has spent billions of dollars, tested and retested, and ultimately placed our homeland missile defense in our current Ground Based Interceptor (GBI) technology and infrastructure. Currently, the United States only has 44 interceptors in our arsenals based in Fort Greely, Alaska, and Vandenberg Air Force Base, California.

As Russia and China invest heavily in their military abilities, is it really in America’s best interest to leave the entire Eastern portion of our nation vulnerable and undefended? Sure, possibly in 12 years we can see a scenario where the technology can make up for that lack of defense, but to not place it there in the meantime?

It is purely American to desire a better technology than what we currently have, but it would be negligent to take funding and emphasis away from the proverbial basket in which we have placed our homeland defense. Actors like North Korea are not attempting to meet the technology we may or may not have in a decade, they are attempting to come up with ways to get around our current systems that we have in place.

Let’s think back to late last year when America was on the brink of war with Iran. We were not able to intercept the missiles that we knew were coming, targeting bases we have occupied for over a decade. That should sound alarm bells that we need to focus on beefing up our current GBI technologies across the board. The whole situation should offer mainland Americans a cold shiver when it comes to thinking about our current vulnerability.

Our desire to invest in building the better mouse trap should be met with equal investment in our current technologies and infrastructure. America does not have to choose between investing in current technology and charting a new future for missile defense.