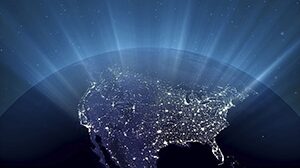 And that some Senators are considering adding the bill in the dark of night into a “must pass omnibus spending bill” is truly sinister.

According to recent news reports, Senator Lisa Murkowski (R-AK) and Senator Joe Manchin (D-WV) are pushing for a far reaching energy bill that is shockingly similar to the New Green Deal to be shoe-horned into the “must-pass” government funding bill that is being negotiated during the remaining days of the lame duck legislative session.

The Manchin-Murkowski energy bill is a horrible piece of energy legislation that would endanger America’s energy independence, increase costs to consumers, kill jobs, and is effectively the Green New Deal light.  If the bill were a piece of stand alone legislation, it would be entirely worthy of outright defeat which is precisely why the Senators are trying to attach it to “must-pass government funding” legislation where there would be no real opportunity to review and debate the far reaching consequences of the bill.

This energy bill includes language lifted from the Green New Deal that would commit our nation to very costly and even highly impractical regulations that would restrict energy choices to either 100 percent renewable sources or zero emission sources. This 100% provision as a “Sense of Congress” is dangerous because it would give future Energy Department bureaucrats a blank check from Congress to impose virtually any energy regulations that suit their fancy. This is not government accountability — it is the precise opposite.

While innovation and the marketplace will continue to find cleaner and cleaner ways to provide consumers and our economy with needed energy, government regulations that attempt to force the issue will compel us into high cost solutions and do far more harm than good.

Even if one thinks that some of the ideas contained in this energy bill deserve consideration, this “slight of hand” procedural move should be universally opposed because it will rush us into radically different direction with virtually no debate or discussion. The economic costs and the job creation costs are obvious. But even national security and foreign policy could be impacted.

Making America less energy independent or forcing energy shortages on America does not make us more secure or help us keep aggressive adversaries like China or Russia at bay.  To be blunt, China and Russia have to be cheering this effort. They would be its biggest beneficiary. It is the equivalent of the United States voluntarily shooting holes in our Olympic runners’ feet just before the start of their race.

Major shifts in important public policy that will have significant economic and even national security implications deserve full consideration and should not employ procedural chicanery to help them pass in the dark of night with no significant discussion, review or debate.

Senators Murkowski (R-AK) and Manchin (D-WV) both have a reputation for being moderate — politically speaking — but there is nothing moderate about their energy proposal. Its impact will harm America economically, reduce job growth at a time we desperately need more jobs, and increase consumer costs to Americans already struggling to make ends meet. On the international front, our adversaries in China and Russia and around the globe have to be cheering this effort.

The fact that the bill may contain some worthwhile reforms or provisions is largely irrelevant and cannot be a reason for supporting it. Let’s be honest, if you were offered a piece of cake that was made with only 5% poison, you would wisely decline and toss it in the trash. This bill is more than 5% poison and should be discarded with enthusiasm.

We urge Senators to opposed this move to radically change American energy policy in the dark of night and without serious debate and review. This is a bad energy bill. But the idea of passing it in a procedural move that hides it from the American public is truly sinister. Any Senator supporting this effort is unworthy of their office.