Analysis: Media’s Biden Standard of ‘No Evidence’ Is a Double Standard 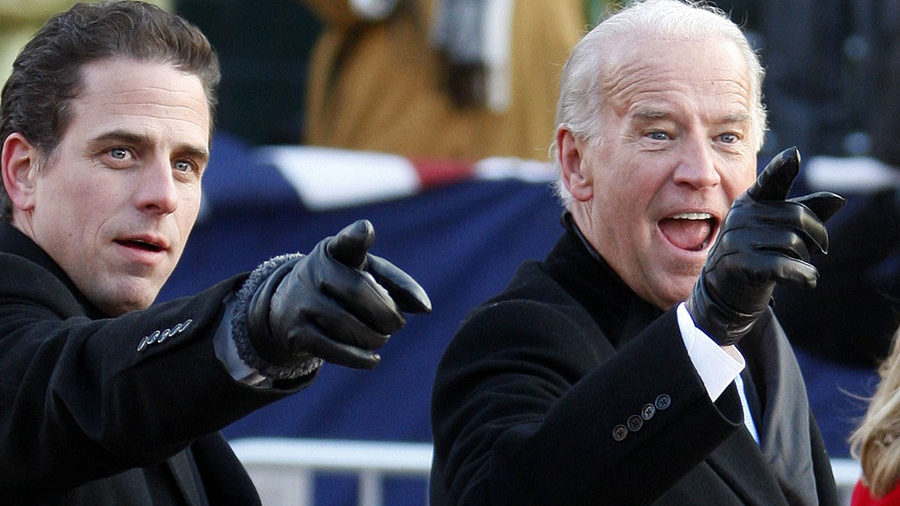 For three years many of journalism’s most prestigious news outlets won acclaim for making and repeating claims President Trump and his team had colluded with Russia to steal the 2016 election. No accusation, from secret meetings in Prague to tales of prostitutes peeing on beds, was deemed unfit to print. When they wanted to signal to readers that they were conveying claims instead of facts, their hedge words of choice – “unverified” or “not yet proved” were favorites – strongly suggested that confirmation was on the way.

Call it the Trump Standard.

Now those same news outfits are observing a new standard of proof, at least when it involves former Vice President Joe Biden and his son Hunter, who enjoyed a lucrative relationship with a Ukrainian gas company. This new norm demands that, absent definitive proof, assertions must be labeled as “without evidence” or said to be supported by “no evidence.”

Call it the Biden Standard.

Journalists have been appropriately skittish about appearing to spread Trump talking points – especially his accusation that while serving as vice president Joe Biden demanded a Ukrainian prosecutor be fired because he was investigating the gas company, Burisma, that was paying his son Hunter tens of thousands of dollars  a month.

Trump’s allegation has not been proved. But Joe Biden was the Obama administration’s point man on the Ukraine. His son has said Burisma probably hired him because of who his is father and Joe Biden did demand the prosecutor’s firing – because, he says, the prosecutor wasn’t doing enough to root out corruption. Still, the Burisma probe was dropped.

Normally media would greet such an arrangement skeptically, to say the least. A politician’s son making hay in a business over which his father has some sway? That’s the sort of stuff traditionally met with journalistic lectures not only on the evils of conflicts of interest but on the perils of the mere appearance of such conflicts. Instead, in this instance, reporters and editors have read from the same script to diminish and discredit such concerns.

Reporting on corruption at Burisma, the Wall Street Journal was quick to assure readers “there is no evidence to suggest they [the Bidens] broke any laws.” As for the allegations that Hunter personally profited from his father’s position, Politico seemed to contradict Hunter himself, casting them as “claims for which there is no evidence.”

But none have outdone the New York Times. As far back as May, the Times pronounced “No evidence has surfaced that the former vice president intentionally tried to help his son by pressing for the prosecutor general’s dismissal.” Last month, the Times declared at least half a dozen times that there was “no evidence” of Biden wrongdoing.

There is ample evidence for key parts of the story. Hunter Biden, for example, has publicly admitted he exhibited “poor judgment” in taking money from Burisma.  The Obama administration was concerned enough about Hunter Biden’s employment that Marie Yovanovitch was coached on how to answer questions about it in her Senate confirmation hearing to be ambassador to Ukraine.

For those who might find the repeated assertions that there is “no evidence” of Biden wrongdoing overly generous to Hunter Biden, there are good reasons for even them to embrace it in other contexts. Under the Biden Standard, editors would be encouraged to take out their blue pencils and mark unsubstantiated accusations with the simple and obvious acronym.

Jon Marshall is an assistant professor at Northwestern University’s Medill School of Journalism. He advocates an even-handed standard of proof that is strict by today’s usual practice. “I think for journalists to count something as ‘evidence,’ there needs to be a reliable, verifiable source of information,” he says. “Examples of what I would count as evidence include court documents, government studies or data, scientific reports, business records, and a reporter’s own investigations to name a few.”

To date, Donald Trump has not enjoyed the benefits of the Biden Standard. When the Christopher Steele “dossier” was made public, the media reaction was to believe it – or at least to entertain it – unless and until it was disproven. Instead of demanding evidence to prove the claims, reporters said the allegations were just as yet “unverified.”

Back in January 2017, when the dossier was new on the scene, NPR called it an “explosive — but unverified – document that alleges collusion between Russia and President-elect Donald Trump.” Under the Biden Standard it would have read that the dossier “alleges without evidence collusion. …”

When the Mueller report finally came out, the New York Times allowed “some of the most sensational claims in the dossier appeared to be false.” And yet the Times was still not prepared to let go of the story of “Mr. Trump’s alleged dalliance with prostitutes” in Moscow, which the Times declared “neither proved nor disproved.” But of course, the “alleged dalliance” could have been proved, and easily: just produce the supposed tape. In the absence of the tape, the Biden Standard should apply. It’s simple: If there isn’t evidence, there isn’t evidence.

Marshall of the Medill School would set the bar even higher: When it comes to the Steele dossier, “I would not have published it, as some news outlets did,” he says, “unless a reliable source substantiated it.”

If it’s important to distinguish true from false allegations about Hunter Biden – and it is – then it is just as important to do so for Donald Trump. That means thinking seriously about what counts as evidence and how to test for counterfeit claims. Most important, it means applying those standards equally.

A case can be made for adopting the Trump Standard or the Biden Standard, but it’s hard to justify switching between the two in what can only be called a double standard.