Freedom Centers Constitutional and Political Freedom Are We Better Off? Business Publication Says No ...

Are We Better Off? Business Publication Says No 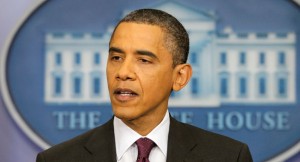 Economic Conditions: All weekend, Democratic party leaders kept fumbling their answer to a simple question: Are we better off than we were four years ago? There’s a good reason for that: We’re not.

It wasn’t until Monday that the campaign was able to figure out how to answer the question, with Obama’s deputy campaign manager, Stephanie Cutter, saying, “Absolutely.”

Obama’s argument is simple: The economy was headed for a second Great Depression when he took office — hemorrhaging GDP and jobs. His stimulus, the auto bailouts and so on, prevented that, and the economy has since been slowly digging out of the massive ditch into which President Bush drove it. Thus, Obama says, he deserves an “incomplete” grade.

It’s quite a stretch that Obama stopped another depression. The recession ended just five months into his first term, before most of his policies had a chance to take effect. It’s an even bigger stretch to say that people’s lives have been improving during the 3-year-old Obama “recovery,” which started in June 2009.

By most measures the country isn’t making slow progress; it’s falling further behind. Some examples:

• Median incomes: These have fallen 7.3% since Obama took office, which translates into an average of $4,000. Since the so-called recovery started, median incomes continued to fall, dropping $2,544, or 4.8%.

• Long-term unemployed: More than three years into Obama’s recovery, 811,000 more still fall into this category than when the recession ended.

• Disability: More than 1 million workers have been added to Social Security’s disability program in the last three years.

• Misery Index: When Obama took office, the combination of unemployment and inflation stood at 7.83. Today it’s 9.71.

• Union membership: Even unions are worse off under Obama, with membership dropping half a million between 2009 and 2011.

• Debt: Everyone is far worse off if you just look at the national debt. It has climbed more than $5 trillion under Obama, crossing $16 trillion for the first time on Tuesday and driving the U.S. credit rating down.

Ironically, the only people better off under Obama are corporate chieftains, who’ve seen corporate profits climb more than 50% under Obama’s “recovery,” and investors, who’ve benefited from a near-doubling in the Dow industrials from its March 2009 lows.

Given this record, we can only hope Obama doesn’t have the chance to get a “complete” on his plans.

This Editorial was originally published in The Investor’s Business Daily on Sept. 4, 2012.