As Illegal Immigration Skyrockets, The Border Crisis Spins Out Of Control

The latest arrest numbers don’t tell the whole story. As the crisis deepens, the U.S.-Mexico border is becoming increasingly volatile and dangerous.

By John Daniel Davidson • the Federalist 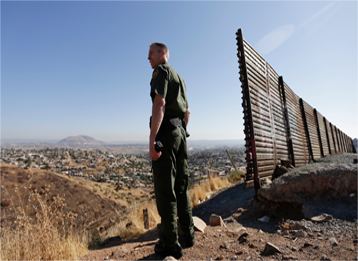 The big border headline this week was that U.S. authorities arrested or turned away more than 144,000 people at the southwest border in May, including more than 100,000 family units and children, far exceeding previous monthly totals this year and putting us on pace for illegal immigration levels not seen in 13 years. The U.S. Border Patrol apprehended on average 4,200 people a day last month and now has more than 19,000 people in custody.

These numbers tell us the migrant crisis is deepening, despite efforts by the Trump administration and the Mexican government to contain it. But beyond the numbers is something yet more disturbing, a reality not often reflected in media coverage of the crisis: the border itself is spinning out of control.

For one thing, it has become an incredibly dangerous place for migrants. In just the past week, two migrants died shortly after being taken into U.S. custody: a 33-year-old Salvadoran man, who had a seizure within minutes of his arrest, and a 40-year-old Honduran woman, who collapsed less than a half-hour after crossing the border. Last Saturday, a transgender woman from El Salvador died four days after being released from U.S. custody. Two weeks ago, a Guatemalan teenager died at a Border Patrol station from what appears to be influenza.

Many others have died, or nearly so, trying to cross the border. Last month, an infant drowned in the Rio Grande when a raft carrying migrants capsized. On Thursday, a Guatemalan woman died in the Arizona desert after falling ill and being left behind by the group she was traveling with. On Wednesday, Border Patrol agents resuscitated a six-month-old boy after rescuing him and his mother from the river. A week ago, agents rescued a double amputee and a paraplegic after smugglers on the Mexican side threw them into the water.

As a result of migrant caravans originating in Central America, large groups continue to show up on the border. In the past eight months, Border Patrol has encountered more than 180 groups of 100 people or more, up from 13 last year and just two the year before that. The largest group, which crossed the border in downtown El Paso, was more than 1,000 people. More than 2,200 people were arrested in El Paso on Memorial Day, including a group of 430.

The borderlands have always been a hotbed of brazen criminality, but federal authorities say the volume of people now coming across illegally is sapping its ability to combat ongoing drug and human trafficking operations, which continue apace. Two weeks ago, U.S. authorities in Arizona tracked and seized an ultralight aircraftcarrying a half-million dollars’ worth of meth and fentanyl. Agents continue to find smuggling tunnels up and down the border. On Monday, a 23-year-old man, a U.S. citizen, was killed in a firefight at the San Ysidro Port of Entry in California. Afterward, U.S. Customs and Border Protection officers found two Chinese nationals hidden in the man’s truck.

Mexico Is Responding to Tariff Threats With a Heavy Hand

As the situation deteriorates, Mexico has suddenly sprung into action—mostly with what amounts to window dressing. In response to President Trump’s threat to impose punitive tariffs on Mexican imports if the government doesn’t do more to prevent illegal immigration, Mexico has ordered 6,000 National Guard troops to its southern border with Guatemala, promising it will quickly reduce the numbers of Central Americans crossing that porous border (it won’t). Mexican authorities also arrested two organizers of a controversial activist group that’s been behind several large caravans, and on Wednesday apprehended a group of 1,000 migrants in southern Mexico who said they were headed to the United States to claim asylum.

Acting Secretary of Homeland Security Kevin McAleenan was in Guatemala last week working out a plan to assist in the tracking and interdiction of smuggling networks in that country. Dozens of DHS agents and investigators have been dispatched to Guatemala for this purpose, and according to one news report, Guatemala’s ambassador to the United States recently told a Democratic member of Congress that his country would welcome U.S. troops to help secure the northern border.

It’s hard to say where all this is leading. Mexican and American officials say they are nearing an agreement that would deport Guatemalan asylum-seekers who enter the United States to Mexico, and send Honduran and Salvadoran migrants to Guatemala, but it’s unclear if such a scheme would satisfy Trump, or survive a challenge in the courts.

What’s clear, for now, is that the crisis is entering a new and uncertain phase. As pressure mounts to do something about the sharp spike in illegal immigration, and Mexico puts pressure on criminal smuggling networks and cartels that are profiting off the crisis, we should expect more confrontation at the border and throughout Mexico, and, for those trying to get into the United States more danger and uncertainty.