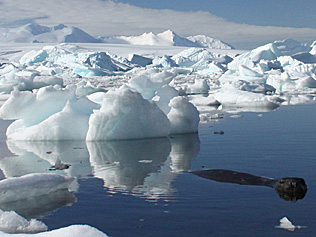 The climate change lobby has been assuring us for years – decades, really – that we are all on the brink of certain death because of global warming or cooling or climate change or whatever the term du jour is at the time. In the ’80s actor Ted Danson campaigned against global cooling, saying we had 20 years to shift course or succumb to the new ice age. Al Gore told us the inconvenient truth of our impending death way back in 2006. In California, former Governor Jerry Brown told his residents that the summer fire season was only going to get worse and worse thanks to global warming. And of course who can forget Alexandria Ocasio-Cortez’ constant, dire warnings that we only have a mere dozen years left on this planet?

Glacier National Park in M0ntana has been warning about the coming apocalypse by posting signs around the park that say “Gone by 2020”, referring to fears that the glaciers were receding more rapidly than normal and would eventually melt completely, leading to other natural disasters.

However, nature has a way of surprising us. In recent years the glaciers have actually begun expanding again, and park officials have been subtly removing the grim signage and language from their brochures, say visitors from Lysander Spooner University who regularly visit the park.

Officials at Glacier National Park (GNP) have begun quietly removing and altering signs and government literature which told visitors that the Park’s glaciers were all expected to disappear by either 2020 or 2030.
In recent years the National Park Service prominently featured brochures, signs and films which boldly proclaimed that all glaciers at GNP were melting away rapidly. But now officials at GNP seem to be scrambling to hide or replace their previous hysterical claims while avoiding any notice to the public that the claims were inaccurate. Teams from Lysander Spooner University visiting the Park each September have noted that GNP’s most famous glaciers such as the Grinnell Glacier and the Jackson Glacier appear to have been growing—not shrinking—since about 2010. (The Jackson Glacier—easily seen from the Going-To-The-Sun Highway—may have grown as much as 25% or more over the past decade.)

Visitor Roger Roots detailed the changes, noting that they hadn’t completely scrapped the signage but rather subtly changed the language from saying the glaciers would disappear by 2020 to saying they would be gone in “future generations”.

Independent blog Wattsupwiththat.com claims that national parks often use deceptive marketing to make it appear as though certain areas of the park are deteriorating due to climate change, but it isn’t always necessarily true.

Almost everywhere, the Park’s specific claims of impending glacier disappearance have been replaced with more nuanced messaging indicating that everyone agrees that the glaciers are melting. Some signs indicate that glacial melt is “accelerating.”
A common trick used by the National Park Service at GNP is to display old black-and-white photos of glaciers from bygone years (say, “1922”) next to photos of the same glaciers taken in more recent years showing the glaciers much diminished (say, “2006”). Anyone familiar with glaciers in the northern Rockies knows that glaciers tend to grow for nine months each winter and melt for three months each summer. Thus, such photo displays without precise calendar dates may be highly deceptive.

Last year the Park Service quietly removed its two large steel trash cans at the Many Glacier Hotel which depicted “before and after” engravings of the Grinnell Glacier in 1910 and 2009. The steel carvings indicated that the Glacier had shrunk significantly between the two dates. But a viral video published on Wattsupwiththat.com showed that the Grinnell Glacier appears to be slightly larger than in 2009.

The ‘gone by 2020’ claims were repeated in the New York Times, National Geographic, and other international news sources. But no mainstream news outlet has done any meaningful reporting regarding the apparent stabilization and recovery of the glaciers in GNP over the past decade. Even local Montana news sources such as The Missoulian, Billings Gazette and Bozeman Daily Chronicle have remained utterly silent regarding this story.

Perhaps the lesson here is that while we should always be good and grateful stewards of our environment, we are really very small compared to nature. We have very little control over our planet and certainly not enough to be rolling back the rights of freedoms of individuals to “fix” a problem that we don’t even really understand.