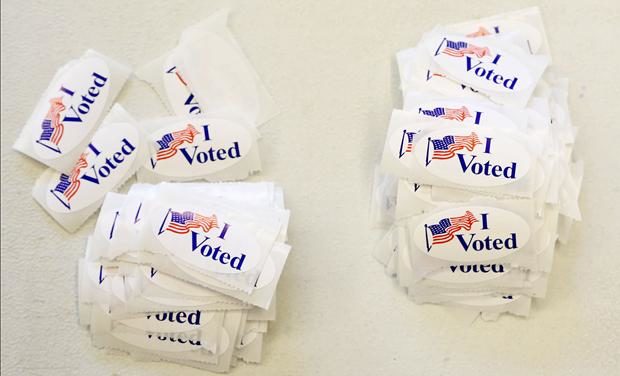 A watchdog group has requested records from the Illinois State Board of Elections after 574 noncitizens were added to its voter rolls, allowing some of them to vote illegally in the 2018 midterm elections.

The Public Interest Legal Foundation, an election integrity law firm, made the request on Thursday after the board admitted the error. The individuals in question were improperly invited onto the rolls through a glitch in the state’s automatic voter registration system while applying for a driver’s license or state identification.

The watchdog says Democratic politicians are pushing automatic voter registration at the expense of election integrity. The issues in Illinois with automatic voter registration, which has been implemented in 18 states and the District of Columbia, contribute to an already widespread trend of noncitizens making their way onto voter rolls nationwide.

“States have no business experimenting with automatic voter registration until they can zero out the risk of ineligible noncitizens passing through traditional Motor Voter,” said Logan Churchwell, communications director at PILF.

PILF is attempting to find out if all of the self-reported noncitizens were registered through DMV transactions and if the state is undertaking any efforts to identify remaining registered noncitizens. The 574 noncitizens were self-identified and more could potentially remain on the voter rolls. The state found 19 who cast ballots in 2018, but the total number of illegal votes remains unknown. The group is also seeking information on whether any noncitizens self-reported prior to the new cases or if any noncitizens voted in elections that could have been decided by their participation.

“This is not a new problem for Illinois. That state’s Motor Voter system made national news in 2017 well before policymakers foolishly installed automatic voter registration,” Churchwell said. “States like Virginia, New Jersey, Pennsylvania, Michigan, California, Georgia, Florida, and more have demonstrated how foreign nationals can and do enter voter registries through the Motor Voter process, regardless of automation.”

PILF previously uncovered 232 cases of noncitizens who registered to vote in Chicago. The individuals later self-reported their illegal registrations in hopes of becoming naturalized U.S. citizens.

“The Foundation fully expects there are more foreign nationals still registered to vote in Illinois—and some of them voted in 2018,” Churchwell said. “We just don’t know who they are yet since they haven’t felt the need to self-report—but their time will come.”

Illinois’s State Board of Elections did not respond to a request for comment by press time.