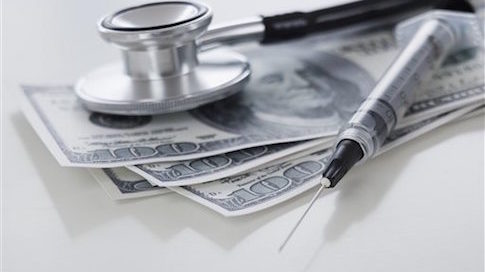 That’s just one of the assurances ACA supporters made about the new law it failed to keep. Obama was badly misinformed when he promised people could keep the coverage they had, if they liked it, once the ACA became law. Some suggest he knew at the time this was a lie, but he’s not saying, one way or another.

Yes, there are more people insured than ever before, but many of those people still can’t afford to use that insurance because the deductibles are so high. Plans in the individual markets are canceled from one year to the next, forcing people to re-enroll in something similar or find new insurance altogether.

That’s not the way it was supposed to be. Efforts at repeal collapsed thanks to the Senate Democrats’ procedural instance any plan to replace it be adopted with 60 votes or more. So much for what the people want.

The idea getting the most attention, the Medicare-for-All proposal first put forward by Vermont Sen. Bernie Sanders and embraced by other Democrats running for the party’s presidential nomination, is a non-starter. The non-partisan Committee for a Responsible Federal Budget estimates the Sanders’ plan “has a gross cost of $30.6 trillion and, incorporating offsets, would add $13.4 trillion to deficits over ten years under our central estimate.” The plans floated by former Vice President Joe Biden, Massachusetts Sen. Elizabeth Warren, former South Bend, Indiana Mayor Pete Buttigieg, and others also don’t come close to paying for themselves.

Obamacare was supposed to increase transparency for consumers, allowing them to make better decisions about the care they received and what it would cost. That hasn’t happened either, and though President Donald Trump is pushing for action from Congress to pass laws putting price tags on all kinds of care, nothing spectacular has happened in that area either – largely because the health insurance companies are still driving the train.

They helped write the ACA and are now employing armies of lobbyists to make sure they don’t go under because of it. They’re pursuing new laws and regulations to insulate them from their responsibilities to their customers, to protect them from liability, and to avoid paying for services using a variety of what can best be called coverage loopholes.

The biggest of these has come to be known as “surprise billing,” an issue the president has taken to heart. No one likes to get a bill they didn’t expect, especially when they thought they were covered for the expense. Yet let an in-network doctor perform a procedure at an in-network hospital using an out-of-network anesthesiologist and send tissue out for analysis to a pathology lab at a nearby, affiliated and out-of-network hospital, and that’s precisely what happens.

In that case, as I recently experienced for myself, the insurance suddenly doesn’t count because you went out-of-network. That you didn’t know it and that you asked ahead of time that everything to be done “in-network” doesn’t matter so you must pay for the out-of-network services performed. It doesn’t seem fair, but it’s legal.

Congress, led by Tennessee Republican Lamar Alexander, has crafted a bill to change that. The problem with the Alexander approach is that it relies on price controls. The track record of price controls creating adverse consequences is long and storied.

The bipartisan Alexander bill requires insurers to pay the surprise bills when they arise based on the average price for the services provided. This is called “benchmarking” and it’s a bad idea because it empowers the government to make further intrusions into the health care marketplace and gets the country all that much closer to a Medicare-for-All style system.
“Price controls” and “government rate-setting” are a large part of what helped wreck the U.S. health care system in the first place. Insurers need to own their responsibilities to their customers and level the playing field on their own.