Can America Achieve a “Future Without Waste”? 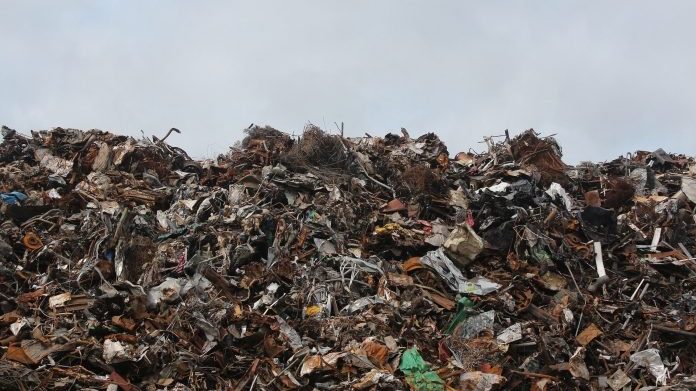 America used to be the place where, as Emerson is said to have observed, the person building the better mousetrap could be assured the world would beat a path to their door. We were driven by an entrepreneurial spirit that led to an increase in global living standards and produced some of the great advances of mankind.

Nowadays the pathway to prosperity is blocked by plaintiffs’ lawyers, federal and state regulators, crusading consumers advocates, environmental activists and others who believe the only institution on which we can rely to solve the really big problems is government.

That’s a shame because the spirit of free enterprise problem-solving is still alive and well. Everyone who realizes there’s profit to be made coming up with solutions are hard at work doing what so many of the so-called smart people say is impossible.

“We are a nation that knows how to solve big problems when we set our minds to it,” says Nate Morris, the CEO of Rubicon, a technology company at the leading edge of 21st century waste management. “Waste is a big problem, and we should not wait for someone else to try to solve it. We should do the work, we should use innovation and free markets to drive transformation, and we should build a stronger, more resilient economy in the process.”

The numbers alone are scary. According to some estimates over the next ten years nearly 95 million metric tons of plastic waste the United States once sent to China for permanent disposal will have to go put elsewhere thanks to import restrictions.

Whether or not it can be done, an effort must be made to try. Right now there are two approaches: one, as typified by Rubicon’s efforts, relies on innovation, investment, and consumer-driven demand to creates a new infrastructure relying more on the use of recycled goods to manage waste and prevent the build-up of discarded plastics and other items the American shopper depends upon. The other approach, the one government regulators, social justice warriors, and those like them prefer is to the use and manufacture of certain items no matter how expensive, inconvenient, or comparably unsafe the alternatives might be.

On Wednesday Rubicon issued a report, Toward a Future Without Waste, that shows how technology-based solutions can increase the proliferation of sustainable products The evidence comes from its experiences delivering results for its customers, with plenty of examples demonstrating the market-based approach to waste and emissions reductions works. The company found, for example, that local governments could generate significant cost savings while sending fewer materials to landfills through the making better use of technology.

Using the RUBICON SmartCity technology suite “helped the city of Atlanta save up to $783,453 annually while reducing the recyclables going to landfill by 83 percent by adjusting the city’s solid waste service schedule,” according to the report. As one estimate has it, it has the potential to save US cities up to $208 million over the next 10 years through reduced disposal costs, optimized fleets, and other metrics. For cash strapped urban centers like Atlanta, that’s money that can instead be channeled into childhood conservation education and other environmental stewardship projects that can create a pathway to the clean air, water, and environment everyone wants but is so often too expensive to get, we’re told by experts, without draconian changes to the way we live our lives.

Advances in technology have also made it easier to dispose of products that are hard to recycle. The fast-food chain Chipotle partnered with Rubicon to create a mail-back pilot program at 25 of its locations to keep single-use gloves out of landfills. From April 2019 through December 2019, the report says, more than 625,000 gloves were recycled, giving the company plenty of incentive to expand the program to all its stores.

“There are currently two ways to make money from waste. One is by setting up the equivalent of a utility, where big corporations and big government agree to a one-size-fits-all approach, charging businesses and households to haul away their waste and bury it,” Morris says. “The other is a free market-based, dynamic approach: cooperate with others and innovate to help people reduce or reuse more of their waste— and inspire a new generation to build on our progress to bring about the end of waste as we know it.”

This is the kind of private sector, technology-based innovation that can change the planet for the better while adding favorably to the corporate bottom line. It requires no government regulation, no special licenses, and no additional fees to bureaucratic institutions that “feed the beast” while giving us all a cleaner world to live in.