Freedom Centers Constitutional and Political Freedom Cashing in on the COVID Crisis ...

Cashing in on the COVID Crisis 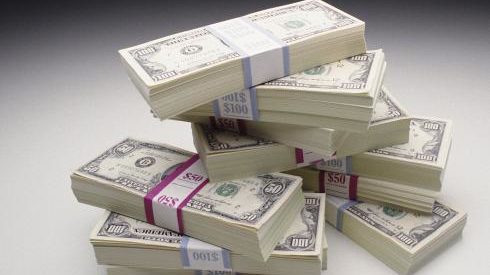 The American people usually put their differences aside in troubling times, pull together, and keep moving forward. The COVID crisis has proven the exception. Whether it’s because it set upon us suddenly while we were unprepared or the shock that this kind of thing can still happen, we’ve been badly divided for some time.

People are frightened because no one knows for sure what’s going on. The disease data here and around the globe is suspect. The estimates that guided policymakers differ greatly from what appears to have occurred as the pandemic spread. Credible claims have been made that state and local governments are manipulating the numbers to get more money from Washington.

That may sound ghoulish but it’s not impossible. The CARES Act included a 20 percent “bonus” for Medicare reimbursements paid out for COVID-19 patients. It incentivizes sickness, leading to an outbreak of selfishness. People want money since its being handed out freely. Those who are supposed to get it are waiting for it to arrive. Those who aren’t getting any are looking for ways to get it from those who did. Some institutions that shouldn’t have gotten it are being challenged to give it back. And, when the spigots shut off suddenly last week, those who were afraid they’d run out of ready cash — including the healthcare providers now laying off staff because they can’t afford to pay them as long as the regular practice of elective medicine is on hold — are trying to get their hands on as much of it as they can.

It’s insane, but no more than the rest of what is going on. Hospitals and doctors are asking health insurance companies to front-load payments for work to be done in the future. The law of unintended consequences kicked in when governments across America ordered elective surgeries and other care be put on hiatus to keep beds and staff and personal protective equipment available for what the experts said would be a rush of COVID-19 patients so large the system would not be able to care for them all.

Now we must deal with that in addition to everything else. Yet a climate of uncertainty has taken hold as we’re probably months into this thing. We’re worried about the implications for the health of the citizenry and the health of the economy but really: How long can we go before the whole system comes crashing down?

It’s a good question. And the day of reckoning will come upon us sooner than most people think. There are lots of people calling for the marketplace to reopen. It seems sensible now that the curve looks to have been flattened. But those decisions are best left to governors and the other local officials who issued the self-quarantine orders in the first place.

The politicians in Washington keep spending money faster than they can print it to keep things liquid. The latest tranche is almost $500 billion, bringing the total to $5 trillion, give or take yet some people still haven’t been made anything close to whole. Usually, that’s not the government’s responsibility but usually, the government doesn’t shut down the economy. Like the doctors and hospital administrators and trustees who want cash upfront from the insurance companies for work they may do later, everyone wants to know what they must do to survive — if, that is, survival remains possible.

Let’s start by letting the rest of the healthcare sector get back on its normal course. Putting people back to work, allowing folks to put bread on their table and money in the bank as the byproducts of their labors is the best answer. Looking to the government to require people who have money to give it to people who don’t — which is where some folks may want this to all go — may sound appealing but it ultimately gets you to a place no American wants to be. Like Venezuela.