Freedom Centers Constitutional and Political Freedom Will America 2.0 see a revaluation of labor? ...

Will America 2.0 see a revaluation of labor? 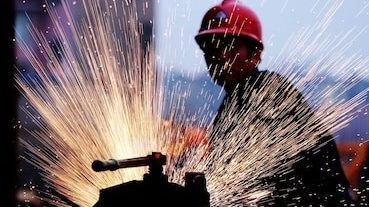 Entrepreneur extraordinaire Mark Cuban has coined the term, “America 2.0” to designate the new realities Americans will face as a result of the COVID-19 quarantine. One of those realities has been the highlighting of the interdependence of labor and management required to attain a successful business. In case after case, we have heard employers and business owners discuss the extreme measures they have undertaken to reduce the burdens on their employees as they face loss of wages and even employment. Their pleas for help have finally penetrated even the hallowed halls of Congress and the Federal Reserve.

Many are learning the lessons that John Mackey discusses in his account of the time when his Whole Foods store would have failed if not saved by the efforts of his loyal employees, suppliers and customers. (Conscious Capitalism, 2013) He discovered that the fate of his business was really in the hands of all those whom he had served so diligently. They had repaid his loyalty to them by proving they were also stakeholders in his company.

This is the prism through which we are looking at the topic of this discussion. Clearly, there are external factors as well. Before the pandemic, we were very close to a labor shortage. We were hearing pleas from recruiters to retirees and other pools of unattached workers to rejoin the workforce. Hiring and retaining a competent workforce was becoming a high priority in some industries, and critical in others. The usual effect of such a situation is an increase of the enticements to candidates or employees to hire or retain their services, including bonuses, higher wages, and enhanced benefits.

The effect of the shutdown on this situation is not clear at the current time. With the ranks of the suddenly unemployed raising to 26 million and the specter of a flood of bankruptcies looming, the US will not be facing a labor shortage overall – at least for some time. But the effect on specific industries may reflect a different picture.

What does seem to have occurred, however, is a renewed realization on the part of many business owners of just how essential good employees are to the functioning of a successful business. The recipients of this concern presumably have a renewed understanding and appreciation of their employer’s evaluation of their services. To the extent that this interdependence has come to the attention of both parties, to that extent this may be an opportunity to promote an enhanced role for workers in the decision-making of American businesses.

The work of the employees has traditionally been undervalued, as the legacy of feudalism and slavery which dominated the world economy until the rise of the middle class in the 18th century – and in many places still does.

Here are five arguments in favor of the re-evaluation of workers’ rights in 21st century USA.

The challenge technological change presents is how to share the leisure as well as the profits of a technology-driven economy. Somebody has to make that decision. There are only two candidates to make those decisions: The Government (Socialism) or the people involved (free-market Capitalism).

The trouble with giving the Government the authority to re-distribute wealth is that Government will not stop taking profits until it takes everything. The safer solution lies with the company itself deciding what is the right formula for distribution of profits as well as leisure times. The new view of capitalism along the lines of the “Conscious Capitalism “movement, makes possible a peaceful and amical development of the re-distribution of both profits and losses. This re-thinking of the entire role of business and the human rights to “life, liberty and the pursuit of happiness” promised by our Constitution long ago is our best hope for solving the wealth gap and saving our democracy.

It is this prospect which seems perhaps closer to fulfillment today due to the pandemic of 2020.