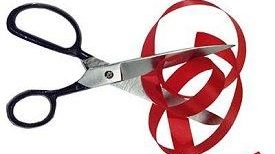 Today, Frontiers of Freedom, along with 12 other organizations dedicated to promoting free markets, limited government, and constitutional principles, sent a letter of caution to President Trump about Notice No. 176, a new, massive regulation proposed by the Alcohol and Tobacco Tax and Trade Bureau (TTB). Among other concerns, the letter warned that Notice No. 176 will add two and a half times the number of regulations governing the distilled spirits industry, seemingly violating both Executive Order 1771 and Executive Order 12866.

The coalition letter reads, in part:

“TTB contends that it released Notice No. 176 to ‘eliminate unnecessary regulatory requirements and provide consumers broader purchasing options.’ Although cloaking it as a deregulatory effort, No. 176 would add two and a half times the number of regulations governing the distilled spirits industry. This comes in stark violation to Executive Order 13771 that you signed on February 3, 2017, which directs all agencies to eliminate two regulations for each new one proposed. Given that Notice No. 176 has also been said to create hundreds of millions in new business costs, it also seemingly violates Executive Order 12866, which states that the OMB’s Office of Information and Regulatory Affairs must review any new significant regulatory action before it is formally proposed.”

The full letter is available here.