Freedom Centers Constitutional and Political Freedom Sanders: Medicare for All Not Free for the Middle ...

Sanders: Medicare for All Not Free for the Middle Class 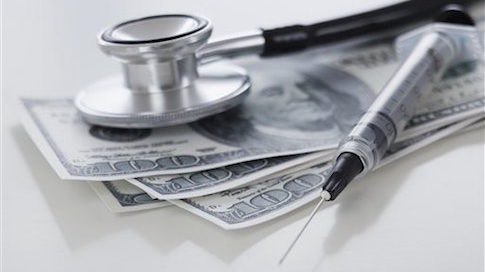 Medicare for All is not free and will require anyone earning more than $29,000 a year to pay more in taxes, presidential candidate Sen. Bernie Sanders (I., Vt.) said on The Late Show Thursday.

“Is health care free? No, it is not,” Sanders told host Stephen Colbert. “So what we do is exempt the first $29,000 of a person’s income. You make less than $29,000 you pay nothing in taxes. Above that, in a progressive way with the wealthiest people in this country paying the largest percentage, people do pay more in taxes.”

Sanders’s 2020 campaign website details the Vermont senator’s Medicare for All plan, but contains no mention of a tax increase on the middle class. Colbert confronted the Vermont senator about whether his proposal would lead to tax increases. Sanders acknowledged that taxes would have to rise if the government took control of one of the nation’s largest industries.

Sanders said people will no longer pay premiums, co-payments, or out-of-pocket expenses, offsetting the higher taxes once the government takes control of the health care sector. Sanders also said there will only be a private health care market for non-basic health care services, such as cosmetic surgery.

Colbert previously asked the same question of rival 2020 candidate Sen. Elizabeth Warren (D., Mass.). Warren and Sanders are among the leading Democratic presidential candidates who have adopted Medicare for All as a key component of their 2020 campaign platforms. Warren declined to directly answer when Colbert asked about middle class taxes, focusing only on broad health care spending.

“So, here’s how we’re going to do this,” Warren said. “Costs are going to go up for the wealthiest Americans, for big corporations … and hard-working middle-class families are going to see their costs go down.”

“But will their taxes go up,” Colbert asked a second time. Warren did not clarify.

Presidential candidate and South Bend mayor Pete Buttigieg (D.) criticizedWarren for being “evasive” about how she would pay for Medicare for All.

“Senator Warren is known for being straightforward and was extremely evasive when asked that question,” Buttigieg told CNN after her appearance. “And we’ve seen that repeatedly. I think that if you are proud of your plan and it’s the right plan, you should defend it in straightforward terms.”

Tags: Elections, Medicare for All, Socialism