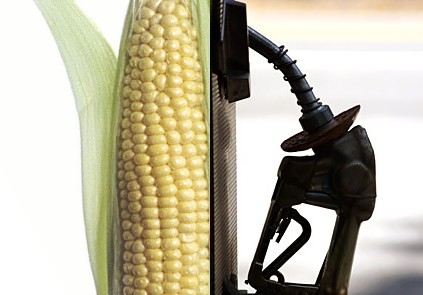 By Peter Roff • MY Journal Courier

Last month, the Environmental Protection Agency proposed new regulations that could dramatically ramp up the use of ethanol, a corn-based bio-fuel that can be blended into gasoline. That news was music to the ears of Iowa corn farmers.

But the rest of the country isn’t so pleased. A recent poll finds that more than 80 percent of voters are concerned the new policy will raise prices at the pump. And more than two-thirds think the ethanol expansion will harm their engines.

Americans are right to be alarmed. Ethanol is an expensive, environmentally hazardous fuel. The EPA’s new policy is a flagrant attempt by the Trump administration to buy the support of farmers — at huge expense to American consumers.

The EPA’s plan would lift restrictions on gasoline containing 15 percent ethanol, a blend known as E15. At the moment, the sale of E15 is banned during the summer because the fuel generates more ozone than is permitted by the Clean Air Act.

In many cases, E15 is dangerous. Roughly three-quarters of the cars on the road today weren’t built to use E15, and could be seriously damaged if forced to run on the fuel.

E15 might even harm engines that have just rolled off the line. Many prominent automotive brands — including BMW, Mercedes, Mitsubishi, Mazda and Volvo — have model-year 2018 cars that aren’t equipped to handle the fuel. Some automakers have warned drivers that filling up with E15 could be grounds for voiding their vehicles’ warranties.

The fuel is also useless for motorcycles and boats, as well as lawnmowers and other outdoor equipment.

Pushing more E15 into the market will inevitably lead to costly engine damage for Americans who mistakenly assume that this government-mandated fuel is actually safe to use.

This isn’t the only way in which E15 is a bad deal for consumers. Since ethanol contains only a third of the energy of gasoline, motorists who fill up with E15 can expect to get far fewer miles to the gallon — forcing them to fill up more often.

Ethanol was developed to be a clean-burning alternative to other fossil fuels. But ironically, it actually poses a grave threat to the environment. Over a 30-year period, the net emissions from ethanol are 28 percent higher than emissions from gasoline, according to the Clean Air Task Force. One Princeton University researcher warns ethanol’s true emissions are even higher. He estimates bio-fuels emit twice as much carbon dioxide into the atmosphere as gasoline over three decades.

Ethanol proponents often argue the bio-fuel is necessary for America’s energy independence. But today, Americans already have an abundant supply of domestic, clean, low-cost fuel. Thanks to improved drilling techniques such as fracking, the country is producing historic levels of both oil and natural gas. Natural gas in particular burns far cleaner than coal, propane or gasoline. Major automakers are already designing vehicles to run on the fuel.

The president seems intent on forcing consumers to buy a costly, inefficient, environmentally damaging fuel unsuitable for most vehicles. It’s no wonder that the policy has raised a red flag with so many voters. Their concerns are more than justified. Americans deserve an energy policy that serves the country’s needs — and not the narrow interests of corn-growers.

Peter Roff is a senior fellow at Frontiers of Freedom. He wrote this for InsideSources.com.