Communist China on the verge of collapse 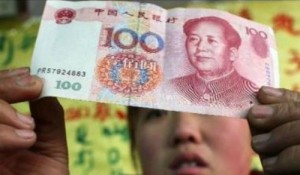 The People’s Republic of China appears to be a normal nation-state on the surface. Yet, alarmingly close to this tranquil surface, society is in a volcanic turmoil. Total political control by the party, the state and local authorities is becoming increasingly unacceptable. Opinion surveys regularly conducted by universities and the printed media have found that almost 50 percent of the Chinese are unhappy with their living conditions. While giant state-owned and state-controlled enterprises in industries that the party and the military considers “strategic” prosper, private and joint public-private entities are steadily subjected to official meddling and harassment.

Corruption, as old as the Chinese civilization itself, demoralizes and dehumanizes the entire population. As a result, almost two-thirds of middle-class and rich Chinese have already left the country, or are in the process of emigrating to the West. Unabated unrest in countless cities, villages and even entire cantons and regions prove that the hybrid system of political autocracy and limited economic liberalization does not work anymore.

This wide-spread dissatisfaction is the natural result of decades of power being consolidated in a small minority of privileged members of the Communist Party of China. The general population is becoming tired of being governed by a group propped up by weakening veneration of those who command power and faith in their ability to perpetuate the status quo. Having attained absolute power by force in 1949, the Communist Party of China has governed the most populous nation on Earth by a myth of the infallibility of either a single individual or a seemingly homogeneous leadership. For almost three decades, the centralization of political, economic, social and cultural powers by the inexperienced, incompetent and self-appointed minority has resulted in political destruction, economic ruin and pervasive immorality. Any reforms or economic modernization has been balanced by ruthless political oppression.

Like all one-sided visions, the People’s Republic of China’s exclusive focus on economic growth to the detriment of political modernization has had both its strong and weak dimensions. In spite of impressive export earnings, spectacular construction projects and sizable foreign investments in the last three decades, exports have declined perceptibly, domestic growth has slowed from just past 10 percent to 6.7 percent, foreign investments fell to a record low in 2011, Chinese gross domestic product per capita has stagnated at $8,382 in purchasing power parity terms ($5,414 in nominal terms), and official corruption has reached staggering proportions. On the political front, scandals such as revelations of Bo Xilai’s corruption and the trial of his wife on charges of murder has rocked the very upper echelon of the Communist Party of China and called into national question the myth of the homogeneous and meritorious leadership. The real story of the demise of the “prince of Chonqing” is not his abuse of power that had bordered on thuggery and outright criminality, nor his wife’s murderous arrogance, but a political life and death struggle among the top leaders for the future of the country’s political and economic direction.

Under these trying economic circumstances, political uncertainties and public disgust, members of the Communist Party of China are preparing for their 18th Congress, a five-yearly exercise in illusionary public relations. Presumably in October or November of this year, the delegates, carefully vetted on several levels, will convene to select from an already finalized list a new central committee and subsequently rubber stamp a new Politburo of some 25 members. It is also rumored that Xi Jinping, the current vice president and the scion of a prominent communist dynasty, will replace the seating president, Hu Jintao. His deputy, Li Keqiang, will succeed Wen Jiabao, the current prime minister.

Political and economic stagnation will only cement the status quo in which official corruption is rampant and state owned and backed enterprises crowd out purely private businesses. Indeed, the impossibility of continuing to grow the economy without relaxing the dictatorship’s grip on political power and the economy will soon create a situation in which the absolute rule of the party cannot be maintained any longer.

Realistically, no significant changes can be expected from the incoming party leadership. Political as well as economic strategies are already in place for the next three years. Any major deviation from the policies set by the outgoing leadership would risk serious disagreements and even renewed power struggles between the old and the new leaders and their adherents within the party, in the military and inside the security organs.

The leaders of the Communist Party of China are hopelessly out of touch with reality. The oppressed people of this vast country sense the confusion and the paralysis of the dictatorship. In a country where social services in the rural areas are almost non-existent and in the cities insufficient, an economic downturn would result in mass poverty. Reform ideas developed by the People’s Bank of China, the equivalent of the Federal Reserve, the World Bank and a government think tank called the Development Research Centre in Beijing that foresee a 10-year timetable for the gradual liberalization of the economy, especially the country’s capital markets, would never be implemented in the current political context.

In view of all these trends, facts and challenges, the new leaders of the Communist Party of China are condemned to certain failure. Neither the economic growth of the past 30 years nor the empty slogans of nationalistic-populism will spare China the catastrophe of another revolution and the daunting task of building a new, more equitable and democratic nation. The People’s Republic of China is on the verge of collapse.

Dr. Radvanyi is the Vice President of Foreign Policy at Frontiers of Freedom. This article was also published in the Washington Times.