Freedom Centers Constitutional and Political Freedom Congress was Right to Ring in the New Year by Endi ... 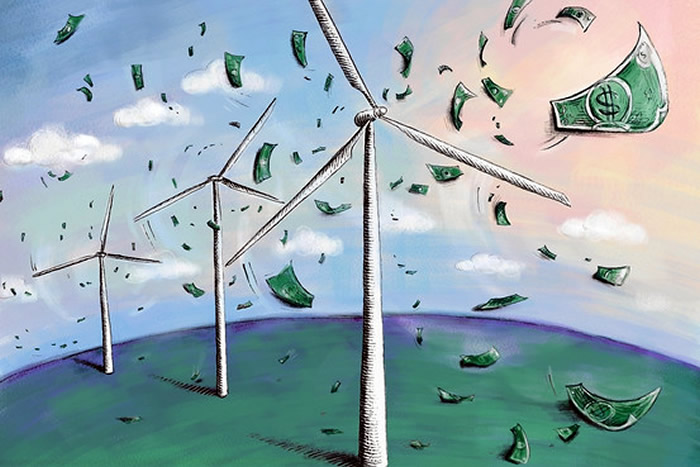 George Landrith, President of Frontiers of Freedom, commended Congress for allowing the decades-old practice of wasting billions of taxpayer dollars subsidizing the wind industry to expire with the New Year.

“2013’s end marked the expiration of the investment and production tax credits for the wind industry. As we ring in the New Year, Congress took advantage of this opportunity and permanently ended these wasteful tax credits. These subsidies did nothing but hide the true costs of these projects, subsidized corporate rent seekers, and dramatically increased the cost of electricity for taxpayers.”

“These wasteful wind tax credits made taxpayers poorer twice. First, taxpayers paid for billions in subsidies transferred to corporate rent seekers. Then, taxpayers had to pay a second time in their electric bill with higher electricity rates. Sadly, that is how wind energy has worked and Congress did the right thing to allow this absurdly wasteful program to finally end. Now taxpayers can save twice — on their tax bill and their electric bill.”

Frontiers of Freedom is an educational institute whose mission is to promote the principles of individual freedom, peace through strength, limited government, free enterprise, free markets, and traditional American values as found in the Constitution and the Declaration of Independence. They can be found online at www.ff.org.