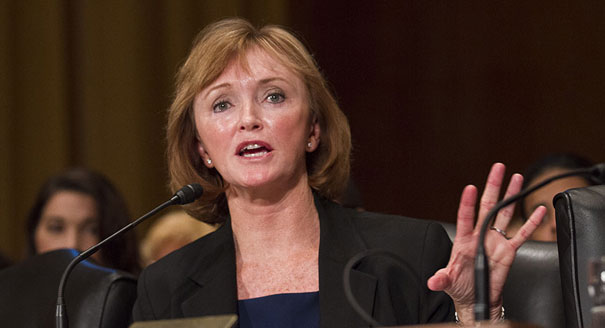 The revelation that Centers for Medicare & Medicaid Services administrator Marilynn Tavenner did not retain her e-mails means that more than 20 witness in the Obama administration to lose or delete e-mails without notifying Congress, according to the top House investigator.

“The Obama administration has lost or destroyed e-mails for more than 20 witnesses, and in each case, the loss wasn’t disclosed to the National Archives or Congress for months or years, in violation of federal law,” House Oversight and Government Reform Committee chairman Darrell Issa (R., Calif.) said of Tavenner’s lost e-mails.

“It defies logic that so many senior Administration officials were found to have ignored federal recordkeeping requirements only after Congress asked to see their e-mails,” he continued. “Just this week, my staff followed up with HHS, who has failed to comply with a subpoena from ten months ago. Even at that point, the administration did not inform us that there was a problem with Ms. Tavenner’s e-mail history. Yet again, we discover that this administration will not be forthright with the American people unless cornered.”

From February of 2010 to November of 2013 — one month after the launch of the HealthCare.gov website, as the Daily Caller’s Patrick Howley noted — Tavenner didn’t maintain copies of her e-mails as required.

“During her entire tenure at CMS, Ms. Tavenner’s CMS e-mail address, which is accessible to both colleagues and the public, has been subject to write-in campaigns involving thousands of e-mails from the public,” CMS wrote to the National Archives and Records Administration, per Howley.

“Therefore, she receives an extremely high volume of e-mails that she manages daily. To keep an orderly e-mail box and to stay within the agency’s e-mail system capacity limits, the administrator generally copied or forwarded e-mails to immediate staff for retention and retrieval, and did not maintain her own copies,” CMS said.

Issa subpoenaed the missing e-mails ten months ago. “The evidence is mounting that the website did not go through proper testing, including critical security testing, and that the Administration ignored repeated warnings from contractors about ongoing problems,” he said at the time. “The American people deserve to know why the administration spent significant taxpayer money on a product that is entirely dysfunctional and puts their personal information at risk.”

Joel Gehrke is a political reporter for National Review Online.