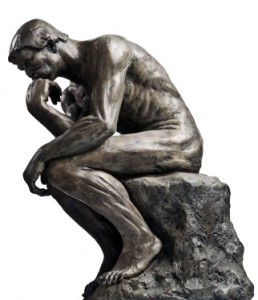 Many people in Europe and the Western Hemisphere are staging angry protests against Israel’s military action in Gaza.

One of the talking points against Israel is that far more Palestinian civilians have been killed by Israeli military attacks than the number of Israeli civilians killed by the Hamas rocket attacks on Israel that started this latest military conflict.

Are these protesters aware that vastly more German civilians were killed by American bombers attacking Nazi Germany during World War II than American civilians killed in the United States by Hitler’s forces?

Talk show host Geraldo Rivera says that there is no way Israel is winning the battle for world opinion. But Israel is trying to win the battle for survival, while surrounded by enemies. Might that not be more important?

It is much the same story in our domestic controversies. We have gotten so intimidated by political correctness that our major media outlets dare not call people who immigrate to this country illegally “illegal immigrants.”

Geraldo Rivera has denounced the Drudge Report for carrying news stories that show some of the negative consequences and dangers from allowing vast numbers of youngsters to enter the country illegally and be spread across the country by the Obama administration.

Some of these youngsters are already known to be carrying lice and suffering from disease. Since there have been no thorough medical examinations of most of them, we have no way of knowing whether, or how many, are carrying deadly diseases that will spread to American children when these unexamined young immigrants enter schools across the country.

The attack against Matt Drudge has been in the classic tradition of demagogues. It turns questions of fact into questions of motive. Geraldo accuses Drudge of trying to start a “civil war.”

Back when masses of immigrants from Europe were entering this country, those with dangerous diseases were turned back from Ellis Island. Nobody thought they had a legal or a moral “right” to be in America or that it was mean or racist not to want our children to catch their diseases.

Even on the less contentious issue of minimum wage laws, there are the same unthinking reactions.

Although liberals are usually gung ho for increasing the minimum wage, there was a sympathetic front page story in the July 29th San Francisco Chronicle about the plight of a local non-profit organization that will not be able to serve as many low-income minority youths if it has to pay a higher minimum wage. They are seeking some kind of exemption.

Does it not occur to these people that the very same thing happens when a minimum wage increase applies to profit-based employers? They too tend to hire fewer inexperienced young people when there is a minimum wage law.

This is not breaking news. This is what has been happening for generations in the United States and in other countries around the world.

One of the few countries without a minimum wage law is Switzerland, where the unemployment rate has been consistently less than 4 percent for years. Back in 2003, The Economist magazine reported that “Switzerland’s unemployment neared a five-year high of 3.9% in February.” The most recent issue shows the Swiss unemployment rate back to a more normal 3.2 percent.

Thomas Sowell is an economist, social theorist, political philosopher and author, whose books include Basic Economics.