Freedom Centers Constitutional and Political Freedom Connecting the Dots in the IRS Scandal ...

Connecting the Dots in the IRS Scandal 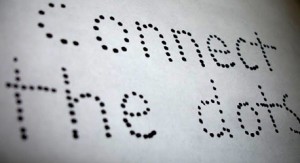 The ‘smoking gun’ in the targeting of conservative groups has been hiding in plain sight.

By Bradley A. Smith

The mainstream press has justified its lack of coverage over the Internal Revenue Service targeting of conservative groups because there’s been no “smoking gun” tying President Obama to the scandal. This betrays a remarkable, if not willful, failure to understand abuse of power. The political pressure on the IRS to delay or deny tax-exempt status for conservative groups has been obvious to anyone who cares to open his eyes. It did not come from a direct order from the White House, but it didn’t have to.

First, some background: On Jan. 21, 2010, the Supreme Court issued its ruling in Citizens United v. FEC upholding the right of corporations and unions to make independent expenditures in political races. Then, on March 26, relying on Citizens United, the D.C. Circuit Court of Appeals upheld the rights of persons (including corporations) to pool resources for political purposes. This allowed the creation of “super PACs” as well as corporate contributions to groups organized under Section 501(c)(4) of the Internal Revenue Code that spend in political races.

The reaction to Citizens United was no secret. Various news outlets such as CNN noted that “Democrats fear the decision has given the traditionally pro-business GOP a powerful new advantage.”

The 501(c)(4) groups in question are officially known as “social-welfare organizations.” They have for decades been permitted to engage in political activity under IRS rules, so long as their primary purpose (generally understood to be more than 50% of their activity) wasn’t political. They are permitted to lobby without limitation and are not required to disclose their donors. The groups span the political spectrum, from the National Rifle Association to Common Cause to the Planned Parenthood Action Fund. If forced out of 501(c)(4) status, these nonprofit advocacy groups would have to reorganize as for-profit corporations and pay taxes on donations received, or reorganize as “political committees” under Section 527 of the IRS Code and be forced to disclose their donors.

Now consider the following events, all of which were either widely reported, publicly released by officeholders or revealed later in testimony to Congress. These are the dots the media refuse to connect:

• Jan. 27, 2010: President Obama criticizes Citizens United in his State of the Union address and asks Congress to “correct” the decision.

• Feb. 11, 2010: Sen. Chuck Schumer (D., N.Y.) says he will introduce legislation known as the Disclose Act to place new restrictions on some political activity by corporations and force more public disclosure of contributions to 501(c)(4) organizations. Mr. Schumer says the bill is intended to “embarrass companies” out of exercising the rights recognized in Citizens United. “The deterrent effect should not be underestimated,” he said.

• Soon after, in March 2010, Mr. Obama publicly criticizes conservative 501(c)(4) organizations engaging in politics. In his Aug. 21 radio address, he warns Americans about “shadowy groups with harmless sounding names” and a “corporate takeover of our democracy.”

• Sept. 28, 2010: Mr. Obama publicly accuses conservative 501(c)(4) organizations of “posing as not-for-profit, social welfare and trade groups.” Max Baucus, then chairman of the Senate Finance Committee, asks the IRS to investigate 501(c)(4)s, specifically citing Americans for Job Security, an advocacy group that says its role is to “put forth a pro-growth, pro-jobs message to the American people.”

• April 2011: White House officials confirm that Mr. Obama is considering an executive order that would require all government contractors to disclose their donations to politically active organizations as part of their bids for government work. The proposal is later dropped amid opposition across the political spectrum.

• Aug. 31, 2012: In another letter to the IRS, Sen. Levin calls its failure to investigate and prosecute targeted organizations “unacceptable.”

• April 9, 2013: Sen. Whitehouse convenes the Judiciary Subcommittee on Crime and Terrorism to examine nonprofits. He alleges that nonprofits are violating federal law by making false statements about their political activities and donors and using shell companies to donate to super PACs to hide donors’ identities. He berates Patricia Haynes, then-deputy chief of Criminal Investigation at the IRS, for not prosecuting conservative nonprofits.

• May 10, 2013: Sen. Levin announces that the Permanent Subcommittee on Investigations will hold hearings on “the IRS’s failure to enforce the law requiring that tax-exempt 501(c)(4)s be engaged exclusively in social welfare activities, not partisan politics.” Three days later he postpones the hearings when Lois Lerner (then-director of the IRS Exempt Organizations Division) reveals that the IRS had been targeting and delaying the applications of conservative groups applying for tax-exempt status.

• Nov. 29, 2013: The IRS proposes new rules redefining “political activity” to include activities such as voter-registration drives and the production of nonpartisan legislative scorecards to restrict what the agency deems as excessive spending on campaigns by tax-exempt 501(c)(4) groups. Even many liberal nonprofits argue that the rule goes too far in limiting their political activity—but the main target appears to be the conservative 501(c)(4)s that have so irritated Democrats.

• Feb. 13, 2014: The Hill newspaper reports that “Senate Democrats facing tough elections this year want the Internal Revenue Service to play a more aggressive role in regulating outside groups expected to spend millions of dollars on their races.”

In 1170, King Henry II is said to have cried out, on hearing of the latest actions of the Archbishop of Canterbury, “Will no one rid me of this turbulent priest?” Four knights then murdered the archbishop. Many in the U.S. media still willfully refuse to see anything connecting the murder of the archbishop to any actions or abuse of power by the king.

Bradley A. Smith, a former chairman of the Federal Election Commission, is chairman of the Center for Competitive Politics.  This article was published in The Wall Street Journal.