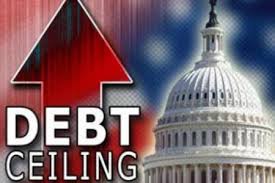 Debt ceilings also provide a false sense of security. Borrowing will never get too far out of hand, the thinking goes, because the ceiling will cap it. Yet the U.S. debt hits the debt ceiling time and again because the federal government runs chronic deficits. This addiction to overspending has forced Congress to raise the debt ceiling more than 90 times during the past 70 years, and 15 times since 1993 alone.

The financial burden of the federal debt depends not only on the size of the debt, but also on the interest paid. The product of the level of the debt and the interest rate determines the government revenue needed to service the debt. The low interest rates on federal debt (and other debt) during the past decade have made it easier to service even a growing debt. Were interest rates to rise, the debt-service burden would increase, which in turn would mean that either higher taxes or more borrowing would be required. Additional borrowing adds to the debt.

The debt’s burden on the economy can be gauged by its relation to gross domestic product. The Congressional Budget Office projects that the debt-to-GDP ratio will remain above 70% for the next decade. This is well above the 39% average over the past four decades. In 2007, before the recession began, the debt-to-GDP ratio was 36%. This debt ratio grew rapidly during the past five years, partly because federal spending increased greatly and partly because tax revenues were low during the recession and weak recovery.

Fundamentally, the growing U.S. debt is a manifestation of the expanding size of government. Focusing on the deficit is a distraction from this concern. Since deficits can be reduced either by cutting spending or raising taxes, both liberals and conservatives can agree on the value of reducing deficits while strongly disagreeing on how to reduce them.

Here is how the debt-ceiling battle lines are drawn: Liberals want to raise taxes to cut deficits, while conservatives want to lower government spending. Yet the substantial growth in federal spending during the past 50 years under both Democratic and Republican control of Congress and the presidency suggests that the many debt ceilings during this period did little to reduce the size of government.

Furthermore, the almost ubiquitous deficits during the same period suggest that the ceiling has not even been effective at controlling the deficit. The debt ceiling may result in a complacency that can even be harmful. If members of Congress believe that they will always have another shot at spending control, they may be more lax when authorizing government spending in the budget process or, more recently, through continuing resolutions.

There is evidence at the state level of how harmful this kind of behavior can be. Many states are required to have “balanced” budgets, but the growth in spending and the size of state governments continues apace. During good times, when tax revenues are high, states “balance” their budgets by spending at the high levels consistent with large revenues. When times get tough, it is difficult if not impossible to eliminate programs that had been initiated during the fat years. Instead, the states resort to budgetary gimmicks, like delaying shortfalls until next year’s “balanced” budget.

Better than a debt-ceiling rule would be one that controls spending directly, not the debt that results from it. The specifics are less important than the general principle, which is that spending growth should be limited in a way that brings government outlays back down to historic ratios relative to GDP. This would place the attention where it belongs, on spending rather than on the difference between outlays and receipts. Increased spending, coupled with even larger increases in taxes, might bring the deficit down, but it would damage economic growth and well-being.

The relief that was felt last week when the U.S. avoided what was a very unlikely debt default will be short-lived. Congress should use this negotiating period to concentrate on the continuing growth of government and its consequences for future generations.

Mr. Becker, a Nobel laureate, is a professor of economics at the University of Chicago. Mr. Lazear, former chairman of the president’s Council of Economic Advisers (2006-09), is a professor at Stanford University’s Graduate School of Business. Both are fellows at Stanford’s Hoover Institution. This article was published in The Wall Street Journal.