Democratic Platform Puts Culture Wars ahead of Fixing the Economy 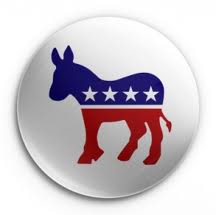 If you thought the nation’s 8.3 percent

unemployment rate and $1.3 trillion budget deficit were the top two issues of the 2012 election, then congratulations, you share the same priorities as the vast majority of Americans. Also, that means you are probably not one of the Democrats in Charlotte, N.C., who have been drafting the Democratic Party’s 2012 national platform.

For all the attention the Republican Party platform’s abortion plank received last week (the GOP is against it), the liberal mainstream media has completely ignored what the Democratic platform says on the matter. MSNBC even claimed the platform “simply voices support for the legal protections established by Roe v. Wade.”

This is not true at all. The Democratic platform endorses “a woman’s right to make decisions regarding her pregnancy, including a safe and legal abortion, regardless of ability to pay.” That last phrase, “regardless of ability to pay,” was not inserted by accident. This platform calls for taxpayer-funded abortions, a policy that almost three-fourths of Americans oppose. It is a fringe position. So where are all those “mainstream” reporters who made such noise last week?

On the economic side, the Democratic platform has nothing to offer but four more years of the same things that haven’t worked. More spending on high-speed trains to nowhere? Check. More bailouts for borrowers who took out loans they couldn’t afford? Check. Tax loopholes for favored industries? Check. Subsidies for failed energy technologies? Check. Higher taxes on energy producers and job creators? Check, check.

Last week, Deputy Campaign Manager Stephanie Cutter promised the Democratic platform would show “where the president is and where he wants to take the country.” The document that the Democrats released in the dead of Monday night reveals a party devoid of any new economic ideas, in denial about where its current ideas have gotten the country, and desperate to distract voters with culture war issues like abortion on-demand and same-sex marriage.

On Tuesday, the national debt surpassed $16 trillion — $5 trillion more than when Obama was sworn into office. Although Obama’s failed stimulus added about $1 trillion to the debt all by itself, Medicare is the main driver of the nation’s future deficits. Neither the Obama campaign nor the Democratic platform offers any solution to this problem.

This spring, Treasury Secretary Timothy Geithner made the same point about Medicare to Paul Ryan: “We’re not coming before you to say we have a definitive solution to our long-term problem. What we do know is that we don’t like yours.” The Democratic platform released this week codifies that position well.

This article appeared originally in the Examiner at www.washingtonexaminer.com on Sept. 4, 2012.