Does Hillary email flap mean trouble ahead for White House? 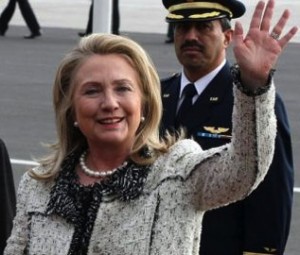 Two statements out of the White House in recent days have added to our knowledge of the Hillary Clinton email affair. First, President Obama told CBS that he learned about Clinton’s secret email account “the same time everybody else learned it, through news reports.” Second, White House press secretary Josh Earnest told reporters a few days ago, “I know that the secretary of state did trade emails with some White House officials.”

So: Obama didn’t know, even though White House officials exchanged emails with Clinton. Is that possible?

The answer is maybe. The first question to ask is whether the president — an active emailer — never exchanged an email message with his secretary of state. Even though email has been around since the early 1990s, neither Bill Clinton nor George W. Bush used it during their years in office. Obama changed that practice, but his email use is still reportedly limited by security concerns and a desire to keep presidential communications out of the hands of investigators. In his admiring account of Obama’s start in office, The Promise: President Obama, Year One, journalist Jonathan Alter reported how Obama became the first president to use email regularly:

When he was elected Obama said his greatest concern about the presidency was “living in the bubble.” To venture out of it, he insisted just before the inauguration that his security team fashion a special “fat” BlackBerry for him to wear on his hip that wouldn’t betray his location or otherwise compromise national security. Among its special features was a built-in lock that prevented anyone from forwarding or copying the president’s emails. “I’ve won the fight!” he said when they handed it to him.

But the incoming White House counsel’s office convinced Obama that he should use his BlackBerry only to communicate with twenty-five to thirty people, including family, a few friends from Hawaii and Chicago, his lawyer, accountant, and former campaign manager (David Plouffe), and a small handful of incoming White House aides. Email contact with his Cabinet or any other government officials outside the White House was prohibited because the lawyers said it might be subject to Freedom of Information Act requests. Inside the White House, inclusion became the ultimate status symbol. Denis McDonough and Mark Lippert, two young aides who came with Obama from the Senate, were at first the only National Security Council staffers with the president’s email address. Jim Jones, the incoming NSC adviser, was offered it but indicated that he didn’t use email. Larry Summers was annoyed at not being included and complained to Rahm, who put him on the list. Other White House policy aides were left off because their memos were supposed to go through the office of the staff secretary for comment from other advisors before they reached the president.

If Alter is correct that “email contact with his Cabinet or any other government officials outside the White House was prohibited,” then it is entirely plausible Obama never exchanged even one email with his secretary of state. Supporting that contention is the fact that the White House bureaucracy is constructed in a way that precludes direct emailing between Obama and any particular cabinet secretary. For most of the agencies, there is an office, the Office of Cabinet Affairs, headed by the White House cabinet secretary, whose job it is to be a liaison with the West Wing. For two departments — the State Department and the Department of Defense — that liaison in the White House is the National Security Council. In any event, though, communications from the cabinet have to go through a barrier before reaching the president.

But what about others at the White House? It’s entirely possible that Hillary Clinton exchanged emails with top officials at the National Security Council (some of whom, according to Alter’s account, had Obama’s private email address). Did those officials not know that Clinton’s emails were coming from a private account, and not from an official State Department account? That’s a question investigators will probably want to ask.

In any event, officials at the State Department almost certainly had to know what was going on. There is an office there called the Executive Secretary, which is in charge of all of the communications into and out of the secretary of state’s office. The executive secretary would not see all of the secretary’s email, but one former official said it would be “stunning” if the executive secretary did not know of Clinton’s practice of using a secret email account.

That’s not just the word of one former official. Earnest seemed to confirm that when he was asked whether “anyone at the senior level in the White House knew that [Clinton] solely was using a personal email account?”

“Frankly, I’d be surprised if anybody did,” said Earnest. “But I don’t know the answer to that. And the reason for that is that it’s the responsibility of the State Department to maintain these email systems. It’s important for people to understand that it’s not as if there is one email system that applies across the federal government. Each agency is responsible for maintaining their own system.”

So the bottom line: Somebody at the White House, probably somebody senior but not the president himself, exchanged emails with Hillary Clinton. It’s not clear whether that person, or persons, noticed what address Clinton’s email came from. But there’s little doubt that somebody at the State Department knew what was happening. Look for investigators to seek answers from all involved.