Freedom Centers Constitutional and Political Freedom Doubling Down on Absurdity ...

Doubling Down on Absurdity 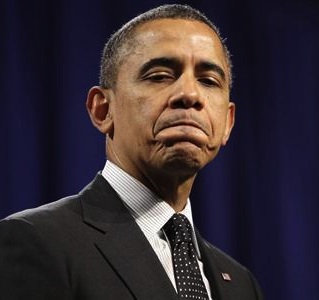 While British Prime Minister David Cameron was in town this earlier this week, President Barack Obama held a press conference and was asked about several growing scandals including the Benghazi coverup. At issue were the CIA talking points that Administration officials radically changed – removing all references to warnings before the attack, terrorism, al-Qaeda, and the planned and coordinated nature of the attack. Obama claimed it was all a politically motivated “sideshow.”

Obama made at least three claims that were clearly false. First, he said that from the first day, he was clear that the attack was an “act of terrorism.” False. Second, he claimed that he sent a White House official to Capital Hill to testify that it was terrorism. Again, false. Third, he said that Congress reviewed administration emails and determined several months ago that “there was nothing afoul.” Again, completely and totally false.

The morning after the attack, the president used the word “terror” once in his Rose Garden speech, but it was not to describe the events in Benghazi. It appeared in the speech reviewing how America responded to the original attacks on September 11, 2001. Even the liberal Washington Post gives Obama four Pinocchio’s and wrote, “The president spoke in vague terms … but he did not affirmatively state that the American ambassador died because of an ‘act of terror.’”

If Obama intended to identify the Benghazi attack as terrorism in the Rose Garden, why did the Obama administration remove all such references from the talking points? Why did Obama, Carney, Secretary of State Hillary Clinton, and UN Ambassador Susan Rice repeatedly attribute the Benghazi attack to a spontaneous protest in response to a YouTube video? And why did they explicitly deny that it was a planned terrorist attack carried out by an al Qaeda affiliate?

Why – only a few minutes after the Rose Garden statement which Obama now claims was a clear statement about the attack as terrorism – did Obama sit down for an interview with 60 Minutes and acknowledge he had specifically and purposely avoided using the word “terrorism?”

Steve Kroft said, “Mr. President, this morning you went out of your way to avoid the use of the word ‘terrorism’ in connection with the Libya attack.” Obama responded, “Right.” Kroft paused briefly and continued, “Do you believe that this was a terrorist attack?” Obama responded, “Well, it’s too early to know exactly how this came about, what group was involved…”

About a week after the attack, Carney said, “[W]e saw no evidence … that this was a preplanned or premeditated attack.” False. The CIA told them it was preplanned. Carney continued, “[W]e saw evidence that it was sparked by the reaction to this video.” Completely false. There was no protest in Benghazi. Carney said, “we know” based on “concrete evidence, not supposition.” False again.

For about three weeks, Obama, Clinton, Rice, and Carney all blamed the video and a spontaneous protest, not once, but many, many times.

A week after the attack, Obama appeared on the David Letterman Show and was asked if the attack was was an act of war. Obama responded, “No… You had an … extremely offensive video….” More of the same false narrative.

Obama was asked while appearing on Univision whether Benghazi was a terrorist attack related to al Qaeda. Obama responded, “Well, we’re still doing an investigation… And so I don’t want to speak to something until we have all the information. What we do know is that the natural protests that arose because of the outrage over the video.”

About two weeks after the attack, Obama appeared on ABC’s “The View” and Obama refused to label the attack terrorism after being asked whether it was the result of a movie or a terrorist attack. Obama said they were still studying the matter.

The next day, Obama spoke to the UN. His remarks focused on the video, mentioning it at least 6 times. He went into detail about how offensive it was, how much he deplored it, how the US has a tradition of free speech even when offensive, and how “there is no video that justifies an attack on an embassy.” The video had nothing to do with the attack, so what was he talking about? He obfuscated.

The Washington Post claims that after reviewing an extensive database of news accounts dealing with Benghazi, that this week (a full eight months after the attack) was the first time the president himself referred to Benghazi as an “act of terrorism.”

At the press conference, Obama also claimed that eight days after the attack, he sent National Counterterrorism Director Matthew Olsen to to Capitol Hill to clarify what happened in Benghazi. However, this is at best revisionist history. Olsen delivered a long statement without identifying the Benghazi attack as terrorism.

Only two days earlier, State Department spokesperson Victoria Nuland refused to admit Benghazi was a terrorist attack. She said, “I don’t think we know enough. And we’re going to continue to assess … and then we’ll be in a better position to put labels on things, OK?”

During this same time frame, Ambassador Rice was not only blaming Benghazi on a spontaneous protest to a YouTube video, but specifically denying that there were any facts or evidence suggesting it was an al Qaeda affiliated attack.

After pointed questioning by Sen. Lieberman, Olsen finally relented and acknowledged that the attack was terrorism. It it was a big media story because it was a temporary departure from the Administration’s spontaneous protest over an offensive video storyline.

The day after Olsen testified, Obama appeared on Univision and was unwilling to embrace the label of terrorism, saying “I don’t want to speak to something until we have all the information.”

News reports about a month after his testimony, reveal that Olsen was reprimanded by the White House for admitting under pressure that the attack was terrorism. The Administration denies these reports. But what is clear is that immediately before and immediately after Olsen’s testimony, the Administration refused to label it terrorism. Moreover, Olsen did not call it terrorism in his extensive prepared remarks. It was only after a lot of sharp questioning that he agreed to that label.

The facts simply do not support Obama’s new found claim that he sent Olsen to Capitol Hill to clearly declare that Benghazi was terrorism. Kindly stated, it is revisionist history. More bluntly stated, it is a lie.

And finally, during the press conference, the President claimed that Congress had “reviewed” administration emails about the changes to the now infamous talking points “several months ago” and “concluded that, in fact, there was nothing afoul…” This is simply absurd. No congressional committee ever concluded any such thing. No such finding was ever reached. Obama simply made that up out of thin air.

The old adage is still true – the coverup is always worse than the crime. The cover-up began on September 12, 2012 and it was in full swing as Obama disingenuously claimed that it was all a “sideshow.” The truth is, Obama has become a sideshow.