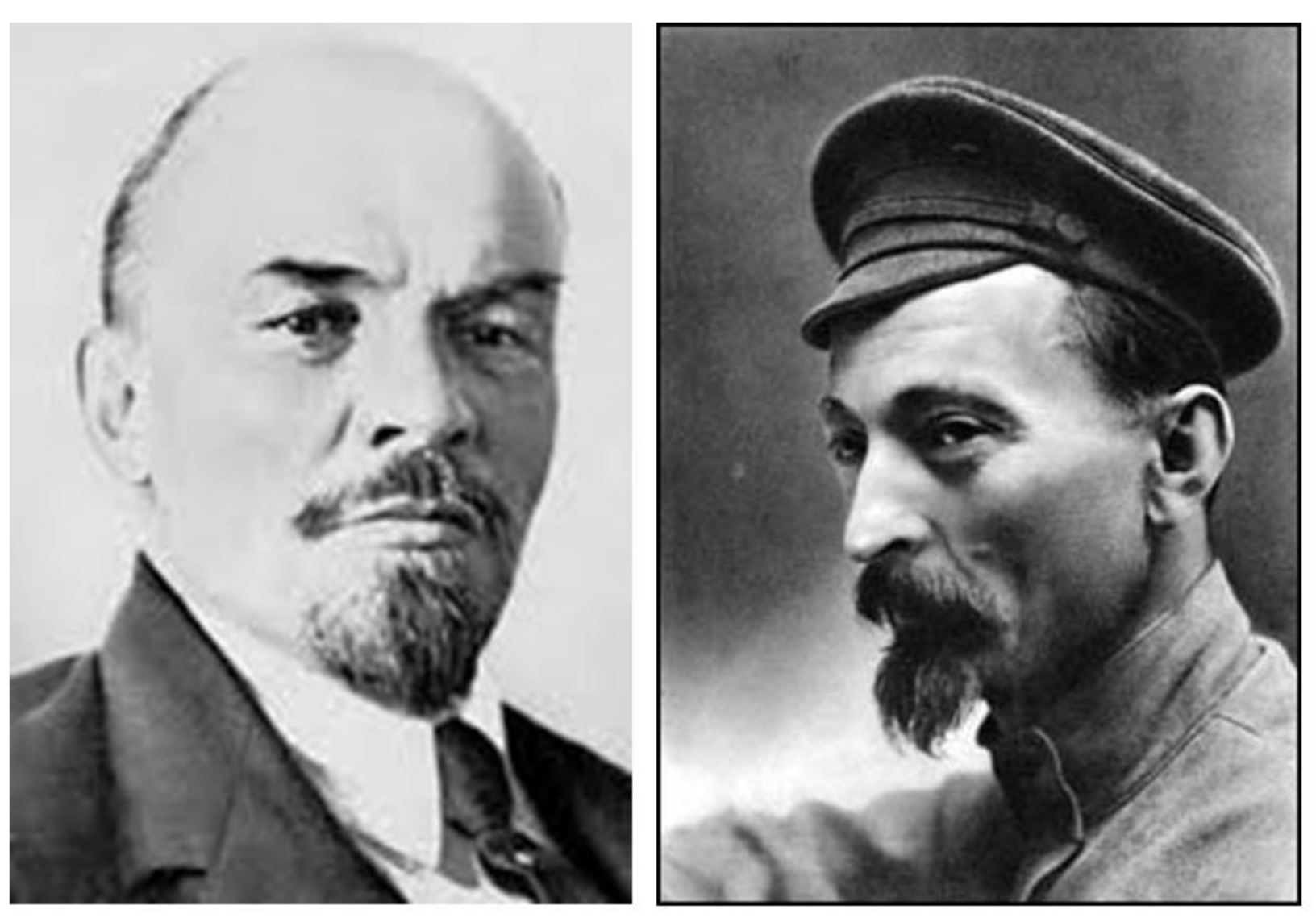 Once upon a time, in a far away country that prided itself to be the first Communist state, a Polish/Russian, Felix Edmundovich Dzerzhinsky, did the Bolsheviks’ work as the head of the first two Soviet state security organizations with the strange acronyms Cheka and OGPU. By law both organizations were at once police investigators, indicting prosecutors, sentencing judges, and executioners of the criminal orders. Accordingly, fanatically implementing the ruthless extermination policies of the Leninist Politburo, Dzerzhinsky and his agents arrested, indicted, sentenced, and executed between 1917 and 1926 millions of mostly innocent Russian and foreign Communists as well as non-Communists of all stripes and ethnicities.

Fast forward to the United States of America in the second decade of the 21st century. Between January 2009 and January 2017, during the Presidency of Barack Hussein Obama, the entire federal government, and in particular all seventeen intelligence agencies, the Department of Justice, the FBI, and the IRS were weaponized politically with the sole objective to destroy and to humiliate anybody who rose in opposition to the destructive policies of the most incompetent President in American history. As a consequence, even media outlets and journalists critical of the Obama Administration were harassed and investigated as potential threats to national security and traitors to their country. While Dzerzhinsky acted legally within the then existing laws of the Soviet Union, the Obama Administration rod roughshod over the Constitution and the laws of the nation, making a mockery of democracy and the rule of law.

On the surface, the presidential elections of 2016 were not distinguishable from any previous elections. However, beneath the surface lurked four major factors. First, the Democrats nominated Hillary Rodham Clinton who was already under multiple criminal investigations. Second, the Democrat Party placed her in an impossible position. On the one hand, she was tasked with upholding the Obama coalition of disparate and politically volatile minorities. On the other hand, she was expected to tear into the Republican nominee for his “deplorable” populism and political inexperience. Since she chose to campaign as an elitist markedly to the left from the center, Clinton ended up bolstering Trump as a person more attuned to the problems of the average Americans, thus alienating large blocks of otherwise Democrat voters. Third, Hillary Rodham Clinton’s whole campaign was too emotional and thus devoid of common sense rationality. Finally, when it was revealed that the chair of the Democrat Party, with the active assistance of the White House, rigged the elections within the party to defeat her main opponent Senator Bernie Sanders, Clinton lost the party’s more militant supporters too.

On the other side of the political spectrum, Donald J. Trump waged a campaign to expose the economic and foreign policy failures of Barack Hussein Obama and Hillary Rodham Clinton, as Secretary of State. In that he was successful. Most importantly, he was able to portray himself as the champion of the neglected American people in general, the working and middle classes in particular, thus turning the table on Obama’s class welfare election strategy. In foreign policy, he promised to make the United States of America respected again internationally. The result was a resounding victory for the Republicans and a humiliating defeat for the hapless Clinton and the entire Democrat establishment.

The suspicion that Clinton might not be a strong candidate prompted the Obama White House, the Democratic National Committee, and even the Clinton campaign to resort to the methods of the Soviet Bolsheviks to bolster her chances against the Republican nominee. Thus, the funding of Christopher Steele’s disgraced investigation and its product the infamous “Dossier.” Compiled with the assistance of current and past Russian intelligence officials, the “Dossier” did not contain a single proven evidence against Donald J. Trump or members of his campaign. Yet, Christopher Steele’s product served to obtain illegally several FISA warrants that started a counterespionage investigation, which in turn led to the surveillance and unmasking of innocent American citizens.

To add insult to injury, the then Director of National Intelligence James Clapper and the then Director of the CIA John Brennan both joined James Comey, then the Director of the FBI, to destroy the Republican nominee and members of his campaign. As an ultimate disgrace to the Constitution, the rule of law, and the entrenched federal bureaucracy, this Obama lead cabal succeeded to force the new Department of Justice to appoint a Special Counsel to investigate a non-existent “collusion” between unnamed Russian individuals and entities, and the Trump campaign.

Today, in the third year of the previous and the present investigation, not a shred of evidence has been produced in support of the “Russia Collusion.” What has been accomplished thus far, however, amounts to a Bolshevik witch hunt, the unnecessary destruction of human existences, and the long lasting damage to the United States of America’s international reputation as a democratic and law abiding country. All this is scandalous and amounts to the greatest disgrace in American political history.

Meanwhile, the real culprits are being shielded by the ongoing investigations. The treasonous sale of Uranium One to the Russian State Atomic Energy Corporation Rosatom, the resulting enrichment of the Clintons and their Foundation, the destruction of servers, emails, text messages by Hillary Rodham Clinton and her followers, the FBI’s phony investigation, the modified, doctored, and outrightly falsified witness reports, the unlawful hiding of information from Congress, and the palpable political bias of the leaderships of all those agencies must trigger resolute criminal investigations by the Department of Justice.

Such investigations must begin with a thorough examination of former President Barack Hussein Obama’s role in the whole “Russia Collusion” scandal. As the French saying goes: The fish rots from the head. In addition, the roles of Valerie Jarrett, Ben Rhodes, James Clapper, John Brennan, Loretta Lynch, Sally Yates, James Comey, Andrew McCabe, Samantha Powers, Bruce Ohr, his wife Nellie Ohr, and as of yet unnamed others must be thoroughly scrutinized, and if needed forcefully investigated. In the case of Special Counsel Robert Mueller, his blatant conflict of interest must be looked into.

Over and above of all these illegalities, political biases, and lies, the overarching issue is the glaring corruption of the federal bureaucracy and, in particular, the intelligence and law enforcement agencies. Again, this raises the leadership role and culpability of former President Barack Hussein Obama. On September 2, 2016, Lisa Page texted Peter Strzok: “(President Obama) wants to know everything we are doing.” Indeed, without a direct order from the then President, the intelligence agencies, the Department of Justice, and the FBI surely would have not dared to embark on this corrupt journey of total illegality.

The incontrovertible evidence that the FBI has been corrupted from the highest levels of the White House is in the fact that the “Russia Collusion” investigation was monopolized by the FBI Headquarters. By law, the FBI field offices in the 50 states are responsible for investigating all matters which fall within the jurisdiction of the FBI and report their findings to the appropriate US Attorney within their field division. Often the investigations involve more than one field office. Where the actual prosecution will take place is designated “office of the origin” and those assisting are “auxiliary offices.” The office of origin directs the case and reports its findings to the FBI Headquarters. The latter is primarily there to support the field offices. This includes liaison with the Department of Justice as well as ensuring that the field offices comply with current policies and the law. For agents assigned to the FBI Headquarters to assume an active role in and control an investigation almost has been unheard of in FBI history. Even more unheard of is to have an agent at any level to render a prosecutorial opinion. Therefore, for Peter Strzok to travel to London to interview and evaluate a potential confidential source in the “Russia Collusion” investigation is beyond the pale. Also Comey’s infamous television appearance and his convoluted exoneration of Hillary Rodham Clinton in the summer of 2016 was unprecedented. Besides, there are FBI agents assigned to every embassy throughout the world who are called “legats.” They represent the FBI in the countries covered by the embassies. For this reason, the interview and related actions should have been undertaken by the legat in London and not by Peter Strzok from Washington, DC. The argument that the FBI Headquarters needed to have direct investigative responsibility because the matter’s national security importance does not hold water at all. Field offices have always handled equally and even more important and sensitive investigations fairly and impartially. On the contrary, if this investigation would have remained in one or more of the field offices, political bias could not have been a factor. With the new incriminating emails and text messages, this fallacious argument by the Department of Justice and the FBI is nothing but the height of hypocrisy. Lastly, Lisa Page, the attorney in the FBI Headquarters, had no investigative experience. By tradition, lawyers have been employed by the FBI first had to serve as agents.

Political corruption is contagious. It always spreads to every other area of a nation’s life. Ultimately, it destroys democracy, the rule of law and the moral fabric of the entire society. This process is called the Bolshevization of the state. The Bolsheviks attempt at putting a corrupted and absolutist ideology into practice failed miserably. But before it did, tens of millions of innocent people had to perish. The Bolsheviks of the United States of America had their fifteen minutes of fame under former President Barack Hussein Obama. To prevent the recurrence of the results of the 2008 and 2012 elections, the American people must be educated about the true nature and intentions of what is colloquially called the American Far Left.