The Destructive Politicization of Illegal Immigration 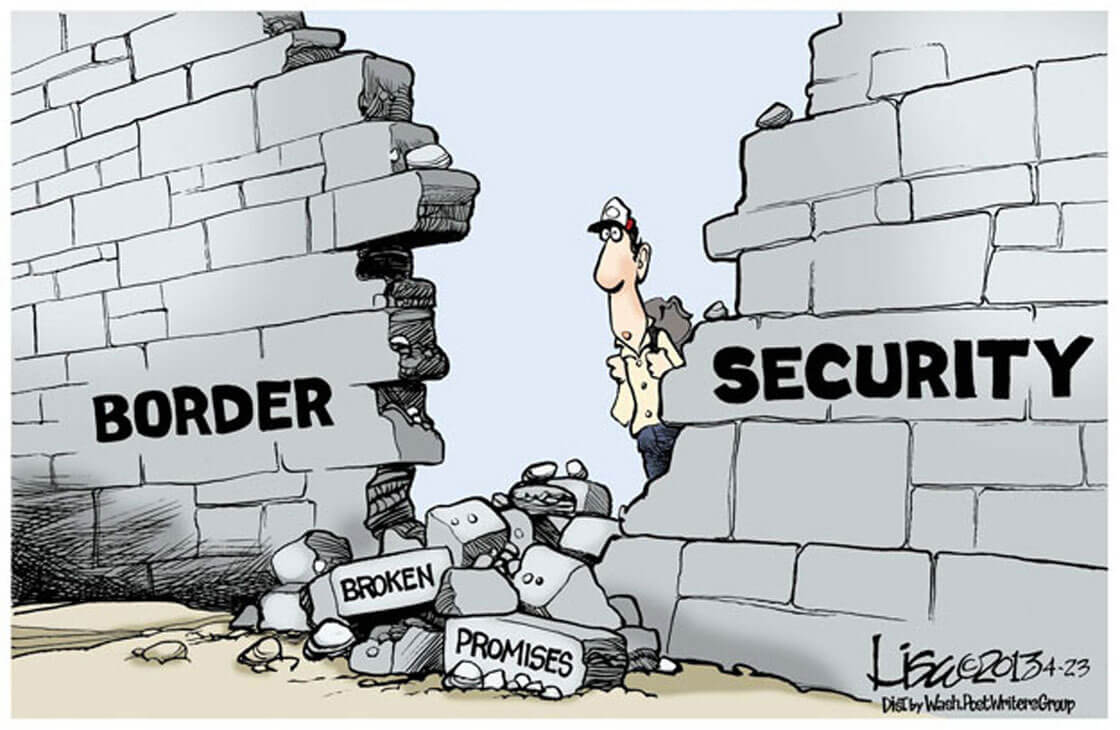 Having been elected President on November 8, 2016, among others on the strength of his fierce opposition to former President Barack Hussein Obama’s politically motivated and largely lawless immigration policies, Donald J. Trump has promised the American people to make the United States of America “safe again” from illegal immigration. While as President he has proceeded to forcefully implement his campaign promise, his opponents have steadily disregarded one of the cardinal rules of politics, namely that the sovereignty of the people in a democracy cannot be violated with impunity. Indeed, when their country has been invaded by an ever-growing crowd of uneducated and unskilled laborers, mostly unaccompanied minors – including some ruthless criminals – the vast majority of the citizenry have unified and became monster-like protectors of the laws, customs, and culture of the republic that they believed has been threatened by the unwanted foreigners. Moreover, sick of the chaos and anarchy caused by his predecessor’s ubiquitous incompetence, the majority of the citizenry voted for a strong leader who they believed will act upon his declared intentions and not let anybody step over his self-imposed red line.

Thus, starting with January 20, 2017, the die on the issue of illegal immigration has been cast: cosa fatta, capo ha, as the Romans said over two millennia ago. Henceforth the battle lines have been drawn. Generally speaking, on the President’s side have been the majority of Americans who have preferred unilateralism to the multilateralism of the Democrats and the more radicalized Left. The opposition has been comprised of the aforementioned two groups and a diverse crowd of Marxist revolutionaries, ideologically confused Communists, aggrieved minority groups, and a variety of churches and religious organizations acting upon their individual interpretations of their respective scriptures.

Although on the surface they have appeared to be guided by lofty moral principles, in reality they have pursued doggedly a clear political agenda – the stealthy overthrow of the constitution and the rule of law, the weakening of the democratic fabric of the Republic, and the destruction of the American ethos of individual freedom. Their propaganda campaign has followed slavishly the Leninist and Soviet pattern of double-speak and obfuscation. Illegal immigrants have become “undocumented aliens.” Illegal immigrant criminals have been transformed into victims of “white supremacy injustice” who therefore deserve absolute protection in sanctuary cities, even sanctuary states, and churches. Opponents of the general lawlessness have been branded as “racists” and even “Nazis.” Detention camps and prisons have been compared shamelessly to Nazi concentration and extermination camps by those who have never experienced or have actually seen Auschwitz, Dachau or Mauthausen. Clearly, for the opposition the issue of illegal immigration has been about the unsatisfactory present state and the desired globalist future of the Republic.

Indeed, the proponents of open borders, global welfare, and transnational criminality want to create Marxist revolutionary conditions in the United States of America. They hope that by bringing about ethnic, racial, and religious hostilities would lead to disunity and unbridgeable divisions in society that, in turn, would result in civil war and the certain destruction of the Republic. They also know that under such conditions there can be neither security nor prosperity for the individuals. Thus, in the ensuing global chaos, utopian Communism with its world government would be established to the benefit of all mankind. As former President Barack Hussein Obama wanted to govern as a community organizer and turn the United States of America into a hyper welfare state, distributing its “ill gotten wealth” allegedly through exploitative colonial “white supremacy”, leaders of the revolutionary far Left dream of global distribution of wealth to the entire world led by idiots like them.

Because the threat to the Republic is existential, there can be no compromise on democracy and the rule of law. In strictly legal terms, the only way to enter a state by non- citizens and legal residents is through the official approval of the individual state’s government. For those who claim to be refugees, the only legal path for admission to a state is by applying for asylum. Asylum can be claimed upon a set of national and international legislations that contain the conditions upon which a person can be granted or denied his or her request. Unfortunately, the legal provisions pertaining to the asylum processes are mostly ambiguous, and as such prone to gross abuses of the system.

In particular, the avalanche of peoples wanting to escape from poverty in the developing and underdeveloped states puts a strain on the legal institution of asylum in the United States of America too. Exacerbating this situation is the fact that the entire refugee/asylum seeker conundrum has become a very lucrative business for criminal organizations and the legal industry too. This unholy alliance of the legal elements with the well organized and even better financed mafias always leads to pervasive abuses of the institution of asylum. The obvious solution is to prevent undocumented foreigners to physically enter the United States of America and to make the preliminary screening outside its territory mandatory.

Moreover, the wall must be built to prevent a mass exodus of desperately poor and uneducated people with or without children to invade the southern borders. Where it is possible, the wall must be extended also underground to guard against the construction of tunnels. Simultaneously, punishment of employers hiring illegal immigrants must be increased to levels that would make it absolutely uneconomical to even attempt to hire them. Finally, a decisive stop must be made to the idiocy of sanctuary territories. In a democracy there is no place for lawlessness and arbitrary self-justice. For democracy cannot survive without secure borders and absolute enforcement of the laws.

Based on this crisis situation, no sane person should doubt that illegal immigration is a mortal threat to our Republic. Illegal immigrants and their enablers are in defiance of the political system and the constitutional order of the United States of America. No rights result from these facts. They are all guilty of criminal behavior. To wit, illegal acts cannot be justified on dubious moral ground because they lack the authority of legality. More importantly, no democracy can tolerate a “hybrid” situation, in which individuals and organizations in the minority can elevate themselves above the law. For, if such a situation will become the norm, the American nation would condemn itself to a living death.