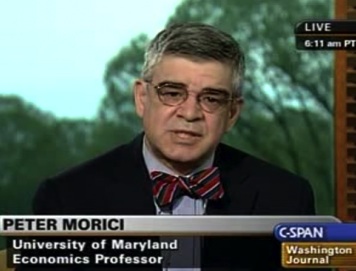 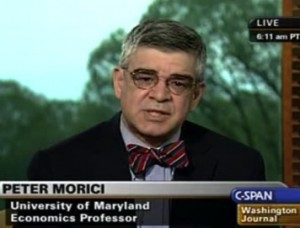 When Mr. Obama took office, financial markets were in turmoil. Unemployment peaked at 10% in October 2009.

Since, the Obama-Biden team has managed 2.2% economic growth. Unemployment is down to 7.8%, but only because millions of adults are stuck in part-time positions or have quit looking for work altogether. Factoring in those folks, the jobless rate is 14.7%.

When he sought re-election, the economy was growing at 6.3%. Unemployment was down to 7.3%, even though millions more Americans were looking for work. Eventually, it fell to 4%.

Ronald Reagan believed in American grit and imagination. He unleashed innovation by sweeping away needless regulations, while keeping those that made sense. He lowered tax rates by throwing out and limiting many deductions and credits; developed domestic energy resources; and fixed an overvalued dollar with the historic 1985 Plaza Accord, which substantially revalued the Japanese yen.

Bill Clinton later reaped benefits with an export-driven expansion, but at the behest of Treasury Secretaries Robert Rubin and Larry Summers, he swept away Glass-Steagall in 1999. Ultimately, that permitted Goldman Sachs (GS), Citigroup (C) and a handful of other Wall Street banks to become reckless behemoths that nearly destroyed the global economy. Those continue to stymie regional banks that do much of the lending to America’s small business — the greatest jobs creators on the planet.

George W. Bush deserves blame for sleeping while those giants manufactured the global financial crisis. However, Mr. Obama has done little positive to fix things. Wall Street did much to finance his ascendency to high office, and as autoworkers can attest, he is not shy about paying campaign debts with federal favors and dollars.

Dodd-Frank, championed by President Obama, is permitting those big banks to scarf up community banks and monopolize markets. Now those hardly pay any interest to the elderly on certificates of deposit but continue doling out unconscionable bonuses.

That sure grows the middle class — taxing Grandma to pay Goldman Sachs!

Mr. Obama has made the tax code even more complicated, and harps daily he wants to raise rates on small businesses to finance more crony projects like Solyndra. He has crippled petroleum development in the Gulf, off the two coasts and in Alaska, and has proven too weak to deal effectively with Beijing on currency and trade.

Obama and Biden accuse Mitt Romney of wanting to take America back to the failed policies of President Bush.

Mr. Romney would give Americans a good dose of what they want: a tax system they could understand; financial regulations that don’t pay off Mr. Obama’s Wall Street pals and abuse the elderly; freedom to develop American energy instead of stuffing the pockets of adversaries abroad and pick their own investments; and a whole lot less condescension and paternalism.

During the debates, voters heard the same old same old about terrible problems inherited and watched Obama and Biden grin contemptuously, interrupt and fail to listen courteously to their opponents.

No one has a corner on good ideas. Successful leaders listen to their competitors and embrace their successful approaches.

No surprise Obama and Biden enjoy little success working with Republicans. They simply don’t have what it takes to bring Americans together and move the country forward.

Peter Morici is a professor at the Smith School of Business, University of Maryland School, and former Chief Economist at the U.S. International Trade Commission. Prof. Morici’s article was published at Real Clear Politics.