Freedom Centers Constitutional and Political Freedom This election is not a referendum, nor is it a cho ... 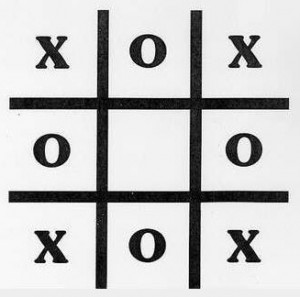 Whether one likes him personally is irrelevant and largely an impossibility as only a handful of Americans personally know the president. Regardless of whether one likes his smile, mannerisms, or rhetorical style, that is not a rational basis for support. And the argument that he had a hard job and needs more time, may or may not be true, but it does not address the all important question — has he earned another term?

By any objective analysis, Obama has failed to earn four more years. His own campaign has unwittingly admitted as much. If Obama had a record of success to run on, he would be running on it. Instead, he is running on insanely and insultingly small and petty issues or is simply sliming his opponent.

Obama’s campaign is focused on frivolous topics unworthy of a city council race — big bird, binders, bayonets, Planned Parenthood and mammograms (which is a bold faced lie), Romnesia, the much ballyhooed war on women, etc. Obama, the sitting president calls his opponent on the record a bullshitter and posts a doctored photo of Romney in a dunce hat on his official campaign website. This is not the sort of campaign that any president who was remotely successful would be running. It is a losers campaign. It has the smell of electoral death.

Obama’s campaign leaked last spring that it was going to spend hundreds of millions of dollars “killing Romney” — politically speaking. The attacks got so personal and so far-fetched that Romney successfully pointed out twice in the last debate, “Attacking me is not an agenda.” Obama had no response.

A team-Obama ad blamed Romney for killing a man’s wife because a business that Romney once owned went bankrupt causing the man to lose his job and health insurance. However, the wife had her own insurance through her employer. She wasn’t dependent on her husband’s insurance. While her death is certainly sad, it cannot plausibly be blamed on Romney even if she hadn’t had her own insurance.

Moreover, if this line of reasoning is legitimate, Romney could run ads lamenting the people that Obama “killed” because he shutdown car dealerships as part of the “bailout” deal. Some of these workers are still unemployed and lost their insurance too. Tellingly, Romney didn’t stoop to such ads.

Another Obama ad falsely claimed Romney would increase taxes on the middle class and based the claim on a study which even the authors and liberal fact-checkers agree was deeply flawed and inaccurate. But those false attack ads are on the air to this day.

Another Obama ad blamed Romney for shipping jobs to China years after Romney had left any leadership role with the “offending” company. When caught, Obama shifted gears saying that Romney has retirement mutual funds that own stocks in companies that have moved jobs to China. By that standard, Obama is an even bigger exporter of jobs to China as his retirement account has more stock in such companies. Not only is Obama shameless, he is evidently stupid as well.

These sorts of dishonest and misleading attack ads are run because Obama can’t run an ad honestly explaining how more Americans are employed today than when he took office. Obama can’t brag that his energy policies have reduced the price of gasoline. He cannot tell us he got America closer to a balanced budget.

Obama’s class warfare and his misguided policies slowed the economic recovery and wasted billions of taxpayer dollars. There are 23 million Americans who are unemployed, can’t find full-time work, or who are so despondent that they have given up looking for work. Jobs were never a serious or longterm focus for Obama. And it shows.

If history is any guide, we should be seeing economic growth and job creation that is at least double current rates. In one month during the Reagan recovery, America gained nearly as many jobs as Obama’s so-called recovery has gained in a full year.

Some apologists argue that Obama would have accomplished more, but nasty Republicans prevented him. This is silly. Both Ronald Reagan and Bill Clinton faced stiff opposition and found a way to get things done. That’s what leaders do. Losers blame others.

Moreover, Obama had super-majorities in both the House and the Senate the first two years of his presidency. And to this day, Obama has a strong majority in the Senate. But rather than working to build consensus and agreement, Obama has polarized the debate and poisoned goodwill.

Obama hasn’t been able to get even one vote for any of his budget proposals in the House or the Senate during the last three years. Not even Nancy Pelosi or Harry Reid cast votes to support Obama’s budgets. If that doesn’t make Obama an extremist, nothing does.

Obama projected weakness from day one and apologized for America on foreign soil. Obama apologists argue that Obama never used the word apology — a mindless argument. It wasn’t Republicans who said Obama was on an apology tour — it was the European press.

The Telegraph, a British newspaper wrote: “President Barack Obama has offered an apology … declaring that America had ‘shown arrogance and been dismissive, even derisive’ towards its allies…. His speech in Strasbourg went further than any United States president in history in criticizing his own country’s action while standing on foreign soil.” Obama gave similar speeches in Egypt, Turkey, and Trinidad and Tobago, to name only a few.

Readers may also remember that on this trip Obama was photographed deeply bowing to foreign leaders as if they were going to knight him. And how we can forget how Obama opined that his mere election would cause hostilities to subside in the Middle East. This turns out to have been laughably naive or insanely self-congratulatory.

Obama crows that he got Osama bin Laden and ungraciously aggrandizes his minor role. He delayed the mission for months. After months of analysis paralysis, he finally agreed to let the Navy Seals get bin Laden. Afterwards, team Obama released secret operational details to boost his weak approval rating. And he spent the next year and a half “spiking the football.”

Obama ran disgraceful political ads claiming only he had the political courage to get bin Laden. He even asserted that Romney lacked similar political courage — a laughable notion. The reality is even Jimmy Carter would have ordered the attack. Obama dithered as long as he could. Had he dithered any longer, he would have been seen for the indecisive and clueless president that he is. Obama had to let the mission move forward.

The Middle East has exploded into flames. Obama and the media have tried to label it the “Arab Spring.” Tell that to the women and children in Egypt and other nations that once could pursue education and travel without fear of being shot or raped as a punishment for not following the extremist’s edicts. These women are now subject to the radically repressive rule of violent hate-mongers. Obama’s weakness, naivety, and perpetual analysis paralysis helped the troglodytes wage a very real and violent war on women.

But the national security failures do not stop there. Obama inexplicably cancelled the missile defense system in Europe which would have protected the eastern US and our allies from Iran. Obama didn’t even ask for anything in return. Earlier this year, when he thought the microphones were off, Obama whispered to the Russian President that he would be “more flexible” after the election on arms and missile defense issues. If that was a legitimate policy, why was it whispered?

In case after case, Obama has projected weakness and assumed that the power of his personality would cause world peace to break out. But Obama’s naivety has only emboldened the Iranians, the Taliban, al Qaeda, the Muslim Brotherhood and other despots across the globe.

In the past two months, more than a dozen embassies and consulates have been attacked and our American flag torn down and replaced with al Qaeda’s flag. In Benghazi, al Qaeda affiliated terrorists burned the American consulate and killed our Ambassador and three other Americans.

Now we learn that help was denied three times at the highest levels — even when a drone or other aircraft in the vicinity could have stopped the deadly mortar attacks. Rather than honestly disclose what happened, Obama and his team have engaged in a massive and systematic cover-up. This is far worse than Watergate.

Barack Obama is an abject failure on every conceivable level — on economics, on foreign policy, on leadership, and on transparency and integrity.

If Obama had a good record on anything, he’d be running on it. He would remind Americans of all the successes during the last four years. Instead, he tells us of the difficulties and promises that with more time, he’ll do better. Even his signature “achievement” — ObamaCare — is not something he is willing to run on. It remains incredibly unpopular after he rammed it down America’s throat sideways when he should have been focusing on the economy and jobs.

Without any compelling successes during his first four years, Obama is left to campaign on lies, embarrassingly small issues, and false attacks and snide smears.

Those who vote for Obama will prove themselves to be irrational voters — willing to vote for a president who has consistently failed and who has not bothered to offer any serious explanation as to how the next four years would be different from the first four. Such irrational voters send a very troubling signal — there is no failure so profound, and there is no incompetence so great, that we will not give you another term. That is the very definition of irrational.

Those who vote for someone other than Obama are at least exhibiting some evidence of rational thought.

So I conclude as I began — this election is not a referendum and it is not a choice. It is an IQ test.