Technologies such as the Electromagnetic Launch System (EMALS) support the U.S. military

By Steve Forbes • The Washington Times 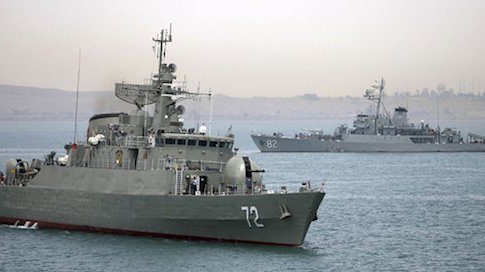 With the nation’s attention largely focused on the coronavirus, less noticed are threats to our national safety and security that are both long-running and evolving throughout the world — on land, sea, air, and increasingly in cyber and outer space. Losing sight of these threats would be a grave mistake.

Now more than ever, our nation’s leaders must double down on strengthening our military and embracing innovation to protect America and project power when necessary in an unstable, dangerous world. To do so effectively, it is critical that we invest in and equip our men and women in uniform with the most technologically advanced tools and weapons of war available.

Make no mistake, global competitors like China and Russia and rogue states like Iran and North Korea are working diligently to enhance their military capabilities in the hopes of eroding America’s competitive edge.

Fortunately, President Trump has made re-establishing our military strength and global position in the world a national priority after years of neglect during the Obama administration. He has insisted that while the Department of Defense pursues and invests in next-generation technologies, it must do so with taxpayers’ money in mind. And with a defense-wide review underway, expect even more fiscally-minded reforms to materialize over the next several years.

For example, the Ford-class aircraft carriers currently under production are poised to significantly expand our military capabilities, improve the quality of onboard life for our deployed sailors — and exploit the benefits of cutting-edge technologies. The USS Gerald R. Ford (CVN-78), the first of the Ford-class, returned to sea in January and has now completed aircraft compatibility testing, flight deck certification, and other critical milestones in making the carrier battle-ready.

Mr. Trump has paid keen attention to these new carriers — and he has continuously addressed costs associated with their production. In fact, earlier this year, the Trump administration doubled down on its commitment to the Ford-class by convening the “Make Ford Ready” summit to ensure CVN-78 meets its cost targets moving forward.

These modern carriers are equipped with the latest technologies that ensure our troops will be able to protect our nation at a moment’s notice, whether in the Strait of Hormuz or the South China Sea. They are faster, more lethal, more durable and more technologically advanced than any other carrier ever put to sea by any country. And one key advantage which will improve performance, save money and protect American lives (or take the enemy’s when needed) is the carrier’s electromagnetic launch system technology, which was conceived, developed and produced here in the U.S.

The Electromagnetic Aircraft Launch System — EMALS — had its initial skeptics, Mr. Trump among them. But its subsequent performance has spoken for itself. Because the system replaces old, steam-based catapult systems developed in the 1950s, the carriers are able to launch the full complement of planes in the Navy’s air wing. This includes the critically important lightweight and heavyweight drones that are increasingly being used in reconnaissance and battlefield operations. And unlike incumbent catapult systems, EMALS is designed to accommodate future aircraft that come into production in the years ahead.

By replacing the complex and large system of steam pipes on the carriers, this new catapult system delivers a 25 percent reduction in the number of crew members needed to operate and maintain the system. The Navy has estimated this will amount to almost $4 billion in savings from operating costs over the ship’s expected 50-year lifespan. And in line with Mr. Trump’s commitment to establishing greater cost discipline for large DOD contracts, more cost savings have been realized through the negotiation of multiple ship production contracts for EMALS.

The second and third Ford-class carriers are already seeing 16 percent to 27 percent production cost savings respectively. Manufacturing, supply chains, production schedules and jobs are becoming stabilized. As the current crisis has put in stark relief, reliable supply chains are critical, and negotiated, multi-carrier contract buys ensure the stability of U.S. jobs and equipment. For taxpayers, this means significant cost savings without compromising our ability to deliver the most modern equipment available to support our warfighters.

Predictably, however, our competitors are now racing to develop similar technologies. For example, China has reportedly commissioned its own electromagnetic catapult system for its aircraft carriers to allow them to launch more advanced planes and other weaponry. Yet, with America’s new carrier class moving further into subsequent production phases, and our allies wanting to benefit from U.S. military innovations like EMALS, we now have a huge advantage that the United States can and should fully embrace to ensure our military supremacy. Any global competitor seeking similar technologies with ill intent will not go unchecked.

These types of cutting-edge and innovative investments are critical in rebuilding our nation’s military. They also are firmly aligned with Mr. Trump’s commitment to ensure that our military professionals receive far more technology at less long-term cost to taxpayers. Our nation cannot afford to fall behind.