Emperor Obama has no clothes 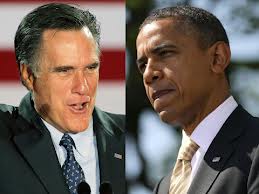 The conventional wisdom is that tonight’s presidential debate is a huge opportunity for Republican nominee Mitt Romney. The emperor-has-no-clothes reality is that the political forum would be meaningless if President Barack Obama could stand on the stage and boast his administration had ushered in an era of low unemployment, surging economic growth, reasonable gas prices and rising prosperity for the American family.

None of that is remotely plausible. The jobless rate has been north of 8 percent for 43 months. Median family income fell more during the Obama recovery than during the recession. Economic growth is slowing: The economy grew at only a 1.3 percent rate in the second quarter, raising fears the nation may be drifting back toward recession.

In addition, Obama’s big foreign-policy accomplishment, the killing of Osama bin Laden, lost some luster in the killing of U.S. Ambassador Chris Stevens and three other Americans in Libya and the assaults on U.S. embassies across the Muslim world. A scandal is brewing over revelations suggesting lax security for Stevens and over the administration’s initial, repeated denials that Stevens was killed in a terrorist attack in what increasingly looks like an effort to protect Obama’s campaign theme that he has degraded al-Qaida. Al-Qaida links to the Benghazi murders are no longer deniable; the terrorist group is a growing menace in the Middle East and North Africa, and al-Qaida in Iraq, all but wiped out by President George W. Bush’s surge, has made a deadly comeback.

Such developments may explain a new Rasmussen Reports poll finding that only 29 percent of likely voters believe the United States is stronger than it was four years ago and 49 percent say it’s weaker.

Obama’s defense, as proclaimed by Bill Clinton in his Democratic convention speech, is that the economic collapse was just too big for Obama or any president to handle in one term. Obama has seized this theme, claiming Washington can’t be changed from the inside.

These excuses are amazing considering Obama for two years had overwhelming Democratic majorities in Congress and used them to pass ObamaCare rather than focus on economic revival.

Obama favorite Elizabeth Warren, running for the Senate in Massachusetts, claims the system is rigged against middle-class Americans. Is this supposed to be a testimonial to four years of Obama’s stewardship?

Maybe she has a point, but not in the way she means. The 2011 American Community Survey just released by the Census Bureau found that seven of the 10 counties with the highest household incomes are not located around our capitals of commerce and finance such as New York or Chicago but around the nation’s capital.

“Household incomes rose in most counties around Washington last year, even as they continued to sink around the country,” the Washington Post reported in summarizing the survey.

Yes, the system is rigged under Obama, rigged to favor the growth of the federal government — its bureaucrats and the lobbyists, lawyers and special-interest groups that feed off taxpayers — at the expense of reviving the private economy where taxpayers live. Perhaps nothing summarizes Obama’s failures better than this picture of government affluence funded on the backs of the middle class.

This article was published in the Chicago Sun-Times on October 1, 2012