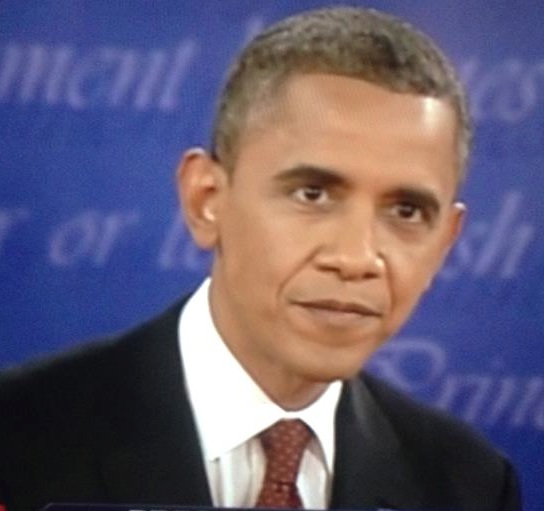 Holmes is a one-man book of quotes, but a particular statement got him in trouble. Not the Uncle Tom reference, but his offer of $100,000 to anyone who could show him that “a bunch of whites” had adopted black babies in Alabama.

His offer, which subsequently had to be modified, produced hundreds of mixed-race family photos posted to a Facebook page , “Faces of Families,” from Alabama and several other states. A statehouse rally of mixed-race, adoptive families also ensued. Holmes apparently has not been moved to retract his original statements.

No one denies that there are racists roaming the byways of Alabama — as elsewhere. But this doesn’t translate to all whites being racists, as Holmes implied, nor does it justify slinging racial slurs at African Americans who don’t toe the party line. What can be more racist than insisting that all blacks think only a certain way?

That Scott and Thomas are conservatives who happen to be black earns them only contempt from what might be called “establishment blacks” — people whose identities have become so entrenched in past grievance that they can’t or won’t see that they have become what they loathed. History is littered with episodes of anti-establishment protesters becoming the new bureaucrats, victims the new oppressors.

To insist that Thomas and Scott are serving their white masters is above all a racist remark. The truth is, far more courage is required to be a black conservative than to foment outrage against manufactured heresy.

What’s merely crazy in Alabama is cognitively dissonant in Washington, which, you may recall, is home to a president and an attorney general who both happen to be African American. Speaking recently at the 2014 convention of the Rev. Al Sharpton’s National Action Network, a nonprofit civil rights organization, Attorney General Eric H. Holder Jr. said that he and President Obama have faced “unwarranted, ugly and divisive adversity.”

How much time do you have?

Holder later denied making a race reference, saying he was only referring to the decline in civility. True, Holder didn’t say anything specifically racial — he’s far too smart for that — but aren’t we too smart to believe race isn’t what he meant? Inference isn’t a science, but the preponderance of evidence (the involvement of Sharpton; a largely African American audience; the mention only of two black leaders, and not leadership in general, suffering incivility) suggests that only a fig would miss his point.

Do some Americans dislike Holder and/or Obama because they’re African American? Undoubtedly. Does this explain why the president and the attorney general have been criticized? No. Could it have something to do with dissatisfaction in the direction they’re taking the country? Most certainly.

Holder cannot pretend that his conduct in the attorney general’s office is in question only on account of his skin tone. In a provocative observation, Brit Hume of Fox News remarked that, contrarily, Obama and Holder have been given a pass precisely because they are African American. Indeed, Obama said something similar not long ago, noting that no doubt some people dislike him because he’s black and, equally plausible, some give him a pass because he’s black.

It is striking that during what many had hoped would be a post-racial America, racial division has been amplified, owing not least to sustained media attention. Then again, maybe we’re experiencing the final death rattle of our racist past. Perhaps all those suppressed thoughts and feelings of anger, hurt and frustration had to rise to the surface before they finally could be eradicated.

Kathleen Parker is a columnist for The Washington Post.