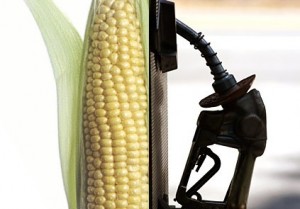 It is now almost universally accepted in some circles that bio-fuels such as ethanol are the answer to America’s energy woes. Additionally, many ethanol enthusiasts have said that use of ethanol rather than fossil fuels will help reduce greenhouse gas emissions which global warming adherents believe may cause climate change. Yet, a study conducted at University of Edinburgh concludes that ethanol actually produces substantially more greenhouse gas than fossil fuels.

Nowhere is this trend towards ethanol as the answer more obvious than in the United States where the President Obama continues to push America towards corn-based ethanol. Over the years, policy makers have mandated more ethanol and heavily subsidized its production at taxpayer expense — on the assumption that it will reduce our need for oil and reduce greenhouse gases all at the same time. Just one problem — it won’t reduce greenhouse gases, but rather increases them. And it is doubtful that corn-based ethanol is at this time an economically viable energy solution. If it were viable, it would not have required taxpayer subsidies for the past 30 years.

This illustrates a common problem in public policy — too often solutions are promoted without understanding their consequences. Few policy makers understood that mandating more ethanol and heavily subsiding it at taxpayer expense would create food shortages in developing nations where corn is an important food staple. But the truth is, there are poor people in developing nations who are struggling to feed themselves and their children so that we can feel good about ourselves using more ethanol. Part of the reason policy makers felt good about mandating more ethanol and using your and my money to pay for it was that they thought it would reduce greenhouse gas emissions. But, of course, they were wrong. In truth, it dramatically increases greenhouse gas emissions.

The Edinburgh study shows the importance of ensuring that public policy is assessed thoroughly and honestly before promoting it as the solution. “One wants rational decisions rather than simply jumping on the bandwagon because superficially something appears to reduce emissions,” said Keith Smith, a professor at the University of Edinburgh who helped conduct the study.

This study is not the work of some politically motived group trying to counter Al Gore’s alarmism. It is serious science, conducted by serious researchers — including scientists from Britain, Germany and the United States and including Paul Crutzen, who won a Nobel Prize for his research on ozone. The study is published in the scientific journal Atmospheric Chemistry and Physics.

In light of this information, the question is whether policy makers will have enough sense to rethink their favorite “solutions.” Or will they ignore the facts as they so often do and pursue their political goals, rather than actually solving real life problems? Given the tone of the energy debate in Washington these past several years, it questionable whether real solutions are even seriously desired. But the good news is that we the people have the ability to change Congress if they do not do their job.

One look at America’s energy situation, makes it clear that the Obama Administration is not doing its job. Given that sad fact, we can expect more bad energy policy and even higher energy prices in the long run. Perhaps this is one reason why approval ratings are at all-time lows.