FDR’s Folly: How Roosevelt and His New Deal Prolonged the Great Depression 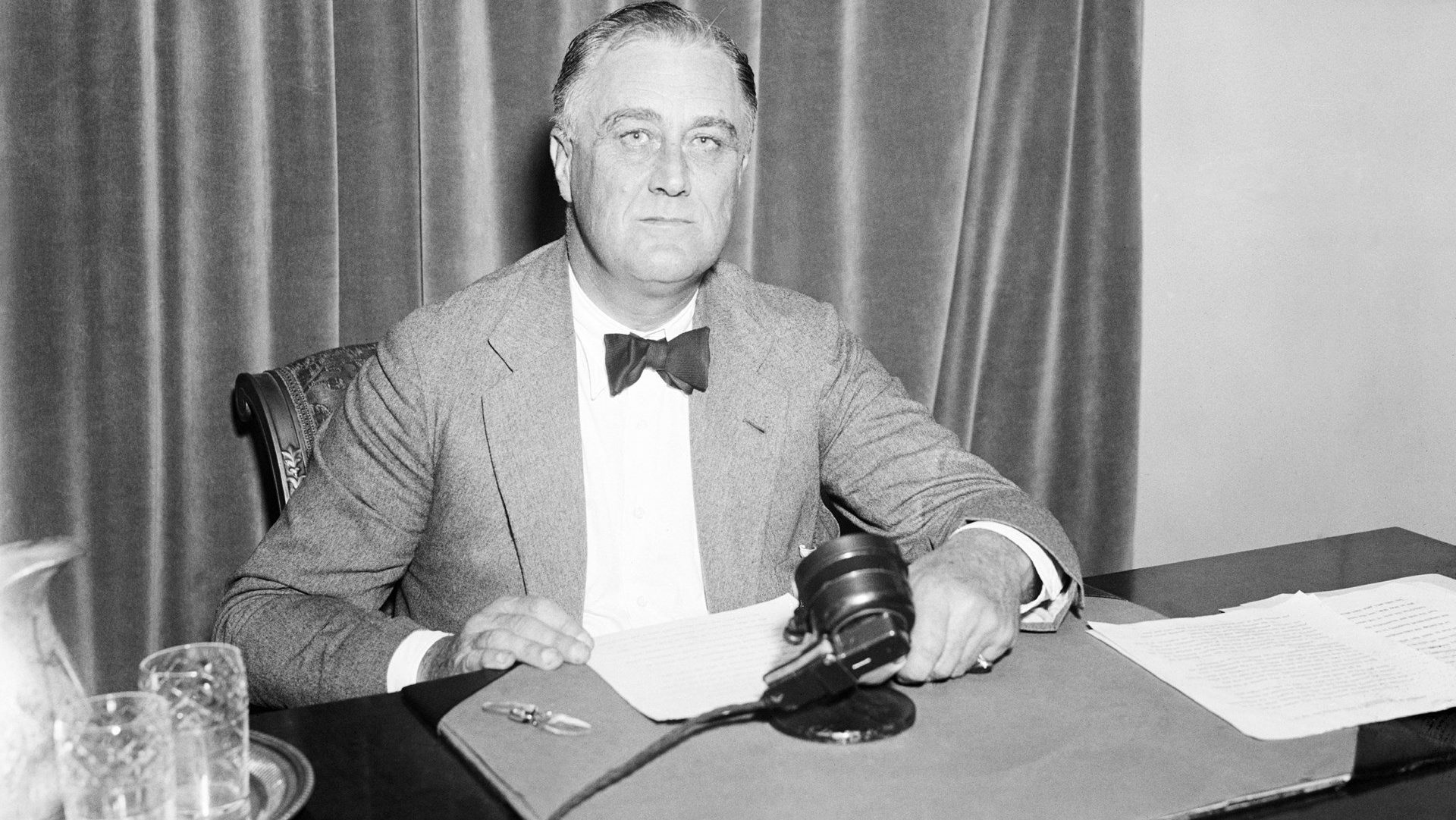 The Great Depression of the 1930s was by far the greatest economic calamity in U.S. history. In 1931, the year before Franklin Roosevelt was elected president, unemployment in the United States had soared to an unprecedented 16.3 percent. In human terms that meant that over eight million Americans who wanted jobs could not find them. In 1939, after almost two full terms of Roosevelt and his New Deal, unemployment had not dropped, but had risen to 17.2 percent. Almost nine and one-half million Americans were unemployed.

On May 6, 1939, Henry Morgenthau, Roosevelt’s treasury secretary, confirmed the total failure of the New Deal to stop the Great Depression: “We are spending more than we have ever spent before and it does not work. . . . I say after eight years of this Administration we have just as much unemployment as when we started. . . . And an enormous debt to boot!” (For more information, see “What Caused the Great Depression?“)

In FDR’s Folly, Jim Powell ably and clearly explains why New Deal spending failed to lift the American economy out of its morass. In a nutshell, Powell argues that the spending was doomed from the start to fail. Tax rates were hiked, which scooped capital out of investment and dumped it into dozens of hastily conceived government programs. Those programs quickly became politicized and produced unintended consequences, which plunged the American economy deeper into depression.

More specifically, Powell observes, the National Recovery Administration, which was Roosevelt’s centerpiece, fixed prices, stifled competition, and sometimes made American exports uncompetitive. Also, his banking reforms made many banks more vulnerable to failure by forbidding them to expand and diversify their portfolios. Social Security taxes and minimum-wage laws often triggered unemployment; in fact, they pushed many cash-strapped businesses into bankruptcy or near bankruptcy. The Agricultural Adjustment Act, which paid farmers not to produce, raised food prices and kicked thousands of tenant farmers off the land and into unemployment lines in the cities. In some of those cities, the unemployed received almost no federal aid, but in other cities — those with influential Democratic bosses — tax dollars flowed in like water.

Powell notes that the process of capturing tax dollars from some groups and doling them out to others quickly politicized federal aid. He quotes one analyst who discovered that “WPA employment reached peaks in the fall of election years. In states like Florida and Kentucky — where the New Deal’s big fight was in the primary elections — the rise of WPA employment was hurried along in order to synchronize with the primaries.” The Democratic Party’s ability to win elections became strongly connected with Roosevelt’s talent for turning on the spigot of federal dollars at the right time (before elections) and in the right places (key states and congressional districts).

Powell’s book is well researched and well organized. His chapter titles are a delight. He synthesizes a mass of secondary sources (and some primary sources) in making a strong and persuasive case that the New Deal was a failure and that the Roosevelt presidency, at least in its first two terms — was a disaster. Powell covers all the major New Deal programs; he draws on the research of historians both “liberal” and conservative; and he is nuanced — this is no hatchet job — in that he concedes that some of Roosevelt’s policies, such as tariff revision, were more economically sound than, say, his industrial and agricultural policies.

FDR’s Folly takes its place on the shelf alongside Gary Dean Best’s Pride, Prejudice, and Politics and his more recent Retreat from Liberalism as liberating revisionist works that challenge the long-standing adulation of Roosevelt given by almost all historians. In the most recent Schlesinger Presidential Poll (1997), the historians and “experts” chosen by Arthur Schlesinger, Jr., collectively ranked Roosevelt as the greatest president in American history, even though every other American president had lower unemployment rates than Roosevelt did for his first eight years in the White House. As late as 1999, David Kennedy won the Pulitzer Prize for a book (Freedom from Fear) that largely praised the New Deal as a legislative program and Roosevelt as its author.

With the dawning of the 21st century, we may be witnessing the final departure of Roosevelt’s loyal academic propagandists and those targeted recipients of his federal largess. In such a climate, Jim Powell has given us, with FDR’s Folly, a refreshing, must-read account of the New Deal.