Freedom Centers Economic Freedom WITH AN ECONOMY THIS STRONG, NO DEMOCRAT CAN DEFEA ...

WITH AN ECONOMY THIS STRONG, NO DEMOCRAT CAN DEFEAT TRUMP—BUT THE TRADE WAR WITH CHINA MIGHT | OPINION 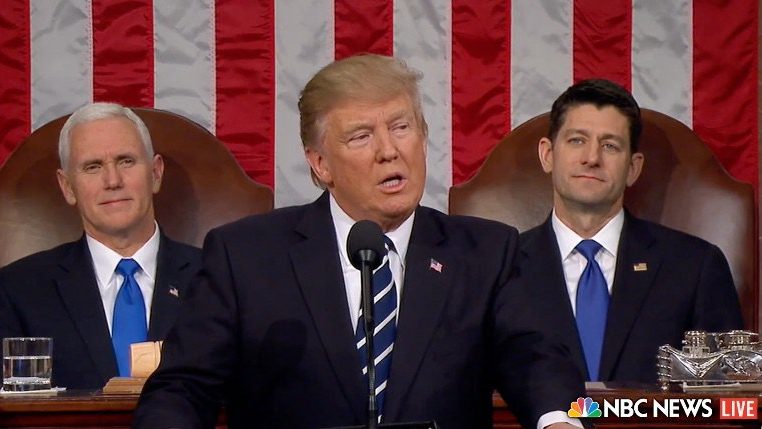 President Donald Trump planned on seeking a second term based largely on the strength of the economy. Unemployment is down to a 50-year low. The Bureau of Labor Statistics reports the creation of nearly 6 million new jobs since he came into office. Wages and profits and revenues to the federal Treasury are up. The stock market is generally surging, and economic growth is once again the order of the day.

It’s an enviable economic record, especially when compared with his two most recent predecessors. Things are going so well, some of the president’s bitterest foes predict it’s strong enough to carry him across the 2020 finish line first.

The naysayers—those who’ve never liked Trump—point to a few statistics to suggest the fundamentals of the economy are softer than they appear. The inverted yield curve that appeared this week, now that the yield on 10-year U.S. government bonds is lower than that for two-year notes, has some people saying a recession sometime in the next two years is possible.

The U.S. economy is the world’s strongest right now but, says the president, would be even stronger had the Federal Reserve not raised interest rates too high too fast. Others say if things head south, it will be because of the ongoing trade war with China.

“I think we’re going to have a very long period of wealth and success,” Trump told reporters on Thursday. “Other countries are doing very poorly, as you know. China is doing very, very poorly. The tariffs have really bitten into China. They haven’t bitten into us at all.”

In response to the U.S. imposition of tariffs on its exports, Beijing weakened the yuan, effectively blunting their effect. Trump countered by delaying until December the next round of tariffs, mostly on consumer goods, scheduled to take effect on September 1 until mid-December.

That’s right in the middle of U.S. retailers’ most profitable period and could cause trouble at home. These and other moves have caused dramatic fluctuations in the stock market. The U.S. Trade Representative says everything’s just “next steps” in the process of getting China to do a deal.

Whether that’s true is a subject for debate. Capital Alpha Partners’ James Lucier counseled investors to view the delay of the tariff imposition as being as advertised and not as “backtracking in policy or a ‘blink’ by the U.S.” and “a case of the White House and President Trump, in particular, getting ahead of his own administrative machinery.”

If the economics are sound, the politics are shaky. A second Trump term depends on Midwestern farmers and industrial workers and others whom the tariffs potentially affect adversely in critical states like Florida, Michigan, and Ohio.

These are places where the economy is always issue No. 1, where the three things voters care about most are jobs, jobs and more jobs. And, as of now, the tariffs are not working to the president’s advantage. As much as the China-bashing rhetoric may excite his base, it’s not helping them make ends meet.

Florida’s exports to China total about $1.6 billion annually. That includes $533 million in gold because Miami is now the leading hub for refiners and processors who then sell to China for use in manufacturing. Civil aircraft parts, the state’s second-biggest export, brings in $126 million now and more in the future as China becomes, over the next 20 years, the world’s largest single market for civilian aircraft sales.

The Miami Customs District alone did $7 billion worth of business with China in 2017. In South Florida, manufacturers are suffering because of the steel and aluminum tariffs.

Michigan has a $3.6 billion export relationship with China, with $1.2 billion comprising car parts. The Wolverine State contains 75 percent of North America’s auto R&D, and China is, by volume, the world’s largest automaker. The Alliance of Automobile Manufacturers says higher-priced cars resulting from the tariffs could potentially lead to the loss of 700,000 American jobs.

It’s not just cars. Over half of all U.S. soybeans are exported, with 60 percent of them going to China and $700 million coming from Michigan. “The noose is getting tighter,” Jim Byrum, president of the Michigan Agri-Business Association, told the Detroit Free Press in May. “We have lost market opportunities. We’re not shipping soybeans around the world like we normally would. We’re not shipping them to China. China was our biggest soybean consumer, and they’re not moving.”

Ohio’s exports to China total $3.9 billion, with more than $691 million worth of soybeans—the state’s top agricultural export—shipped to China in 2017. “This will be tough to take. China takes one out of every three rows [of soybeans],” Bret Davis, a Delaware County farmer and governing board member of the American Soybean Association of China, told The Columbus Dispatch about proposed tariffs in 2018. An Ohio Manufacturing Extension Partnership survey of 457 Ohio manufacturers conducted in January found that 14 companies were hurt by tariffs for each it helped.

The Trump tariffs have already impacted negatively states that were key to him winning the presidency in 2016 and will be just as important in 2020. If the president wants to continue his record of economic success, he should focus on ending the trade war before Florida, Michigan and Ohio swing in the other direction.