Fretting and fraud on voter ID 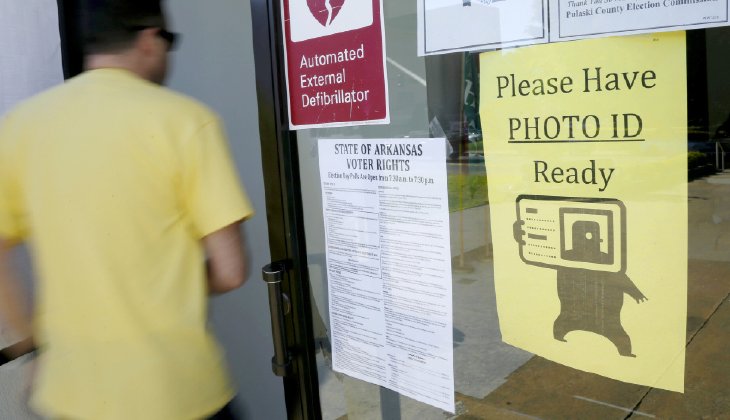 The 4th Circuit Court of Appeals on July 29 struck down North Carolina’s 2013 voting law, which included a voter identification requirement and reduced the the number of days before Election Day on which people could vote.

It is perfectly reasonable for a state to demand that voters show ID at the polls, but the court decision and others recently handed down in other states suggest a systematic campaign is underway to discredit this basic truth. The principal weapon used in this campaign is the Left’s favorite: racial discrimination.

As long as an ID is easy to obtain and those without one may prove their identity later, voting regulations should be left to the states. Heavy-footed interventions of the type we are seeing is a constitutional usurpation against states rights.

North Carolina’s law allowed voters with “reasonable impediments” to fill out a form and cast a provisional ballot. This is why nearly every country in the world except the U.S. has a national law of this type, including Mexico and Canada. (Not all of the identification requirements are identical. Canada, for example, accepts credit cards as proof of ID.)

The number of people who cannot obtain photo identification is miniscule, despite the Left’s wild attempts to exaggerate it by marshalling biased studies with findings that undermine their credibility. The tiny population who for extraordinary reasons cannot currently get ID can almost certainly be accommodated with reasonable legal exceptions.

There is no evidence that those who lack ID are concentrated in any minority population. That’s one reason why ID laws did not reduce black turnout in any of the many states, including North Carolina, which recently introduced them. Nor did those ID laws in effect before 2008 prevent record black turnout in the states where they had already been enacted.

In arguing that North Carolina’s law was uniquely discriminatory in this respect, the court employed chopped logic and fuzzy math. It accepted that black turnout increased after the ID law passed, but decided there was a discriminatory effect because it increased by only 1.8 percent in the 2014 midterm elections compared to 12 percent when Barack Obama was on the ballot.

If that doesn’t sound like strong evidence to you, it doesn’t to us either. Should black turnout be expected to increase by double digits in every election? Of course not. It’s not even a mathematical possibility.

The reason so few people lack photo ID today is that life in modern America is nearly impossible without it. Without ID you cannot rent or buy a home or car, or alcohol, or tobacco. You can’t board an airplane. You can’t buy a cell phone plan, or a health insurance plan under Obamacare, or open a bank account, or get welfare or unemployment benefits, or even — get this — obtain credentials to attend the Democratic National Convention.

It is impossible to get a job legally without copious identification. A state-issued photo ID. or U.S. passport is just one of the many annoying requirements workers face under federal tax law. Does the federal government or the Democratic Party act with discriminatory intent when these institutions demand that people prove who they are?

Simply to ask the question is to demonstrate how ridiculous it is.

At most, those lacking ID form a subset of illegal immigrants (who cannot vote anyway) and a much smaller subset of older voters who have owned their homes for generations, have been retired for more than 15 years and neither drive nor fly anywhere. Perhaps there are a few subsistence farmers.

And thanks to the federal REAL ID law and the 2002 Know Your Customer banking regulations, there will be almost no one (except perhaps the most fanatical libertarians) who will still lack a valid ID just a few years from now. The North Carolina law in any case made special allowances for true hardship cases.

North Carolina also reduced its early voting period. Whatever the merits of one or another early voting scheme in each state, it is clearly a question for each state’s elected officials to decide, not the federal courts. Some lawmakers were concerned that not all residents have equal access to early voting, rural residents in particular. But, while voting is a right for all citizens, early voting is a convenience, and a relatively new one at that.

Liberals raise the spectre of Jim Crow every time reasonable requirements are put into place. It demonstrates nothing more than their penchant for exaggeration and cynical use of any tool that can paint their opponents with the ugly brush of racism.

ID requirements are much less dangerous to democracy than a lack of them. If those who vote don’t have to prove they are citizens and entitled to do so, the result in tight races will be skewed. In fact, it’s reasonable to suppose that many of those most fanatically opposed to vote ID laws are primarily concerned that a useful cover for voter fraud will be eliminated.