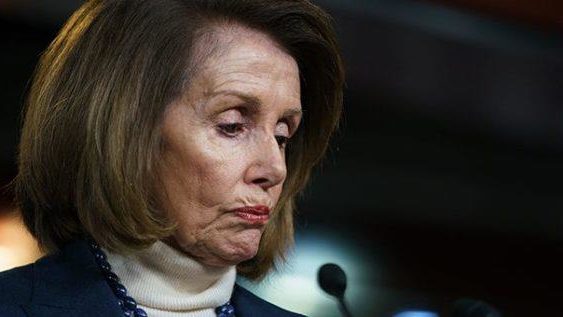 Already a proven mess of a process, The Speaker may have made things worse for her party with her poor timing.

After a ridiculous amount of time in stasis House Speaker Nancy Pelosi today has announced to her party that she intends to finally send the articles of impeachment to the Senate by next week. The gambit by her to sit on the voted-upon articles for weeks has yielded none of the expected returns she was hoping for, and now Democrats campaigning in Iowa may be paying a significant public relations price as a result.

Once received by the Senate it will be up to Leader Mitch McConnell when to proceed with the impeachment trial, then once he does it will mandate thee attendance of all Senators. This will include those currently on the campaign trail for the Presidency. Bernie Sanders, Elizabeth Warren, Cory Booker, and Amy Klobuchar. The vitally important Iowa Caucus is 25 days away, and now Nancy Pelosi may have hamstrung four campaigns in the important weeks leading up to that key vote.

As she announced her intention to withhold the articles Pelosi stated it was with two intentions; she attempted to insist on how Mitch McConnell was going to conduct things in the Senate, and she had an eye on developing further evidence against the President. Both of those efforts have been fruitless. McConnell has barely paid any heed at all to what Pelosi implored of him, and the second reason has been a doubly troubling return. Not only has nothing new been gleaned during her delay, but the fact that more evidence was desired only underscored how weak the conclusions reached in the House have been.

Now Nancy is bringing the articles to the Judiciary Committee for an approval vote so they can then be sent over to the Senate. This requisite move is just another that displays the farce that took place in the impeachment proceedings; the House Judiciary is a required participant in the process, yet Adam Schiff had barred involvement by Judiciary members in his closed-door meetings ahead of the impeachment. But this has been the norm of the entire impeachment storyline — the bulk of the narrative has been about the process, and not the findings.

Once that Judiciary vote is held — Tuesday the 14th is the expected date — then McConnell will be set to schedule the Senate trial. This becomes a windfall for the flagging Presidential campaigns of Joe Biden and Pete Buttigieg, both freed of the Senatorial requirement. Yet the timing by Pelosi is bad for the overall campaign season, not just those Senators who may have efforts in Iowa suspended.

The ramping up of the impeachment will be an event that dominates the news cycles. While that is purportedly considered a negative for President Trump it becomes another feature distracting away from the prattling candidates. Compound that coverage with the hyperactive bleating of the Middle East and the blatantly hoped-for attitude in the mainstream press for war, and it becomes yet another reason to take the focus away from the campaign trail. Impeachment will just become another distraction.

Well done Speaker Pelosi — you have taken more needed oxygen away from the voices clamoring for Presidential attention.