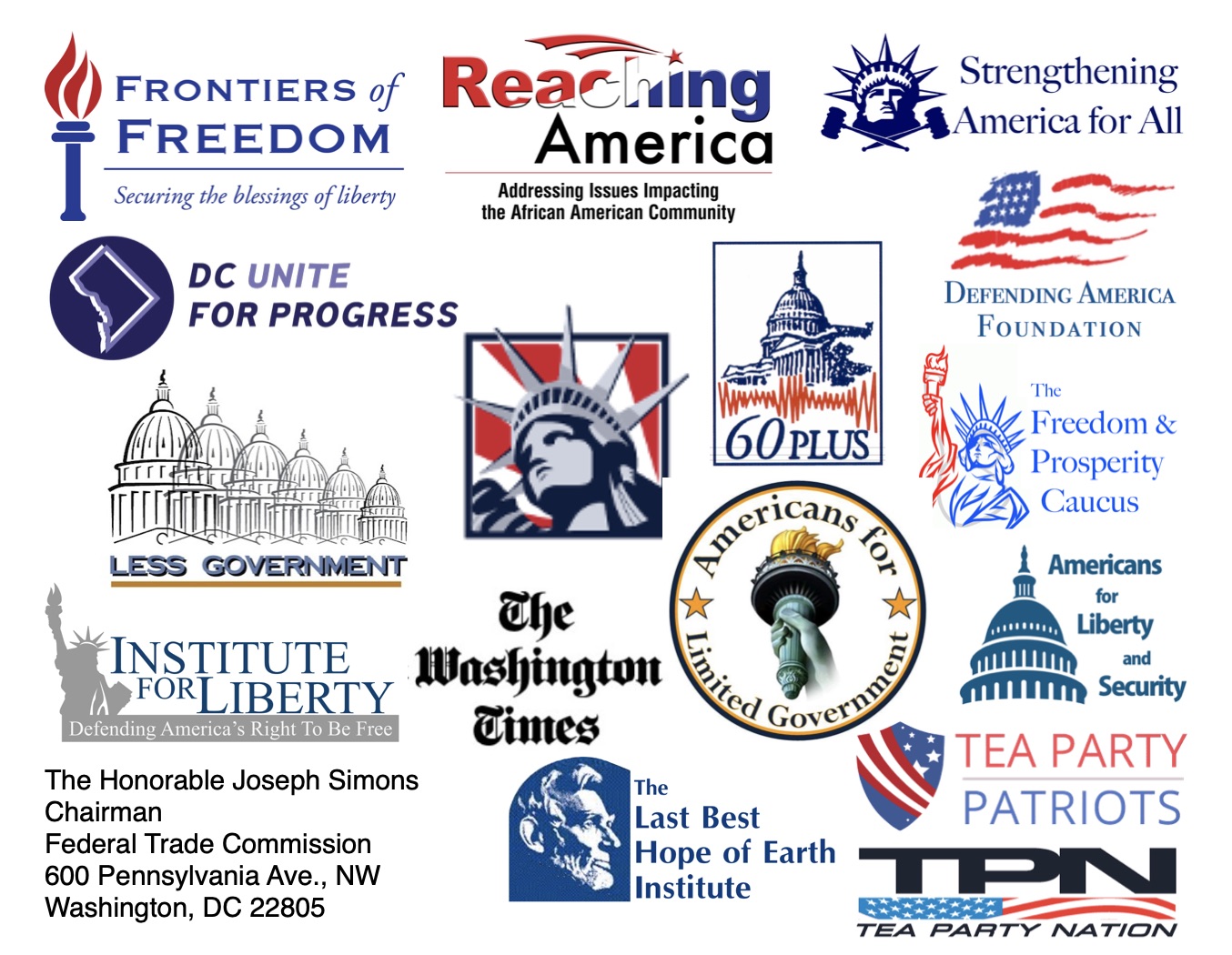 The Federal Trade Commission (“FTC” or “Commission”) should open an investigation into Ring—a subsidiary of Amazon—and its data-sharing practices with law enforcement officials. Ring’s conduct raises a number of concerns, including fears that (1) the emerging technology may result in discriminatory law enforcement activity, (2) sensitive consumer data may be jeopardized as a result of misuse by Amazon and (3) consumers may be subjected to heightened physical security risks. Given these concerns, which are outlined in greater detail below, and Amazon’s history of data mishandling, the FTC should more deeply examine the damaging effects of these practices.

While innovative, Ring’s home security doorbell and its use of consumer data are cause for significant concern as this conduct has the potential to result in considerable consumer harm. So-called “smart home” technology, still very much in its infancy, and its misuse have the potential to cause lasting damage to consumers if the necessary precautions are not taken.

Despite the potential benefits of “smart home” technology like the Ring “smart” doorbell, the data collected by Amazon opens consumers to exposure under the promise of additional security. As a result, not only is consumer data made more vulnerable, but their physical safety is put at unprecedented risk.

As the Commission is well aware, as more data is collected by Amazon, potential data breaches become more damaging. A data breach of consumers’ home security system by nefarious actors could have direct consequences on consumer physical safety. For example, should home security video footage fall into the wrong hands, consumers’ daily routines—including when they leave home and when they are alone and most vulnerable—would be easily discernible by criminals intending to cause harm.

According to reports, Ring has already misled consumers about its data handling practices. The Washington Post reports that Ring has partnered with over 400 police departments in the U.S., “granting them potential access to homeowners’ camera footage.”[1]  Amazon was able to secure hundreds of partnerships by capitalizing on artificially low prices funded through taxpayer resources.[2]  Making matters worse, Ring engages in these partnerships without first informing its users. This deceptive practice raises, at best, tremendous ethical concerns.

Amazon’s record on data security is already cause for concern. Recently, two prominent senators have asked the Commission to investigate Amazon’s role in the Capital One data breach, which affected nearly 100 million customers.[3]  Given Amazon’s potential involvement in this historic breach and its reckless handling of consumer data captured through Ring, it would be unwise to allow this activity to continue without at least some examination from the Commission.

In addition to the data security concerns, Ring’s video-sharing arrangement raises questions about the potential for profiling. In an open letter to lawmakers,[4] more than 30 civil rights action groups described the threat to civil liberties posed by Ring’s partnership with law enforcement. In the letter, the organizations explain the dangers of this arrangement:

“With no oversight and accountability, Amazon’s technology creates a seamless and easily automated experience for police to request and access footage without a warrant, and then store it indefinitely. In the absence of clear civil liberties and rights-protective policies to govern the technologies and the use of their data, once collected, stored footage can be used by law enforcement to conduct facial recognition searches, target protesters exercising their First Amendment rights, teenagers for minor drug possession, or shared with other agencies […].”

These sentiments were echoed by another prominent senator in a letter to Amazon CEO Jeff Bezos.[5] In the letter, the lawmaker outlined the privacy and civil liberty concerns noted above. Amazon has not yet responded to this letter—a clear indication that, unless pressured by government officials, the company will only act in accordance with its own interests, rather than address the genuine threats expressed here. Because of this, it would be wise for the FTC to act before the situation spirals out of control.

Inaction in light of these facts would subject consumers to risks that are all too dangerous. As the top “cop on the beat,” the FTC has a public responsibility to protect consumers from unfair and deceptive business practices. Given the data security and civil liberty concerns, it would be wise for the FTC to undertake a review of the partnership between Amazon and Ring and law enforcement authorities.

This issue—that of data security and physical safety—is bipartisan in nature. In fact, it transcends politics entirely.

Thank you for your attention to this matter.