The fall of the Berlin Wall was indeed a watershed in the collapse of the Soviet Empire, yet one could argue the true death knell came two months before at a small grocery store in Clear Lake, Texas.

By Jon Miltimore • The Federalist 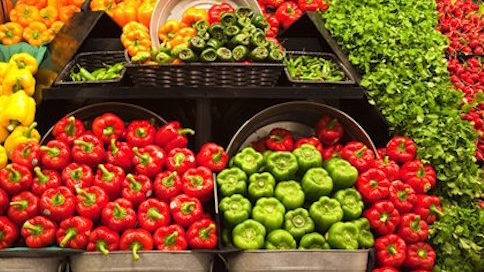 The fall of the Soviet Union is sometimes remembered as Nov. 9, 1989, the day the Berlin Wall symbolically collapsed. While the physical barrier endured for some two more years, on that day, East German Communist Party officials announced they would no longer stop citizens of the German Democratic Republic from crossing the border.

The fall of the barrier that scarred Germany was indeed a watershed in the collapse of the Soviet Empire, yet one could argue the true death knell came two months before at a small grocery store in Clear Lake, Texas.

On Sept. 16, 1989, Boris Yeltsin was a newly elected member of the Soviet Parliament visiting the United States. Following a scheduled visit to Johnson Space Center, Yeltsin and a small entourage made an unscheduled stop at a Randalls grocery store in Clear Lake, a suburb of Houston. He was amazed by the aisles of food and stocked shelves, a sharp contrast to the breadlines and empty columns he was accustomed to in Russia.

Yeltsin, who had a reputation as a reformer and populist, “roamed the aisles of Randall’s nodding his head in amazement,” wrote Stefanie Asin, a Houston Chronicle reporter. He marveled at free cheese samples, fresh fish and produce, and freezers packed full of pudding pops. Along the way, Yeltsin chatted up customers and store workers: “How much does this cost? Do you need special education to manage a supermarket? Are all American stores like this?”

Yeltsin was a member of the Politburo and Russia’s upper political crust, yet he’d never seen anything like the offerings of this little American grocery store. “Even the Politburo doesn’t have this choice. Not even Mr. Gorbachev,” Yeltsin said.

It’s difficult for Americans to grasp Yeltsin’s astonishment. Our market economy has evolved from grocery stores to companies such as Walmart and Amazon that compete to deliver food right to our homes.

Yeltsin’s reaction can be understood, however, by looking back on the conditions in the Soviet Union’s economy. Russia grocery stores at the time looked like this and this:

Now compare that footage to the images of Yeltsin shopping at a U.S. supermarket. The contrast is undeniable. Yeltsin’s experience that day ran contrary to everything he knew. A longtime member of the Communist Party who had lived his entire life in a one-party system that punisheddissent harshly, Yeltsin had been taught over and over that socialism wasn’t just more equitable, but more efficient.

His eyes were opened that day, and the revelation left the future Russian president feeling sick.

“When I saw those shelves crammed with hundreds, thousands of cans, cartons and goods of every possible sort, for the first time I felt quite frankly sick with despair for the Soviet people,” Yeltsin later wrote in his autobiography, “Against the Grain.” “That such a potentially super-rich country as ours has been brought to a state of such poverty! It is terrible to think of it.”

Yeltsin was not the only person fooled, of course. There is copious documentation of Western intellectuals beguiled by the Soviet system. These individuals, who unlike Yeltsin did not live in a state-controlled media environment, saw the Soviet system as both economically and morally superior to American capitalism despite the brutal methods employed in the workers’ paradise.

“I have seen the future, and it works,” the Progressive Era journalist Lincoln Steffens famously said.

Paul Samuelson, the first American to win the Nobel Prize in economics and one of the most influential economists of the 20th century, was a longtime enthusiast of Soviet central planning and predicted it would lead to a higher standard of living. “Who could know that [the data] was all fake?” Samuelson is said to have asked a fellow economist following the empire’s collapse.

The Truth About Socialism Revealed

Despite decades of propaganda and obfuscation, the great fiction of socialism was eventually fully exposed with the fall of the Soviet Union and the publication of its archives in the 1990s. No longer could academics deny the truth that the people of the Soviet Union endured a painfully low standard of living despite the vast wealth of its empire.

“Their standard of living was low, not only by comparison with that in the United States, but also compared to the standard of living in countries with far fewer natural resources, such as Japan and Switzerland,” the economist Thomas Sowell observed in “Basic Economics.”

Yeltsin deserves credit for laying bare the lie of socialism that so many others had refused to see. “[T]here would be a revolution,” Yeltsin told his entourage that fateful September day in 1989, if the people in the Soviet Union ever saw the prosperity in American grocery stores. Yeltsin was more right than he knew.