By ANALYSIS/OPINION: • The Washington Times 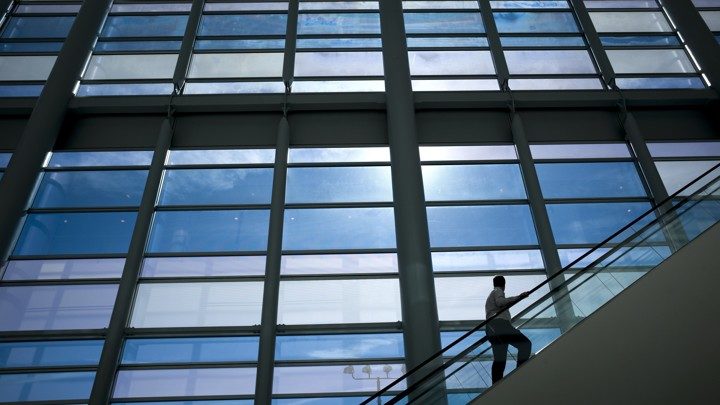 How good is the U.S. economy? So good that even CNN, the monomanically anti-Trump television network, was forced to admit it last week.

“As 2019 comes to a close, the US economy earns its highest ratings in almost two decades,” CNN reported, dourly relaying findings of a poll it commissioned. “Overall, 76% rate economic conditions in the US today as very or somewhat good, significantly more than those who said so at this time last year (67%). This is the highest share to say the economy is good since February 2001, when 80% said so. Almost all Republicans (97%) say economic conditions are good right now, as do 75% of independents and 62% of Democrats. Positive ratings are up across parties compared with August of this year, when 91% of Republicans, 62% of independents and 47% of Democrats said the economy was in good shape.”

It’s no surprise that Americans are pleased with their economic situation this holiday season. Consider the data: The unemployment rate is 3.5 percent, indicating essentially full employment. Anyone who wants a job can get one, in other words. Wage growth, long stagnant, is ticking up, likely because of full employment — and, perhaps because illegal immigration has been somewhat curtailed. Total gross domestic product is chugging along, growing at more than 2 percent annually. The stock market is stratospheric, buoying not only individual investors but also anybody who has a retirement account. What’s all the more striking is that earlier this year there was plenty of loose talk about a looming recession. Sure, that could still happen (and eventually it will), but it doesn’t seem to be on the immediate horizon.

The strength of the economy can be chalked up to Republican tax cuts (which unfortunately also contributed to yawning federal deficits), deregulation and the unrelenting optimism of the American consumer. Some 70 percent of U.S. GDP is attributable to consumer spending, so the economy rises and falls with it. That Americans are spending on everything from houses to cars to dinners out contributes to economic growth and healthy jobs figures — which in turn likely contribute to more consumer spending. This is a classic virtuous cycle.

“As perceptions of the economy have brightened, the poll also shows matchups between the top Democrats vying for the 2020 nomination and Trump tightening. In October, four Democrats tested in hypothetical head-to-head contests with Trump among registered voters led by anywhere from 6 to 10 percentage points, all advantages outside that poll’s margin of sampling error,” CNN continued. “Now, just two of those candidates hold edges at or above the error margin: former Vice President Joe Biden leads Trump nationally 49% to 44%, and Vermont Sen. Bernie Sanders tops Trump 49% to 45%. Massachusetts Sen. Elizabeth Warren and South Bend, Indiana, Mayor Pete Buttigieg each run about even with the President.”

Mr. Trump will face significant headwinds in next year’s election to be sure: a fired up opposition, various global crises and an intemperate personality that many Americans, understandably, find distasteful. But he will no doubt delight in asking Americans: “Are you better off than you were four years ago?” For large majorities, the answer will be yes.