He has praised totalitarian regimes and thinks billionaires shouldn’t exist. What’s not to love? 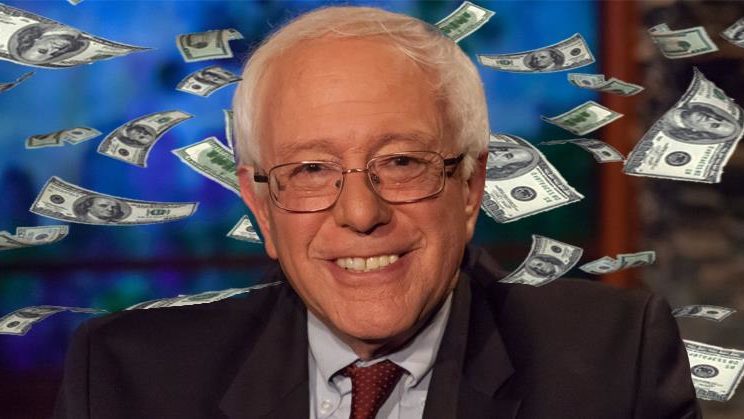 You won’t hear young Democrats deride Bernie Sanders with the “Okay, Boomer” dig. At 78, he’s actually too old for the cohort, but that’s not why he won’t get dinged. He’s the most popular Democrat among the under-35 crowd, and judging by recent polling, he’s the second most popular Democrat overall. Sanders has raised nearly twice as money as the front-runner, Joe Biden, and seems to have scooped up support from a declining Elizabeth Warren in the past 60 days. Despite a heart attack that sidelined him for a week, he marches on, now buoyed by a poll showing that in a head-to-head match-up against Donald Trump, he would do better than Biden — though within the margin of error.

Sanders’s appeal, the experts explain, is founded on “authenticity.” Is he humorless, repetitive, cloying, and rigid? Sure. But these are signs that he really believes something! He’s not a packaged, blow-dried (no argument there), insincere pol cooked up in a political laboratory. He’s the real deal.

Let’s concede that Sanders is sincere, and that he is, with some small hypocrisies (did you know he was a millionaire?), honest. But what people actually believe is kind of important, and Bernie Sanders professes and sells a series of prejudices that do him no credit.

Sanders claims to be a democratic socialist in the European mold; an admirer of Sweden and Denmark. Yet his career is pockmarked with praise for regimes considerably to the left of those Scandinavian models. He has praised Cuba for “making enormous progress in improving the lives of poor and working people.” In his memoir, he bragged about attending a 1985 parade celebrating the Sandinistas’ seizure of power six years before. “Believe it or not,” he wrote, “I was the highest ranking American official there.” At the time, the Sandinista regime had already allied with Cuba and begun a large military buildup courtesy of the Soviet Union. The Sandinistas, Mr. Sanders had every reason to know, had censored independent news outlets, nationalized half of the nation’s industry, forcibly displaced the Misquito Indians, and formed “neighborhood watch” committees on the Cuban model. Sandinista forces, like those in East Germany and other communist countries, regularly opened fire on those attempting to flee the country. None of that appears to have dampened Sanders’s enthusiasm. The then-mayor of Burlington, Vt., gushed that under his leadership, “Vermont could set an example to the rest of the nation similar to the type of example Nicaragua is setting for the rest of Latin America.”

Sanders was impatient with those who found fault with the Nicaraguan regime:

Sanders now calls for a revolution in this country, and we’re all expected to nod knowingly.  Of course he means a peaceful, democratic revolution. It would be outrageous to suggest anything else. Well, it would not be possible for Bernie Sanders to usher in a revolution in the U.S., but his sympathy for the real thing is notable. As Michael Moynihan reported, in the case of the Sandinistas, he was willing to justify press censorship and even bread lines. The regime’s crackdown on the largest independent newspaper, La Prensa, “makes sense to me” Sanders explained, because the country was besieged by counterrevolutionary forces funded by the United States. As for bread lines, which soon appeared in Nicaragua as they would decades later in Venezuela, Sanders scoffed: “It’s funny, sometimes American journalists talk about how bad a country is, that people are lining up for food. That is a good thing! In other countries people don’t line up for food. The rich get the food and the poor starve to death.”

Bernie Sanders stopped learning about economics and politics about the age of 17. He still believes that corporate “greed” is responsible for human poverty and that the world is a zero-sum pie. The more billionaires there are, the less there is for everyone else. “I don’t think billionaires should exist,” he told the New York Times. So in the Bernie ideal world, we non-billionaires would be deprived of Amazon.com, personal computers, smartphones, fracking (which reduces greenhouse gases), Uber, Walmart, Star Wars movies, and very possibly our jobs. Millions of children would be deprived of school scholarships, while the arts, medical research, and poverty programs would be that much poorer. Billionaires are not heroes, but by making them boogeymen, Sanders betrays his economic infantilism along with a large dose of demagoguery.