Freedom Centers Constitutional and Political Freedom Hard questions about Benghazi are coming from all ...

Hard questions about Benghazi are coming from all over 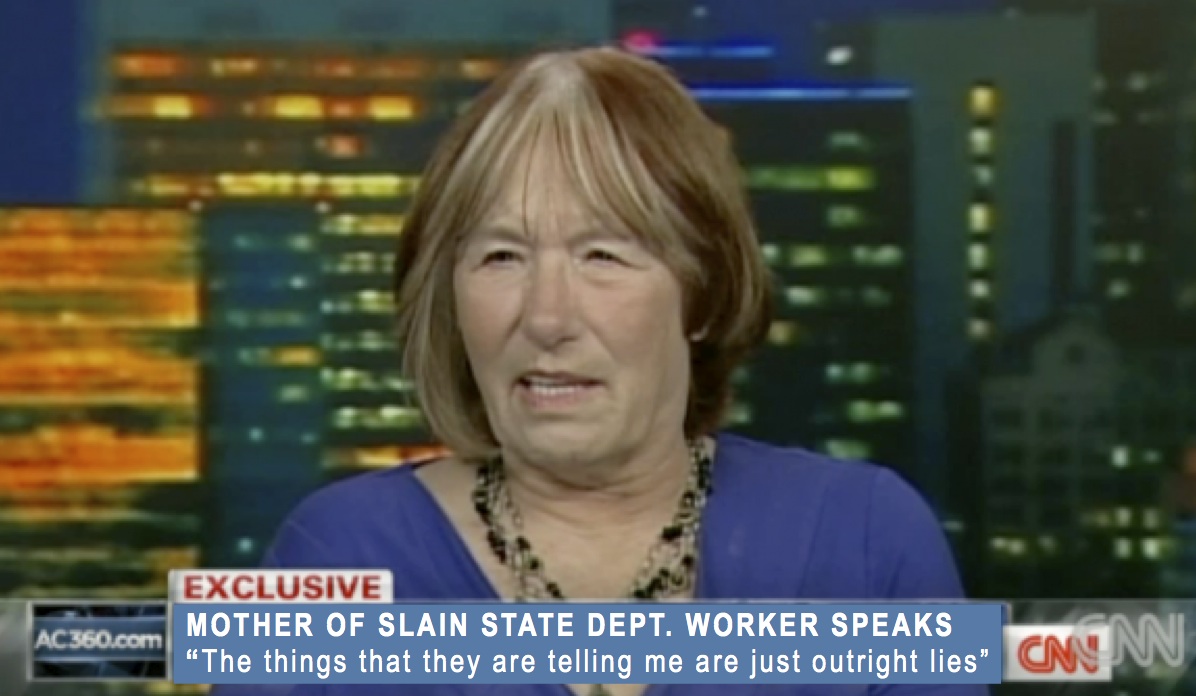 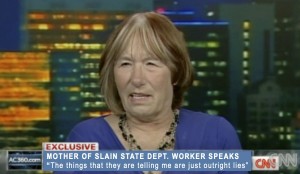 Nothing moves the news-cycle needle like an unraveling narrative, which certainly appears to be the case with the Obama administration’s dramatically shifting versions of events of the who, what, why and when in Benghazi, Libya.

And it’s possible that all the “right-wing shock and horror” really is naked politics, all designed to “chip away” at Barack Obama’s “formidable lead over Mitt Romney on the foreign affairs front.”

A cynical view, but it could be true.

Except this doesn’t explain the inexplicable rousing of the relentlessly unbiased and centrist U.S. legacy media after days and days of relative silence. Unlike those too-partisan-to-be-trusted right-wingers, people we might actually like and respect are starting to ask hard questions of the Obama administration’s muddled handling of Benghazi

The Washington Post, no conservative house organ, kicked it into gear over the weekend with an excellent examination of the lax security around Ambassador Christopher Stevens:

A U.S. military team assigned to establish security at the new embassy in Tripoli, in a previously undisclosed detail, was never instructed to fortify the temporary hub in the east. Instead, a small local guard force was hired by a British private security firm as part of a contract worth less than half of what it costs to deploy a single U.S. service member in a war zone for a year.

The two U.S. compounds where Stevens and three other Americans were killed in a sustained, brutal attack the night of Sept. 11, proved to be strikingly vulnerable targets in an era of barricaded embassies and multibillion-dollar security contracts for U.S. diplomatic facilities in conflict zones, according to interviews with U.S. and Libyan officials and eyewitnesses in recent days.

The Post, still not conservative, kept the pressure on Monday with news that the Obama administration had pulled all official government personnel out of Benghazi, throwing into serious doubt any hopes for an FBI investigation into the four American deaths. The FBI still has not been able to set up and start asking questions in Benghazi. It’s probably safe to assume there’s not much crime scene worth sifting. And witnesses? Who knows.

Monday night, the far-from-right-wing CNN — which has done some of the best journalism on Benghazi — had another report that asked why the White House chose to leave out key details from its talking points. Ironically, the omissions would lead one to believe the early official version that an anti-Islam video, not terrorism, was to blame.

Even the USA Today editorial board — again, not even right of center, much less conservative — grew alarmed enough at the administration’s shifting tales to write an editorial:

Spontaneous? Hardly. The administration acknowledges that Ambassador Chris Stevens died in an organized terrorist attack, likely mounted by an Islamic extremist group and an al-Qaeda affiliate.

Without warning? Not exactly. Violence against Westerners had been escalating for months in the eastern Libyan city of Benghazi. In June, an improvised explosive device damaged a perimeter wall at the Benghazi compound. On Aug. 27, the State Department issued a travel warning, citing the threat of assassinations and bombings in both Benghazi and Tripoli. According to a journal found and described by CNN, Stevens himself was worried about safety. […]

This, then, was not one of those failures that is only visible in retrospect. It was a predictable vulnerability that the State Department failed to protect against. And for the sake of Americans in other foreign outposts, that calls for much closer scrutiny than the administration has been willing to allow.

Now, it’s true that conservative media, those “right-wing” zealots, have been pounding away longer and louder than anyone else on what the administration knew and why didn’t it do anything about it. Conservatives, by and large, did not accept the Obama officials’ transparently goofy blame-the-video meme — not when the White House spokesman insisted, not when the U.N. ambassador did us the disservice of reiterating it, not when so many in the media accepted it uncritically and repeated it as fact.

New today is the House Committee on Oversight and Reform writing to Secretary of State Hillary Clinton to ask why requests for more protection to the U.S. mission in Libya — before Sept. 11 — were denied by officials safe at home in Washington:

Based on information provided to the Committee by individuals with direct knowledge of events in Libya, the attack that claimed the ambassador’s life was the latest in a long line of attacks on Western diplomats and officials in Libya in the months leading up to September 11, 2012. It was clearly never, as Administration officials once insisted, the result of a popular protest,” the committee’s chairman, Rep. Darrell Issa, R-Calif., and subcommittee chairman, Rep. Jason Chaffetz, R-Utah, write. “In addition, multiple U.S. federal government officials have confirmed to the Committee that, prior to the September 11 attack, the U.S. mission in Libya made repeated requests for increased security in Benghazi. The mission in Libya, however, was denied these resources by officials in Washington.

The chairmen’s letter goes on to detail 13 security threats in the six months before the fatal attack and indicated they plan to hold a hearing Oct. 10 to get these answers.

Now, it’s true that Issa and Chaffetz are Republicans and conservatives, so dismiss them as “right-wingers” if you must. But I would think they only want the same answers as four families who lost loved ones in Benghazi and the families of anyone else serving overseas in dangerous places.

Mike Hashimoto is an editorial writer for the Dallas Morning News.