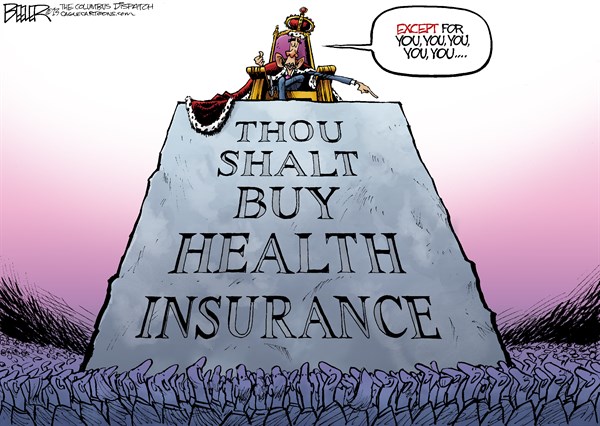 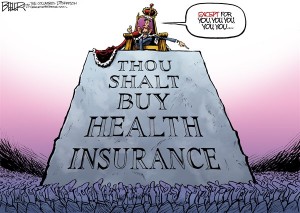 ObamaCare repeal is out until 2017, but here’s an agenda to unite the GOP and offer Americans relief.

Contradictory rulings this week by the D.C. and Fourth Circuit Courts of Appeals mean that ObamaCare will probably return to the Supreme Court. The crucial issue is whether the government can subsidize premiums for health insurance bought on federal exchanges, though the Affordable Care Act’s plain language authorizes subsidies only for policies purchased on “an Exchange established by the State.”

If the Supreme Court decides that ObamaCare must be implemented as written, Democrats will have to bring the legislation back to Congress. This gives Republicans an opportunity to develop a new strategy to rid the country of ObamaCare.

President Obama and virtually every congressional Democrat believed that once the Affordable Care Act passed it would become popular, thanks to the law’s massive subsidies. Many Republicans believed this as well. It hasn’t worked out that way. Four years later 59% of Americans still oppose ObamaCare, according to the most recent CNN poll. It has become clearer over time that the president’s health law has made many problems in health care worse. Judged by the deeply flawed roll out and the necessity for endless illegal waivers, merely implementing the law as written seems to be far beyond the capacity of the U.S. government.

“Repeal and replace” has been a long-standing Republican position, but there is no way to repeal ObamaCare as long as Mr. Obama is in office. This leaves Americans to suffer from the mess he created at least through noon, Jan. 20, 2017. So what should Republicans do now?

Letting people suffer might appeal as good politics to some cynics, but Americans surely expect Republicans to protect them from the worst abuses of the law they resolutely opposed. Offering a comprehensive substitute for ObamaCare may seem reasonable. But since it can’t become law for at least three years, during which the American health-care system will suffer the distortions of ObamaCare, any plan written now would be of little relevance by the time it could be adopted.

Instead, there is one unifying principle that Republicans can and should rally around now: the right of American families to choose their own health-care coverage. In other words, the right to refuse to participate in ObamaCare. The freedom principle will provide relief from the worst manifestations of the Affordable Care Act—and debating the issue will unite Republicans and divide Democrats. As the midterm election approaches, Democrats will find it harder to oppose such an effort.

This freedom is anathema to the president and his party because coercion is at the very heart of ObamaCare. Harry Reid might be able to shield Senate Democrats from having to vote against freedom to choose for now. But a Republican Senate majority after the November elections could put this proposal front and center before President Obama and the nation.

Americans should have the right to buy insurance that meets their own needs. Part of the problem with the insurance plans that were available even before ObamaCare was that state government let special interests and a paternalistic instinct force individuals and families to buy health coverage they didn’t need, didn’t want and couldn’t afford. The Council for Affordable Health Insurance recently found that the number of state-coverage mandates grew to 2,271 from 850 over 20 years. These mandates, ranging from massage therapy to drug rehabilitation, have increased the cost of basic health insurance by as much as 50%, depending on the state.

A freedom option would let families buy and insurance companies sell coverage families believe meets their needs. This option would significantly reduce the cost of basic health insurance and thus increase the number of Americans who buy it without the law forcing them to. And it would allow a cost-effective private health-insurance system to develop independent of ObamaCare.

The president and congressional Democrats will strenuously object. They will claim this would drain the risk pool that ObamaCare needs to hold down costs.

But ObamaCare’s risk pool is not about sharing risk, it’s about redistributing income. Even with its new taxes on dividends and capital gains and the pillaging of Medicare, ObamaCare will collapse under its own weight without the ability to exploit the young and relatively healthy to subsidize the rest of the system. The freedom option will expose this grim truth.

By the time Republicans can debate a comprehensive replacement for ObamaCare, the public will know what it really costs and exactly how it doesn’t work. Having rediscovered the price of freedom lost, Americans will be ready for an alternative that preserves freedom and helps people who need help in a transparent, efficient and affordable way.

The opportunity to restore freedom of choice may arise well before January 2017. If the Supreme Court decides to let Congress clarify its own intent on federal exchange subsidies, Republicans should demand that all American families be guaranteed the freedom to opt out as a precondition to bringing up any legislation to “fix” ObamaCare.

Republicans should not underestimate the power of freedom in the health-care debate. In 1994, when 74 senators had either co-sponsored President Clinton’s health bill—or a very close alternative—Sens. John McCain, Paul Coverdell and I set out to try to defeat HillaryCare. The media in Washington largely ignored our opposition, but we conducted over 40 public forums around the country in hospitals and other medical settings. We talked about efficiency and people looked at their watches. We talked about costs and they yawned.

But in Atlanta, when my mother attended the meeting and I started to talk about her freedom to make her own health-care choices, people started to respond and HillaryCare started to die. In the end the debate was not about money or efficiency. It was about freedom. This same principle offers our only real hope of stopping the suffering under ObamaCare now and repealing it in 2017.

Mr. Gramm, a former Republican senator from Texas, is senior partner of US Policy Metrics and a visiting scholar at the American Enterprise Institute. This article was published in the Wall Street Journal.