Freedom Centers Economic Freedom The Expendables 3 Leak and the Financial Impact of ... 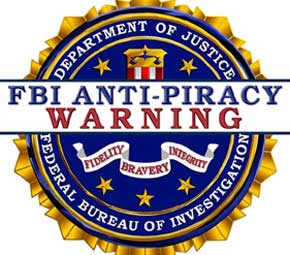 This past week a DVD-quality copy of the movie The Expendables 3 leaked online three weeks before its planned U.S. theatrical release. According to Variety, the film was downloaded 189,000 times within 24 hours. As researchers, an immediate question comes to mind: how much of a financial impact could movie-makers face from such pre-release piracy?

The effect of piracy on the sales of movies and other copyrighted works has long been scrutinized, with the vast majority of peer-reviewed academic papers concluding that piracy negatively impacts sales. Indeed, in a recent National Bureau of Economic Research book chapter, my co-authors and I reviewed the academic literature, and showed that 16 of the 19 papers published in peer-reviewed academic journals find that piracy harms media sales.

But less well understood is the impact of pre-release movie piracy, which could be particularly harmful to box office revenue because it appears at a time when there are no legal channels for anxious fans to consume the movie. Because of this, seeing a movie appear online before it appears in theaters sends chills down the spines of studio executives given the investment in human and financial capital necessary to produce the typical studio film.

In our study we applied standard statistical models for predicting box office revenue, but added a variable for whether a movie leaked onto pirated networks prior to its release using data obtained from the site VCDQ.com. Our analysis concluded that, on average, pre-release movie piracy results in a 19% reduction in box office revenue relative to what would have occurred if piracy were only available after the movie’s release. As we discuss in the paper, this result is robust to a variety of different empirical approaches and sensitivity tests.

The growing consensus in the academic literature regarding financial harm from digital piracy provides an important backdrop to active policy debates about the best options for addressing this threat. We have seen governments and industry adopt various anti-piracy measures in recent years, from government sponsored graduated response laws, site blocking and site shutdowns; to market-based responses by rights holders and industry-level partnerships such as the Copyright Alert System in the United States.

At next month’s TPI Aspen Forum I am pleased to be chairing a panel of industry, legal, and policy experts to discuss the effectiveness and appropriateness of these initiatives to better serve the interests of the creative sector, the technology industries, and society as a whole. However, what seems to require no discussion is that digital piracy of this type can dramatically reduce sales.

Michael D. Smith is an Adjunct Senior Fellow at the Technology Policy Institute.