Holding the liberal media accountable during the COVID-19 pandemic

Another nail in the coffin of public confidence in the press 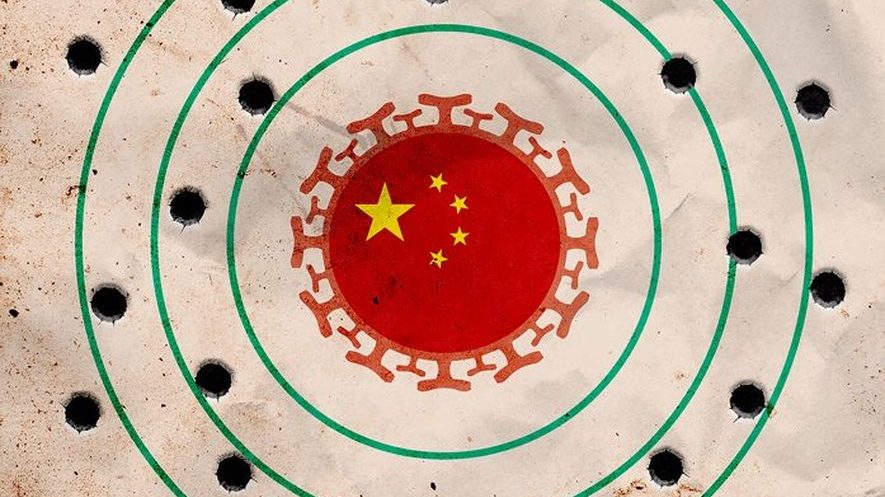 America’s experience with the COVID-19 pandemic is little surprise given the major media coverage. It’s another nail in the coffin of the public’s confidence the mainstream press is an information conduit and neutral arbiter of disputes between the powerful and influential rather than a mouthpiece for a political agenda.

The press has taken sides and the people don’t like it. The March 2020 Gallup poll shows its approval rating lags President Donald J. Trump and Congress and, at 44 percent approve, 55 percent disapprove, is the only institution tested with numbers underwater.

At the beginning of the current crisis, it was easy to dismiss the Chinese virus, as most media institutions called it then, as a noteworthy, probably insignificant outbreak. As recently as February, for example, New York City’s top public health official was still promoting the city’s celebration of the Chinese New Year rather than calling for self-imposed isolation.

Now, New York City has been hit harder by the COVID-19 virus than perhaps any other place in the country. That’s not surprising; it is the nation’s largest city. But it’s hard to argue based on the information available at the time that anyone promoting Chinese New Year celebrations is responsible for what’s happening now.

These are unprecedented times. We haven’t seen anything like this since the 2009 Swine Flu outbreak or the 1918 Spanish Flu. We face a threat about which we learn more each day and we remain unified, supportive of one another, and help ensure everyone is educated with the most accurate information we have at the time we have it to get through it.

Or that we must rely on a media establishment that has had trouble separating its dislike for the president from the need to get the facts to the American people. Anyone who stands with President Trump, even momentarily, is subject to criticisms that, when magnified through social media, blunt even the important and helpful things they have to say.

Fox News, the nation’s most successful cable news channel, has been and is still being attacked over its early coverage of COVID-19. This ignores how the network, like The New York Times and everyone else, shifted their tone as the seriousness of the story became more apparent. Now, instead of being praised for its coverage which, if it came from almost any other source would be hailed as good journalism, it is still under assault.

It matters, and not just for political reasons. Fox’s demographic is comprised of people considered high-risk if exposed to the virus. Recognizing this, the network has hired new health professionals and physicians as news contributors. It increased the airtime devoted to discussions of what people must do to protect themselves from COVID-19 exposure. It launched Q&A segments, roundtable discussions with physicians, townhalls, a daily blog written by medical experts where viewer questions are answered and the CoronavirusNOW.com — a free-to-use website featuring the latest news about the virus.

Moreover, and most unusual in the news business, the dayside anchors and infotainers who dominate prime time have conspicuously corrected their earlier statements downplaying the threat. Sean Hannity, who the so-called responsible media has thrashed for spreading inaccurate information, told his viewers on Feb. 27, “Make no mistake. Coronavirus, it is dangerous. Those infected are contagious before they show symptoms during incubation period. They don’t know they have the disease. The rapid spread of the virus across continents, it is, of course, concerning.”

The so-called responsible media, meanwhile, has been having a field day for which they have yet to account. On Feb. 26, New York Times columnist Gail Collins wrote a piece poking fun at the president’s handling of events titled “Let’s Call It Trumpvirus.” On March 4, when CNN’s Anderson Cooper should have known better he was still telling viewers “if you’re freaked out about the Coronavirus you should be more concerned about the flu.”

And the “great, gray lady of American journalism?” Beside continually fanning the public’s fear it changed a headline on The New York Times website not once but three times to turn House Speaker Nancy Pelosi’s successful bid to wreck the passage of aid to beleaguered American businesses and workers sidelined by coronavirus from a negative for the Democrats into a positive.

COVID-19 is scary. It’s an unnerving time but that doesn’t justify irresponsible attacks on anyone. The learning curve has produced plenty of human error, but the time to evaluate them is largely on the other side of the pandemic. Lots of mistakes have been made. We’re taking this day by day and must remember to be unified in the fight against the virus and not fight each other.