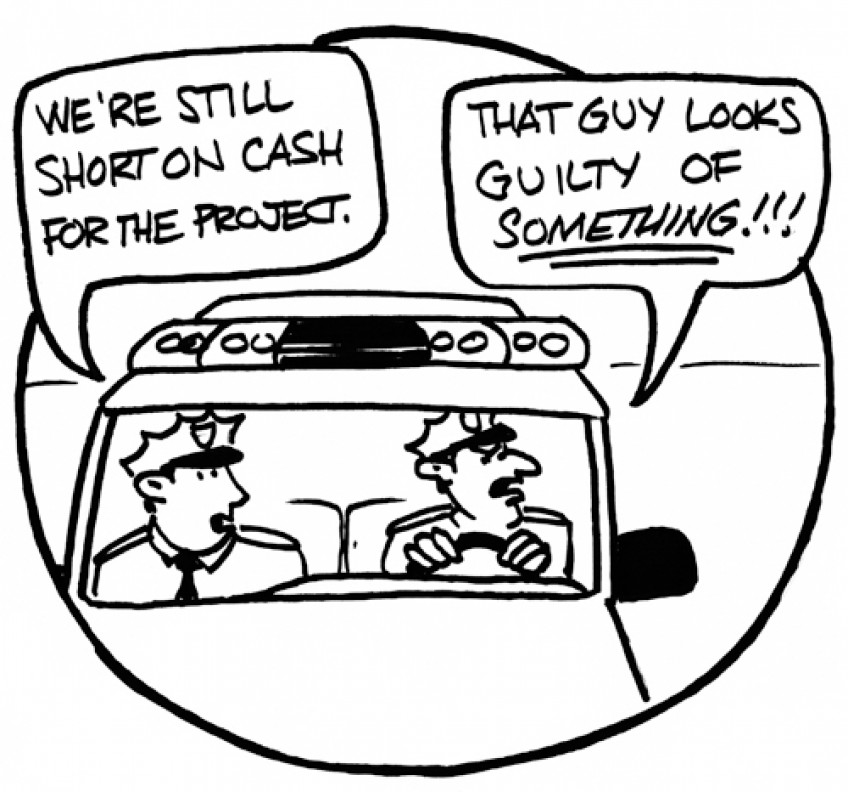 By Julian Adorney • The Federalist

Income mobility in the United States has stagnated, a fact that hurts the poor most of all. If President Trump wishes to keep his promises to help low-income Americans escape poverty, he should instruct his administration to jettison, rather than expand, non-criminal asset forfeiture.

Non-criminal asset forfeiture lets government agents seize Americans’ assets (cash, but also cars and even houses) on the mere suspicion that they were involved in a crime. Asset forfeiture is intended to deprive criminals of their ill-gotten gains, but frequently enables police to take the property of Americans who remain innocent in the eyes of the law.

According to a Department of Justice report, they’ve seized $29 billion from 2007-2016 on the federal level. Twenty-three percent of this has been administrative asset forfeiture, meaning that the seizure was less than $500,000 and the victims were never convicted of—or often even charged with—a crime.

This Injustice Hurts the Poor Most

Asset forfeiture primarily targets the poor. Most forfeitures are for small amounts: in 2012, the Institute for Justice, a libertarian law firm that has focused heavily on asset forfeiture, analyzed forfeiture in 10 states and found that the median value of assets seized ranged from $451 (Minnesota) to $2,048 (Utah). Given that law enforcement routinely take everything they find in a forfeiture case, these small values suggest the relative poverty of the victims.

The procedural hurdles for challenging asset forfeiture also mean that poor people are less able to get their money back. The average forfeiture challenge requires four weekdays in court; missing four days of work can be a prohibitive expense for Americans living paycheck to paycheck. Additionally, claims are challenged in civil court, where the right to counsel doesn’t apply, meaning that claimants need to hire their own lawyer.

Asset forfeiture is especially dangerous for the unbanked, because police and federal agents consider high amounts of cash to be suspect. In 2013, half of all households with incomes of less than $15,000 were either unbanked or underbanked. In a report on non-criminal asset forfeiture, the Center for American Progress argues that “low-income individuals and communities of color are hit hardest” by forfeiture.

Asset forfeiture functions as a regressive tax, which reduces low-income Americans’ economic mobility. A family that sees their savings wiped out has to start again from the bottom. A person whose cash rent payment is seized may turn to payday loans or the black market, or simply be evicted—none of which are conducive to upward mobility.

Regressive taxation can also reduce high school graduation, as teens are forced to leave school to help make ends meet. In their book “Taxing the Poor,” Newman and O’Brien argue, “For every $100 increase on taxes at the poverty line, we saw…a quarter of a percentage point decrease in high school completion.” Taking money from poor families erodes teens’ futures and reduces intergenerational mobility.

Civil and administrative asset forfeiture also seizes cars, which can rob the poor of their ability to work. According to the Institute for Justice, Texas and Virginia seized 17,000 cars from 2000 to 2017–or about 1,000 per year. The average value of the car was $6,000, again suggesting that this tactic targets the poor.

When families lose their vehicles, their earning potential suffers. In a study on transportation access and economic opportunity, the Urban Institute, a leading liberal think tank, found that “keeping or gaining access to automobiles is positively associated with the likelihood of employment.” Without a car, many people cannot show up to work on time, so they often lose their jobs. Workers without cars also have a smaller geographic range in which they can find a new job.

Legal business owners who only accept cash are more likely to be victims of non-criminal asset forfeiture. They are more suspicious to police because of the large amounts of money that they carry. An asset seizure will also probably cost them more than it would a customer; one asset seizure could rob a business owner of a week’s worth of revenue. When every dollar of revenue matters for escaping poverty, asset forfeiture can trap the poor.

Trump promised to drain the swamp and reduce funding for federal agencies in order to help working-class Americans. Civil asset forfeiture enriches agencies like the Internal Revenue Service (which can wipe out citizens’ bank accounts) and the Drug Enforcement Agency (which took in $3.2 billion in civil forfeiture assets since 2007) at the expense of low-income Americans. Rather than expand the practice, Trump’s Department of Justice should end an institution that punishes the poor and erodes due process.