The Latest ‘Hate’ Smear Target Is a Civil-Rights Group 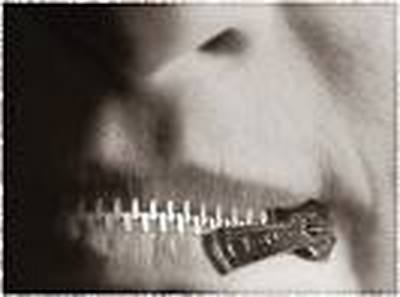 The headlines were both inflammatory and untrue: “Attorney General Jeff Sessions Criticized for Speaking to ‘Hate Group,’ ” reported NBC. Reports from ABC and other major news outlets used similar language. Readers might be surprised to learn that the group in question is the Alliance Defending Freedom, a respected civil-rights law firm.

So where did this scurrilous charge originate? With the Southern Poverty Law Center, which labels the ADF a “hate group.” The designation had nothing to do with the law firm’s policies or behavior. It’s just that the SPLC objects to its traditional views on the Constitution, the First Amendment and the meaning of marriage. No responsible media outlet should parrot the SPLC’s hate list without seeking to understand not only its motives but also the consequences of spreading false charges.

I have personally known the ADF’s founder, Alan Sears, and its president, Mike Farris, for decades. Each has committed his life to fighting for justice, the rule of law, and a better future for all Americans. When I was attorney general in the 1980s, Alan worked for the Commission on Pornography, fighting for stronger laws against obscenity while protecting the First Amendment. Mike is a pastor, the founder of Patrick Henry College, and an extraordinary litigator. Together they have led the ADF to numerous victories at the Supreme Court, including this year’s 7-2 win in Trinity Lutheran v. Comer, a landmark case on church-state relations.

I also know Mr. Sessions as a colleague and friend. His distinguished service to the nation over three decades, now as part of the Trump administration, has been rewarded with vicious attacks by the media and political opponents.

Here’s what Mr. Sessions told the ADF audience last week: “While your clients vary from pastors to nuns to geologists, all of us benefit from your good work—because religious liberty and respect for religion have strengthened this country from the beginning.” Mr. Sessions recalled that “it was faith that inspired Martin Luther King Jr. to march.” He quoted Dr. King as saying that “each individual has certain basic rights that are neither derived from nor conferred by the state . . . they are gifts from the hands of the Almighty God.”

I am proud to know these men. The SPLC, rather than challenging its opponents fairly, unscrupulously wields its hate list as a weapon to destroy them. That turns honest differences of opinion into rancorous conflict. Last month Rep. Steve Scalise was shot and gravely wounded by a man who had “liked” the SPLC on Facebook . The SPLC still has not taken down a 2014 blog post by one of its senior fellows, Mark Potok, asserting that Mr. Scalise “may have had some real affinities” with “a well-known group of white supremacists and neo-Nazis.”

One doesn’t have to agree with ADF’s views to see the problem of treating this law firm as equivalent to the Ku Klux Klan. Yet that is what the SPLC does. As Mr. Potok once admitted in a speech: “Sometimes the press will describe us as monitoring hate groups and so on. I want to say plainly that our aim in life is to destroy these groups, to completely destroy them.”

As the last election showed, Americans no longer trust the media—and this is a prime reason. ABC’s and NBC’s decision to give credence to the SPLC’s recklessly defamatory hate list was journalistic malpractice. If reporters want to regain public trust, they must stop spreading malignant propaganda and instead demonstrate a commitment to fairness and objectivity.

The ADF and its leaders advocate their views without needlessly dividing. They respectfully make their case in the courts. Every group should follow their example, no matter where they fall on the political spectrum. America’s public discourse is in desperate need of civility, truthfulness and integrity. The Southern Poverty Law Center’s political vandalism, on the other hand, drags the country down.