Freedom Centers Science and Public Policy How Junk Science Distorts What We Read, And The Wa ...

How Junk Science Distorts What We Read, And The Way We’re Governed

“Research papers attacking plastics are riddled with phrases like ‘may be associated’ or ‘causality not yet established’ but conclusions are drawn and promoted otherwise. Media need headlines, researchers need donor-pleasing publicity and satisfaction for their own radical beliefs, and the environmental left needs an anti-corporate agenda that raises millions, often from those conveniently scared by their lies.” 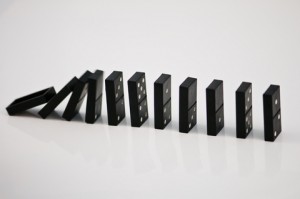 There is an enormous difference between political activism and medical science. Standing between should be media investigating instead of just taking notes, and physicians reviewing studies with an objective eye for methodology and intent, not simply taking a researcher’s word for it.

Instead, a lazy and compliant media and overwhelmed doctors are leading Americans to inconvenient, unnecessary and expensive lifestyle and consumer choices based on the same level of science it takes to cook brownies in an Easy Bake Oven.

In late February, a physician appeared on the Washington, DC Fox affiliate to inform consumers of a Yale University study claiming exposure to PFCs (important and ubiquitous stain and water-resistant compounds) leads to osteoarthritis in women. “Dr. Mike,” most certainly a caring physician, revealed this information as if it were gospel and we women should step away from non-stick pans before we lose the ability to walk.

However frightening Dr. Mike’s assertion was, it was equally as false. A review of this study reveals non-scientific results and exposes its agenda-driven silly science.

In other words, they guessed.

Authors admitted they did not establish causality and called for further exploration to actually find linkage between common chemicals and arthritis, but that did not stop them from promoting their conclusion that “associations” were real. This was then repeated as unassailable fact by an appropriately horrified TV anchor and his affiliated expert.

Dr. Mike also mentioned concern about BPA (Bisphenol A), a benign resin used in sports bottles, military helmets, DVD and BluRay disks, and myriad consumer and commercial products. Second only to the oil and gas industry, the environmental left hates chemical companies most. That their safe products are made under the strictest regulatory climate in the world, contribute $700 billion to the U.S. economy annually and support six million American jobs is of no concern to this movement; but then, neither is scientific honesty.

Many studies used by radical environmentalists to complain about plastics are ridiculous. One study, parroted to American consumers by CBS News, claimed BPA “may affect a developing brain.” Researchers concluded this by bathing mouse brain cells in a concentration of BPA impossible to replicate in any normal environment, and then claimed the cells reacted badly. It is likely the cells would have a similar reaction to immersion in a bowl of grape jelly.

Another study tried to scare us into believing BPA contributes to heart disease. Researchers took a single urine sample from hospitalized heart patients, found normal BPA trace amounts, and concluded BPA did it. It did not adjust for disease history, obesity, smoking or any actual heart disease risk factors.

Activist researchers claim BPA causes obesity because it can be used in fast food packaging. Fifty million Americans eat fast food every day; 84 percent of children, once a week. The greatest consumption of these high-calorie meals is in low-income neighborhoods where electronic welfare cards are accepted at fast food restaurants. According to the Centers for Disease control, 25% of Black children ages 6 – 17 are obese vs. 15% of White children. Black Americans under 40 get 21% of their calories from fast food – twice that of Whites. Heart disease death rates per 100,000 people is 186 overall and 224 for African-Americans.

Science and the political left ignore this devastating social problem that has nothing to do with burger wrappers – we are to believe it’s not the food making you fat; it’s the wrapper. A person would have to eat about 1000 pounds of plastic-wrapped food every day just to reach globally-accepted minimum safe levels of BPA. The CDC calculates that minute levels of BPA found in 93% of Americans is 1,000 times below minimum safe levels.

Research papers attacking plastics are riddled with phrases like “may be associated” or “causality not yet established” but conclusions are drawn and promoted otherwise. Media need headlines, researchers need donor-pleasing publicity and satisfaction for their own radical beliefs, and the environmental left needs an anti-corporate agenda that raises millions, often from those conveniently scared by their lies.

Consumers and physicians don’t need this steady diet of misrepresentations about what science has objectively proven – or not – about environmental hazards. Innocent association is prevalent in agenda-driven reports. Anything in our environment can be accused of harming us – everyone who has high blood pressure sits in chairs, so it must be the chairs.

Invoking their own disingenuous and inaccurate scientific methodology, we must therefore conclude that exposure to harmless polymers is the direct cause of the malignant lack of objectivity in environmental scientists.

Kerri Toloczko is a Senior Fellow at Frontiers of Freedom. This article first appeared in Forbes on March 15, 2013.