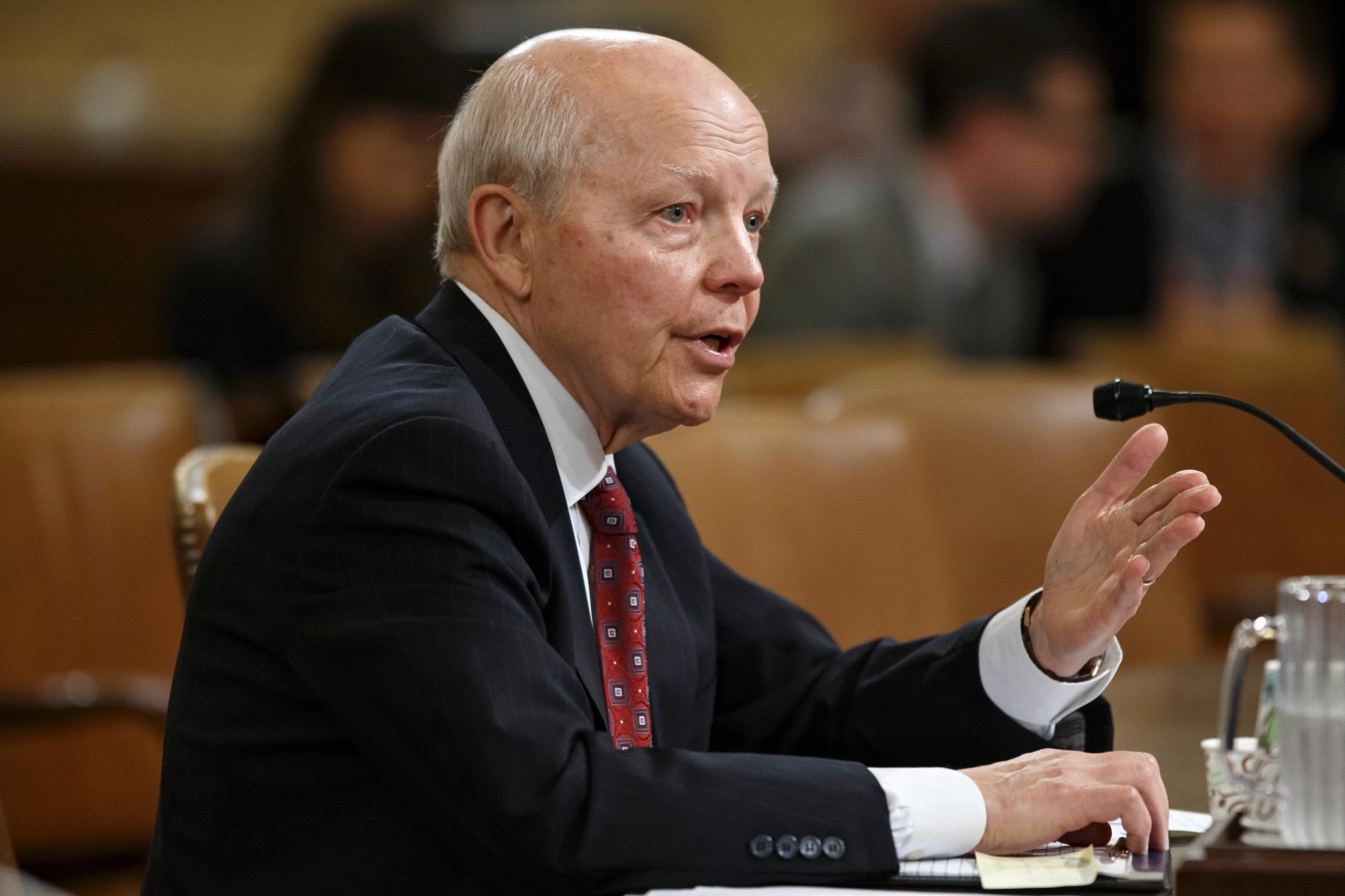 “Look,” wrote Lois Lerner, echoing Horace Greeley, “my view is that Lincoln was our worst president not our best. He should [have] let the [S]outh go. We really do seem to have 2 totally different mindsets.” Greeley, editor of the New York Tribune, was referring to Southern secessionist states when he urged President-elect Lincoln to “let the erring sisters go in peace.”

Greeley favored separating the nation from certain mind-sets; Lerner favors suppressing certain mind-sets. At the Internal Revenue Service, she participated in delaying for up to five years — effectively denying — tax-exempt status for, and hence restricting political activity by, groups with conservative mind-sets. She retired after refusing to testify to congressional committees, invoking Fifth Amendment protection against self-incrimination.

As the IRS coverup of its and her malfeasance continues, the Republicans’ new House leaders should exercise this constitutional power: “The House shall have the sole power of impeachment.” The current IRS director, John Koskinen, has earned this attention.

The Constitution’s framers, knowing that executive officers might not monitor themselves, provided the impeachment recourse to bolster the separation of powers. Federal officials can be impeached for dereliction of duty (as in Koskinen’s failure to disclose the disappearance of e-mails germane to a congressional investigation); for failure to comply (as in Koskinen’s noncompliance with a preservation order pertaining to an investigation); and for breach of trust (as in Koskinen’s refusal to testify accurately and keep promises made to Congress).

Rep. Jason Chaffetz (R-Utah), chairman of the Oversight and Government Reform Committee, says the IRS has “lied to Congress ” and “destroyed documents under subpoena.” He accuses Koskinen of “lies, obfuscation and deceit”: “He assured us he would comply with a congressional subpoena seeking Lois Lerner’s emails. Not only did he fail to keep that promise, we later learned he did not look in earnest for the information.”

After Koskinen complained about the high cost in time and money involved in the search, employees at a West Virginia data center told a Treasury Department official that no one asked for backup tapes of Lerner’s e-mails. Subpoenaed documents, including 422 tapes potentially containing 24,000 Lerner e-mails, were destroyed. For four months, Koskinen kept from Congress information about Lerner’s elusive e-mails. He testified under oath that he had “confirmed” that none of the tapes could be recovered.

Lerner conducted government business using private e-mail, and when she was told that the IRS’s instant messaging system was not archived, she replied: “Perfect.” Koskinen’s obfuscating testimonies have impeded investigation of unsavory practices, including the IRS’s sharing, potentially in violation of tax privacy laws, up to 1.25 million pages of confidential tax documents. Tom Fitton of Judicial Watch, which has forced the IRS to disgorge documents, says some “prove that the agency used donor lists to audit supporters of organizations engaged in First Amendment-protected lawful political speech.”

In July testimony, Koskinen consistently mischaracterized the Government Accountability Office report on IRS practices pertaining to IRS audits of tax-exempt status to groups. He wrongly testified that the report found “no examples of anyone who was improperly selected for an audit.” He mischaracterized the report’s criticism of IRS procedures for selecting exempt organizations for audits.

Contrary to his testimony, the report did not find that “individuals” were “automatically” selected for audit. The report did not investigate audits of individual taxpayers; it reviewed selection practices for audits of exempt organizations. The report noted, and Koskinen neglected to mention, that the IRS tracks information about high-net-worth individuals. Congress should investigate whether that tracking includes contributions to political committees and issue groups and whether the IRS then initiates audits of donors.

Koskinen has testified that “there’s no evidence that anybody outside the IRS had . . . any conversations with [Lerner] about [targeting conservative groups] or that she even had directives internally.”

How could he assert the absence of evidence that he had not sought? He had testified that he had conducted no investigation of the targeting.

Even if, as Koskinen says, he did not intentionally mislead Congress, he did not subsequently do his legal duty to correct the record in a timely manner. Even if he has not committed a crime such as perjury, he has a duty higher than merely avoiding criminality.

If the House votes to impeach, the Senate trial will not produce a two-thirds majority needed for conviction: Democrats are not ingrates. Impeachment would, however, test the mainstream media’s ability to continue ignoring this five-year-old scandal and would demonstrate to dissatisfied Republican voters that control of Congress can have gratifying consequences.