In 2010, Administration Predicted ‘Majority’ of Employer-Based Health Plans Would Disappear 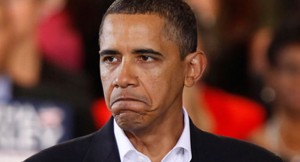 Editor’s Note:  Pres. Obama has been saying the past two weeks that he sincerely believed that if Americans liked their healthcare plan and their doctors, they could keep them. Those claims were implausible when uttered. But we now know that the Administration knew otherwise as early as 2010 and that it was planning on people losing their healthcare plan while the President was promising that we could keep our plans. We also now know that some in the White House was concerned about the President’s sweeping promise because they knew it wasn’t true. But others in the White House prevailed on continuing the falsehood because it was politically advantageous at that time to do so. Those are the indisputable facts.

The Obama administration has repeatedly said that the health-insurance-plan cancellations receiving so much attention in the news in recent days will affect only the 5 percent of Americans who purchase insurance on the individual market. The Department of Justice, however, in a brief filed in federal court last month, conceded that the number may be much higher. According to the administration’s numbers, nearly 80 million additional Americans, “a majority” of those on employer-sponsored health plans, may also be out of luck.

“It is projected that more group health plans will transition to the requirements under the regulations as time goes on,” DOJ lawyers wrote in response to court challenge to the law’s requirement that insurance plans provide coverage of contraception. “Defendants have estimated that a majority of group health plans will have lost their grandfather status by the end 2013.”

The DOJ cites the June 17, 2010, edition of the Federal Register, which acknowledges that within the first year of Obamacare’s employer mandate, the insurance plans offered by many employers will be canceled because their policies will not be grandfathered under the administration’s regulations. ”The Departments’ mid-range estimate is that 66 percent of small-employer plans and 45 percent of large-employer plans will relinquish their grandfather status by the end of 2013,” the Register says. “The low-end estimates are for 49 percent and 34 percent of small and large-employer plans, respectively, to have relinquished grandfather status, and the high-end estimates are 80 percent and 64 percent, respectively.”

The DOJ’s admission suggests the president’s promise that if you like your plan, you can keep it may ring hollow for far more Americans than the administration has let on.