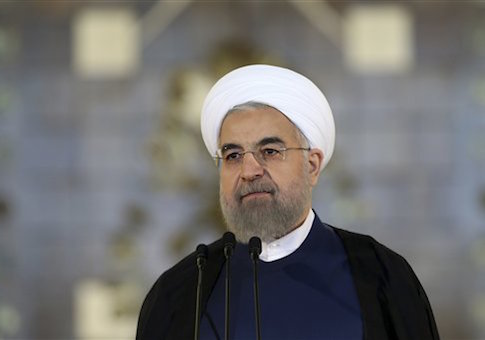 U.S. officials are fighting against a recently filed lawsuit by Iran in the International Court of Justice, or ICJ, that seeks to block the imposition of harsh new sanctions on Iran by the Trump administration, according to multiple U.S. officials who spoke to the Washington Free Beacon.

Iranian officials launched a formal complaint with the ICJ, a legal body established by the United Nations to adjudicate disagreements between member nations, against the United States earlier this month, alleging the reimposition of harsh new sanctions on Iran by the Trump administration violates international treaties created as a result of the landmark nuclear agreement.

Iran’s lawsuit is reportedly gaining traction at the ICJ, which sent an official letter to Secretary of State Mike Pompeo earlier this week urging him and the Trump administration to hold off on new sanctions amid an economic collapse in Iran that has ignited popular protests across the country.

Iranian officials lauded the latest development at the ICJ and lashed out at the Trump administration in public comments in which they formally rejected the U.S. president’s offers for a direct meeting. The war of words follows a tense few weeks between Trump and Iranian officials, which have sparked fears of a new regional war.

Trump administration officials working on the ICJ lawsuit told the Free Beacon Monday afternoon that Iran’s claims are baseless. Senior U.S. officials are now working to ensure the lawsuit is tossed from the court.

“We are aware of the application filed on July 16, 2018 by Iran in the International Court of Justice instituting proceedings against the United States,” a State Department official disclosed to the Free Beacon on Monday. “While I cannot comment on the specifics, Iran’s application is baseless, and we intend to vigorously defend the United States before the ICJ.”

“The U.S.’s reinstatement of sanctions is against the international standards, because this country was obliged to lift all sanctions against Iran under the U.N. Security Council resolution,” Boroujerdi was quoted as saying on Monday in Iran’s state-controlled press. “Such unlawful act can be sued.”

“The Foreign Ministry’s move to file a lawsuit against the U.S. at the International Court of Justice was very logical, which was confirmed by the ICJ and a date has been set for its proceeding,” the Iranian official added. “I believe that we can succeed if we act from the position of power in advocating the rights of the [Iranian] nation. … If the U.S. is found guilty in the lawsuit, the least achievement for Iran is a political win.”

Iran alleges in the court filings the United States has violated signed international treaties dating back as far as 1955.

A second U.S. official who works on Iran issues told the Free Beacon the Trump administration will not fall victim to Iran’s threats of war and international protestations against new sanctions. The Free Beacon reported last month that Iranian officials have been working closely with their European counterparts to skirt new U.S. sanctions and keep trade open.

“There’s no way that Iran gets to pursue its ‘Death to America’ agenda but we’re not allowed to respond. That isn’t how international law works,” said the official, who was not authorized to speak on record about the situation. “The Iranians would be better off changing their illegal behavior, including their calls for the destruction of Israel which is a U.N. member state, and engaging President Trump on his offer of a better deal than pursuing these nonsense lawsuits.”

Iranian military leaders, responding to a series of tweets by Trump warning Iran against threatening the Unite States, have vowed to deliver harsh reprisals against U.S. interests in the region should the American administration take action.

“Not a night goes by when we don’t think about you in our sleep. Let me tell you, Mr. Trump the gambler… Let me tell you, … know that we are near you, in places that don’t come to your mind,” Qasem Soleimani, the commander of the Iranian Revolutionary Guards Corps Quds Force said in recent remarks. “We are near you in places that you can’t even imagine. We are a nation of martyrdom. We are the nation of Imam Hussein. Ask around. We have endured many hardships.”