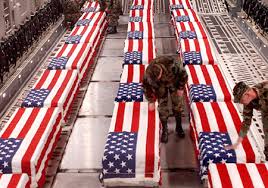 Vice President Mike Pence spoke at the carry ceremony at Joint Base Pearl Harbor-Hickam in Hawaii Wednesday night to mark the arrival of what is expected to be the remains of 55 American service members who died during the Korean War.

“We are gathered here at this honorable ceremony to receive 55 flag-draped cases which we trust include the remains of American heroes who fell in the Korean War,” Pence said at the beginning of his remarks. “Some have called the Korean War the forgotten War, but today, we prove these heroes were never forgotten. Today our boys are coming home.”

The North Korean government claims the remains of 55 fallen service members were returned, but the U.S. will now begin the work of identifying the remains. The gesture comes after the historic summit in Singapore between President Donald Trump and North Korean dictator Kim Jong Un. After the summit, Trump announced North Korea would return the remains of fallen U.S. soldiers from the Korean War back to the United States.

“We see today as tangible progress in our attempts to achieve peace, but today’s just the beginning,” Pence said. “Our work will not be complete until all of our fallen heroes are accounted for and home.”

The remains were held in individual boxes with an American flag draped over each box. U.S. forensic analysts will have a difficult time identifying the remains since North Korea provided little information and only provided one military dog tag.

Pence mentioned that his dad fought in combat in the Korean War and came back with a medal, but said his dad would always say “the real heroes of the Korean War were the ones who didn’t get to come home.”

“I just know there’s no place dad would rather have me be than here with all of you, welcoming these heroes home,” Pence said.

“Thank you to Chairman Kim Jong Un for keeping your word & starting the process of sending home the remains of our great and beloved missing fallen! I am not at all surprised that you took this kind action. Also, thank you for your nice letter – l look forward to seeing you soon!” Trump tweeted.

Pence told the crowd that “our work will not be complete until our fallen heroes are accounted for and home.”